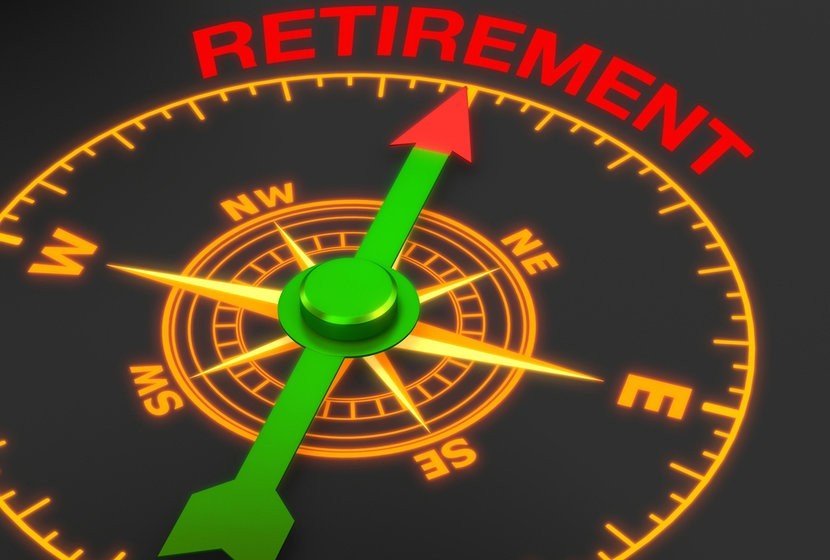 Why So Many Americans Aren’t Financially Prepared to Retire

When it comes to saving for retirement, many Americans are struggling—from how much to save to what to do with their savings, they're simply at a loss. In fact, “about 60% of Americans have no savings in retirement accounts like 401(k)s or IRAs,” reports Business Insider.

What's more, even those who are financially preparing for retirement may not be reaping the same rewards as previous generations. There's still a national shortfall. The Employee Benefit Research Institute (EBRI) estimates this shortfall in retirement savings to be at $4.13 trillion for heads-of-households aged 25 to 64, but the National Institute on Retirement Security (NIRS) finds the shortfall to be much higher, at $68 trillion.

Why do many Americans lack sufficient retirement savings? Theories abound, and while every situation is different, there are several factors that could be contributing to these retirement pains.

Read on to learn more about the state of retirement planning in America and how you may be able to better protect your wealth and standard of living with a Self-Directed Precious Metals IRA.

#1: A less than ideal economic environment

For many, the Great Recession is a distant memory. For others, the fact that the longest recession since World War II “officially ended” in June 2009 means very little as they continue to struggle with debt, declining wage growth, and fewer economic opportunities.

“For the full-year 2016, the economy grew 1.6 percent, the lowest reading on record since 2011 and down from an increase of 2.6 percent the prior year,” reports The Washington Post. These figures cement Obama's status as the first president since Herbert Hoover to not have at least one year of economic growth at 3 percent or higher, adds the Los Angeles Times.

Past economic growth may be one factor, but another one is just over the horizon—the U.S. population isn’t growing as quickly as it once was. In fact, the birth rate is at the lowest rate ever recorded in the U.S., says The Week, which could lead to a reduced workforce and less goods and services that companies can produce, not to mention an imbalance in the number of people entering versus leaving the workforce.

#2: Workplace retirement plans aren't what they used to be

Households age 55 to 64 are now the last cohort with a majority of households covered by a defined benefit plan, says the NIRS. (Note: a defined benefit plan, often referred to as a pension plan, guarantees a specific payout upon retirement. A defined contribution plan, like a 401(k), specifies how much money will go into a retirement plan, not what the result will be.)

Even workers with a 401(k) may not be fully prepared for retirement. “At first, the 401(k) was designed to be a thrift plan, an extra, a savings plan,” says the founder of Vanguard, John C. Bogle. “It was never designed to be a retirement plan.”

#3: Social Security is far from secure

Social Security provides current retirees with much of their income, reports NIRS, and the program has been a fixture of American life since 1935. Recently, however, rumors have surfaced that the program could soon face serious struggles. In fact, a 2016 Transamerica survey reports that 77 percent of workers fear Social Security will run out of money by the time they're ready to retire.

“The maximum monthly Social Security benefit for those retiring at full retirement age is a mere $2,687; the average payment is about $1,360 for all retirees, or less than $16,000 a year,” writes Forbes. Relying on Social Security alone is like walking a tightrope, a balancing act that could end at any moment.

#4: A general lack of financial literacy

The biggest problem Americans face when planning for retirement is ignorance, reports Business Insider. According to the results of a Prudential Investments survey, 40 percent of pre-retirees “don't know what to do to prepare for retirement.”

When it comes to enhancing the retirement preparedness in the U.S., an “essential ingredient will be improving employees' understanding of how to prepare for retirement,” says Larry Fink, CEO of BlackRock. “Now is the time to empower savers with new technologies and the education they need to make smart financial decisions. Retirement security is a matter of shared economic security.”

Financially preparing for retirement is about more than setting aside a certain percentage of your income each month. It's about understanding all the options that are available to you, like U.S. Money Reserve's Gold Standard IRA Program. Sign up to receive a free Precious Metals IRA Information Kit to further your education today. This could be the step you need to get your retirement goals on track.

#5: Traditional means of saving for retirement are unreliable

“Strategists project the Standard & Poor's 500-stock index will gain 4 percent on average in 2017—the lowest expected annual gain for the stock market since 2005,” reports the Bespoke Investment Group via The Washington Post. What's more, over the past several months, stock market “pros” have been reducing their expectations for what they think the stock market will return in the next year, but also over the next few decades.

“If average annual stock market returns fall by two percentage points over the next couple of decades, a 25-year-old saving for retirement would need to more than double how much she is saving to make up the shortfall,” says the EBRI via The Washington Post.

Is this speculation without precedent? Not necessarily. “GMO, a financial firm that accurately predicted the two previous market downturns, announced in September that it expects U.S. stocks to fall by an average 3.6 percent a year for the next seven years,” writes The Washington Post.

With the forecast as it stands, traditional means of saving for retirement may not produce the results that most pre-retirees are hoping for.

Your best option? Protect your own retirement

The NIRS has confirmed what most already know. Current retirement savings systems are not working for many households. For three consecutive years, the United States has ranked 19th in a global analysis of retirement security, behind Australia, New Zealand, Japan, South Korea, Canada, and 13 European countries, writes The Atlantic. Most Americans may not be able to maintain their standard of living after retirement, even if they work until the age of 67. Are you one of them?

If protecting your retirement is important to you, a Self-Directed Precious Metals Individual Retirement Account (IRA) should be something to consider. While like a conventional IRA account, a Self-Directed Precious Metals IRA can hold non-paper based assets, like gold and silver, in addition to the commonly held stocks, bonds, or mutual funds. Because of this, it can offer unique benefits over a traditional retirement account, including enhanced diversification, growth potential, insurance against fluctuations in currency and inflation, and most importantly—control.

Self-Directed Precious Metals IRAs are self-directed, which means you're in control of the asset mix. You're not restricted to only holding traditional account assets and you're not locked into a pre-determined asset group chosen by a fund custodian you've never met. You're in control over your gains, losses, and degree of risks—no one else.

America's retirement savings situation could be on its way to being declared a catastrophe. Only time will tell. Before the situation worsens, take the first step towards protecting your retirement. Pair your most important portfolio with one of history's best economic insurance policies, physical gold and silver. Professional IRA Account Executives are available to discuss and explore your individual retirement needs today. Call 1-844-307-1589 to learn more about U.S. Money Reserve's Gold Standard Precious Metals IRA Program!