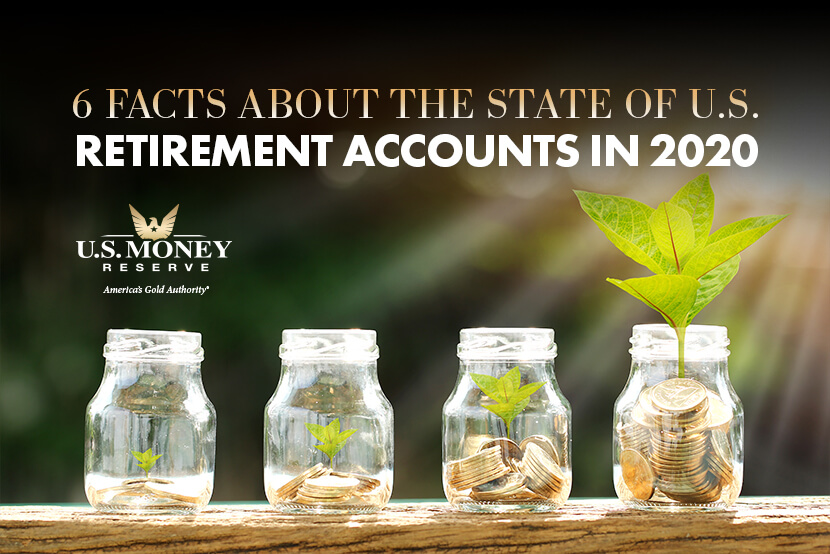 6 Must-Know Facts About the State of Retirement Accounts in the U.S.

You might not realize that Social Security is designed to replace just 40% of your income, and Social Security is expected to be fully depleted by the year 2035. Then benefits may drop because of funding shortfalls. Even so, about 22% of Americans have less than $5,000 earmarked for retirement savings.

What does the current state of retirement look like in America? These six scary retirement facts might send shivers down your spine.

1. Millions of Americans might not be fully prepared for retirement.

In a 2019 survey by the Federal Reserve, one fourth of working Americans indicated that they had no retirement savings, and fewer than 4 in 10 thought their retirement savings were on track. That’s just one spooky window into the country’s retirement house of horrors.

A 2020 survey by the Transamerica Center for Retirement Studies unearthed similarly chilling numbers. Surveyed U.S. workers expect to need an average of 67% of their current income during retirement, yet just 39% believe they’re on course to meet that need.

2. Many Americans lack confidence in their retirement strategies.

There are more retirement saving strategies than you can count. Some of the most beneficial ones, according to SmartAsset, include maxing out your 401(k), opening an IRA, steering clear of retirement fund fees, hedging against inflation, and delaying Social Security benefits.

Even so, the majority of Americans ages 40 to 79 (with at least $25,000 in assets) assign themselves a grade of C or lower when it comes to their retirement savings, according to a TD Ameritrade survey.

3. Many Americans are dipping into their retirement accounts early.

That means many people might be paying the high price of early withdrawals, though there are exceptions.

4. Some Americans might be relying too heavily on pensions.

Unfortunately, private-sector employers can terminate their pension plans. The Pension Benefit Guaranty Corporation does serve as a safety net in these cases. But as The Washington Post points out, Americans with pensions are increasingly heading toward retirement “feeling skittish about their pension security.”

Here, according to the Federal Reserve, is how retirement savings stack up for working Americans. In the survey, people could pick more than one retirement vehicle:

Of all those numbers, the especially frightening figure is that one fourth of the people surveyed have no retirement savings whatsoever.

5. Retirement savings may fall short for millions of Americans.

So how much money is in our retirement accounts? Well, some of our accounts might be as barren as a haunted house.

According to the TD Ameritrade survey, nearly two thirds of 40-somethings have less than $100,000 in retirement savings, and 28% of those in their 60s have less than $50,000. However, 4 in 10 U.S. workers estimate they’ll need to save at least $1 million for retirement, a 2020 survey by the Employment Benefit Research Institute shows.

That’s a big disconnect, particularly considering that some financial advisers recommend a retirement stash of $1 to $1.5 million.

The Social Security scenario is potentially very scary, especially when you realize that, according to the TD Ameritrade survey, 24% of people 40 to 79 view Social Security as a lifeline that will keep them afloat. The figure rises to 39% when considering just the 70 to 79 age group.

Do these scary retirement facts have you spooked? Let’s talk about something you can touch and see, like gold. Your retirement plans shouldn’t leave you feeling in the dark. Learn how precious metals can play a real and powerful role in your retirement portfolio.