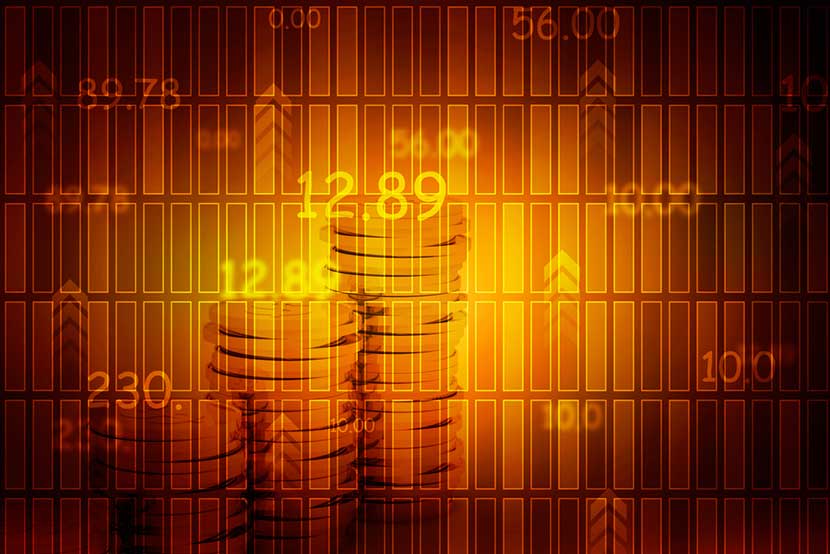 Gold, one of this year’s best performing assets, has room to extend its advance, according to top-ranked forecasters, even as the rebound shows signs of losing steam.

Capital Economics Ltd. and Cantor Fitzgerald LP are bullish as real interest rates will probably stay low even if the Federal Reserve raises borrowing costs in response to higher inflation. Bullion may surge to $1,350 an ounce by the year-end, according to Simona Gambarini, an economist at Capital Economics in London. The metal will continue to climb, though at a slower pace, according to Rob Chang at Cantor Fitzgerald in Toronto. Gold for immediate delivery advanced 1.6 percent to $1,252.21 an ounce at 2:40 p.m. in New York on Tuesday.

Bullion had its best quarter in almost three decades through March after the metal regained its haven status amid volatile financial markets, the spread of negative interest rates and as the Fed pared back expectations of further rate increases. Holdings in exchange-traded funds have climbed almost 21 percent this year and there appears to be a return of confidence, according to Chang. Gambarini was the joint top gold forecaster and Chang the best precious metals analyst, according to data compiled by Bloomberg for the first quarter.

“It’s a big change in sentiment toward precious metals,” Gambarini said in a phone interview on April 14. “The gold price has been quite resilient, which means that investors have definitely changed their attitude towards gold.”

Bullion may experience volatility until the Federal Open Market Committee meets in June, said Gambarini, who’s pricing in a rate increase that month. Once the rise in borrowing costs is out of the way, a “steeper” recovery is expected in gold, she said. Traders see a 18 percent chance of a hike at that meeting, according to data compiled by Bloomberg, while the Fed has cut expectations on the number of rate rises this year to two from four.

Cantor Fitzgerald’s Chang also thinks that the Fed will act twice — the first possibly in June and one more at the end of the year. “The Fed will remain cautious as U.S. domestic growth and global growth continue to be sluggish,” Chang said in an e-mailed response to questions on April 14. While the rally is on pause now, the metal “will continue its march higher, albeit at a more conservative pace,” he said.

There are bearish views in the market too. Goldman Sachs Group Inc. has predicted that prices will slump to $1,000 in 2017, saying this year’s fear-driven rally wasn’t justified. Oversea-Chinese Banking Corp., which held the title of top precious metals forecaster in Bloomberg rankings for more than a year, predicts gold will slide to $1,100 by the end of 2016, according to economist Barnabas Gan.

Bullion climbed to $1,284.64 on March 11, the highest in more than a year, before the rally fizzled as global equities erased losses for 2016 and the Chinese economy showed signs of recovery. A potentially destabilizing event like a British vote to leave the European Union or another crash in China’s stock markets would boost haven demand again, said Gambarini, who has covered precious metals for five years.

Gold tends to perform well in declining or negative real interest-rate environments, said Chang, who has covered precious metals since 2006. Central banks and investors will continue to have a strong incentive to diversify investments into assets like bullion that can’t be devalued by governments printing money, he said. In periods of low borrowing costs, history shows gold returns are typically more than double their long-term average, the World Gold Council said in March.