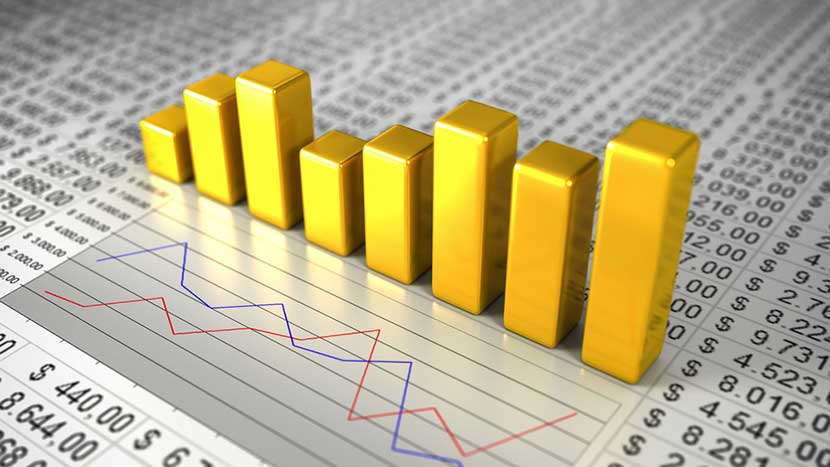 As global stocks enter a bear market, gold is on the verge of bull status.
Global stocks slumped Thursday as investors shunned risk worldwide amid concern that central-bank efforts to support economic growth are losing potency. Federal Reserve Chair Janet Yellen yesterday told Congress that market turbulence may weigh on the outlook for the economy if it persists.

Bullion has climbed 18 percent this year, making it the best-performing commodity. The outlook for U.S. interest rates to stay low has boosted gold’s appeal because it doesn’t pay interest like some other assets. Investors are piling into funds backed my the metal at the fastest pace in seven years. Shares of Barrick Gold Corp., the world’s largest producer of the metal, jumped to the highest since September 2014 in Toronto.
“Gold has been relentless, trading through $1,250 and then $1,260 in minutes; Uber drivers will be talking about this rally tonight,” Tai Wong, the director of commodity products trading at BMO Capital Markets Corp. in New York, said in an e-mail. “It seems that little exchange on negative rates with Yellen saying she wouldn’t take it off the table as a hypothetical may have sparked gold’s surge to highs.”
Gold futures for April delivery climbed 4.5 percent to settle at $1,247.80 an ounce at 1:51 p.m. on the Comex in New York. Trading on the Comex in New York was more than double the 100-day average for this time. A close at $1,259.52 would signal a 20 percent gain from a recent low and meet the common definition of a bull market.

Stock volatility and growth concerns will boost the appeal of bullion as a store of value and consumers in China and India may buy more, according to P.R. Somasundaram, the managing director for India at the World Gold Council. The group today said fourth-quarter global demand was the highest in more than two years.
Futures traders, who at the start of this year predicted a more than 50 percent chance of a U.S. rate increase in March, now peg the odds of a move by December at just 13 percent. Goldman Sachs Group Inc. said this week in a report before Yellen’s remarks that the bank still saw bullion dropping to $1,000 as the Fed hikes three times in 2016.
“It seems as though people are flooding to safe-haven assets,” Wayne Gordon, executive director for commodities and forex at UBS Wealth Management, said in a Bloomberg TV interview in Singapore on Thursday. “We still think we could have two rate hikes at the end of the year.”