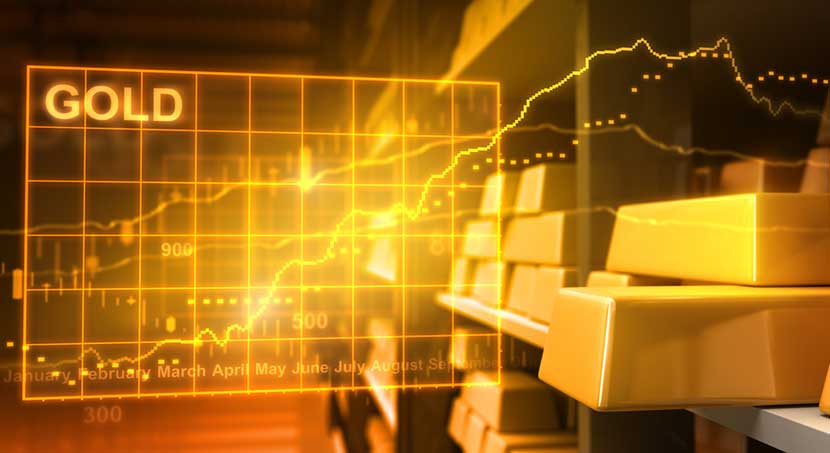 Is It Too Late to Buy Gold? 5 Reasons It’s Not

When gold plummeted to a six-year low in November 2015, many claimed it's too late to buy gold. China’s stock market had just slumped, the dollar was gaining strength, and holders of gold were nervous, waiting for the Federal Reserve to raise interest rates. At the end of 2015, the economic situation didn’t look rosy for this precious metal.

Fast forward to 2016. On April 10, 2016, Bloomberg reported that gold futures rose to the highest in almost three weeks. Gold consolidated high and maintained a majority of its early-year gains, a potential indicator of its relative strength in light of stock market slumps.

So, were the naysayers right when they said it was too late to buy? You decide. Here are five reasons that indicate it could be just the right time to buy gold.

5 Reasons It Could Be a Good Time to Buy Gold

1. Gold prices could continue to advance

On April 10, 2016 gold futures rose to the highest in almost three weeks, thanks to declines in the dollar and speculation that the Federal Reserve would be slow to boost interest rates. The increase aligns with Barron’s prediction that gold will trade in the $1,200/oz and $1,300/oz range for 2016, with gold prices increasing over the course of the year. George Milling-Stanley, head of the gold strategy team at State Street Global Advisors, recently said that he would like to see gold go up even higher, up to around $1,350 and $1,375 by Christmas.

2. Gold is a tangible, hard commodity

On August 22, 2013, the NASDAQ shut down for half a day; a year later, Bloomberg Businessweek released a story revealing that the shutdown (and various other hacker-type incidents dating back to 2010) was due to an attack virus planted on NASDAQ’s operating system—a virus traced back to the Russian state. Fortune surmises that despite taking years to come forward, the administration official behind the story wanted to warn entrepreneurs and financiers that the worst may be yet to come.

A cyber-financial war could be on the horizon. With their 2013 attack, Russia highlighted the vulnerability that comes with digital commodities. Physical gold, on the other hand, is a precious metal and not a digital commodity. It cannot be hacked and it cannot be erased.

Central banks, especially in nations to the East, are making notable moves to protect their reserves with gold. According to CNN Money, China is buying gold to help increase the confidence in its currency’s worth and diversify its reserves away from the U.S. dollar. Just last year, gold consumption in China grew 3.7% to 985.9 metric tons, reports Bloomberg.

This is a trend Senior Metals & Mining Analyst at Bloomberg Intelligence, Kenneth Hoffman, has been following. In a recent interview with Bloomberg TV’s Pamela Ritchie, he said, “There has been a bid for gold out of China… They’ve been buying it like crazy and they’ve been constantly in the market, particularly every time gold has had a leg back [sic] the Chinese always step in and buy an awful lot.” Rising superpowers like China and Russia have made it clear that gold is an important safeguard for the future of their reserves, with current trends indicating that they’re not likely to slow their consumption anytime soon.

Sign up now for your complete guide to buying gold! This gold information kit is the perfect starting point, with everything you need to know before making your gold purchase. Or call us toll-free now, our experienced and knowledgeable Account Executives are standing by at 1-866-MINT-GOLD

4. Buyers at home are stockpiling gold too

According to U.S. News and World Report, “Like clockwork, [buyers] have been dumping money into gold and treasuries since the start of the year.” Why? “The backdrop of robust global demand and increasing financial and economic uncertainty is supportive of gold,” says Mark O’Byrne, research director at Dublin-based GoldCore. In the third quarter of 2015 alone, the World Gold Council reported that U.S. demand for gold bars and coins spiked 207%.

5. There could be little gold remaining

No one knows for sure how much gold remains. Gold discovery rates are decreasing, even as spending on exploration increases. A March 2015 report from Goldman Sachs warns that mineable reserves of commodities like gold, silver, platinum, and copper could become “seriously scarce” within two decades. Eugene King, European metals and mining analyst at Goldman Sachs, expanded on this in a research note saying, “The combination of very low concentrations of metals in the Earth's crust, and very few quality deposits, means some things are truly scarce.” With demand reportedly on the rise and physical gold becomingly increasingly scarcer, it could be too late to buy gold in the future.

While it’s not too late to buy gold now, it could be later on for a number of reasons, including scarcity and price. No matter the turmoil at home, abroad, and in the digital world, gold continues to be a wise choice in light of the unknown and the unthinkable. If you’re interested in diversifying your financial portfolio and increasing your financial security with precious metals, call U.S. Money Reserve at1-866-MINT-GOLD or click to get your free gold information kit—before it’s too late to buy gold.