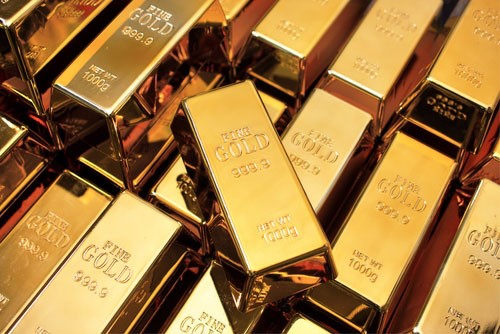 Why Now Is a Great Time to Buy Gold

After being bearish on gold prices during 2013 and 2014, I became mildly bullish on the precious metal in February of this year. With gold at $1,200 an ounce, I wrote an article discussing three reasons why I believed gold prices would bottom in 2015, and thus why I believe gold was an attractive long-term investment.

With gold’s recent decline to below $1,100 an ounce, I believe today is one of the best times to own gold. My three reasons for buying gold that I discussed in February have remained valid. I now want to reiterate and refresh my three reasons for owning gold at today’s prices.

1. Global gold mining production to decline over the next several years

According to the just-released, World Gold Council’s Q2 2015 Gold Demand Trends report, global mine supply during the 2nd quarter of this year totaled 781.6 tonnes, declining by 4% on a year-over-year basis. Not surprisingly, gold mining executives have continued to shift their focus away from exploration & development, to costs reduction and balance sheet deleveraging. A recent PricewaterhouseCoopers survey of global gold mining executives shows that 60% of them expect gold prices to continue to decrease (gold miners who are bearish on the precious metal tend not to invest in new exploration & development projects); moreover, 87% of the global mining executives surveyed expects costs to fall further or stay the same relative to that of 2014.

According to the World Gold Council’s Q2 2015 Gold Demand Trends report, global gold exploration & development activity fell to a new, record low last quarter, declining by over 60% since the late 2011 peak (when gold prices peaked at over $1,900 an ounce). Because of this decline in gold mining capital expenditures over the last several years, I expect annual global mining production to decline by 7%-10% over the next several years, which in turn will support gold prices.

The 1970s bull market in gold (when the price of gold rose from $35 to $850 an ounce in just a decade) was driven by the 1971 severing of the U.S. dollar link with gold, along with a rise in inflation fueled by Vietnam War spending, increased social welfare spending, lackluster U.S. productivity growth, and a highly accommodative Federal Reserve. While the year-over-year increase in U.S. inflation (as measured by the Consumer Price Index) remains tame at 0.1%, this is primarily due to the recent decline in energy prices. Leading indicators of U.S. inflation–such as the tightening job market, increased bank/credit lending, and higher minimum wages–are all pointing to higher inflation in 2016.

I also believe that the inclusion of the Chinese currency, the yuan, into the IMF’s Special Drawing Rights basket over the next several years is a foregone conclusion. Over the next 5-10 years, I expect global foreign currency reserve managers to begin buying the yuan as of part of global central bank reserves–over time, I expect the Chinese yuan to make up as much as 10% of all global central bank reserves, replacing the Japanese Yen as the world’s third most popular reserve currency. While the U.S. dollar is strong today, I believe a diversification of the world’s central bank reserves into the yuan (even just a 10% allocation) will in all likelihood result in a weakening of the U.S. dollar, which will in turn increase the attractiveness of gold as an investment or diversification tool for U.S. investors.

According to the World Gold Council’s Q2 2015 Gold Demand Trends report, global jewelry demand experienced a year-over-year decline of 81 tonnes (14%) during the 2nd quarter, mainly due to weak demand in India. The decline in Indian jewelry remand is temporary, as it was due to poor weather that had an adverse impact on crops and the incomes of the Indian rural population–an important source of gold jewelry demand. Moreover, Indian wedding-related demand for gold also declined last quarter, as there are no auspicious days for marriage on the Hindu calendar between June 11 and November 1 of this year.

Over the last decade, gold demand from China and India have risen by over 60%; collectively, the two countries now account for around 50% of global gold demand, up from just 33% a decade ago. By far the most important drivers of gold demand in China and India are income levels and urbanization, as both Chinese and Indian consumers have a strong affinity for gold jewelry. With the recent devaluation in the Chinese yuan, I also expect Chinese investment demand for gold to pick up over the next several years as Chinese citizens strive to protect themselves from a more volatile currency.

I thus believe gold is now a solid, long-term investment. Such a purchase could be made through an ETF, like the SPDR Gold Trust (GLD) or physical gold. For those who are willing to settle for more risk, you can also gain gold exposure through the Market Vectors Gold Miners ETF (GDX). For those who want to take advantage of rising gold prices through investing in gold miners, I currently like Goldcorp (GG), Yamana Gold AUY +% (AUY), and Eldorado Gold EGO -33.33% (EGO), which I discussed in a May 2015 article (“Three Gold Miners To Buy When Gold Bottoms Later This Year“).

This story originally appeared in Forbes by Henry To. View article here.