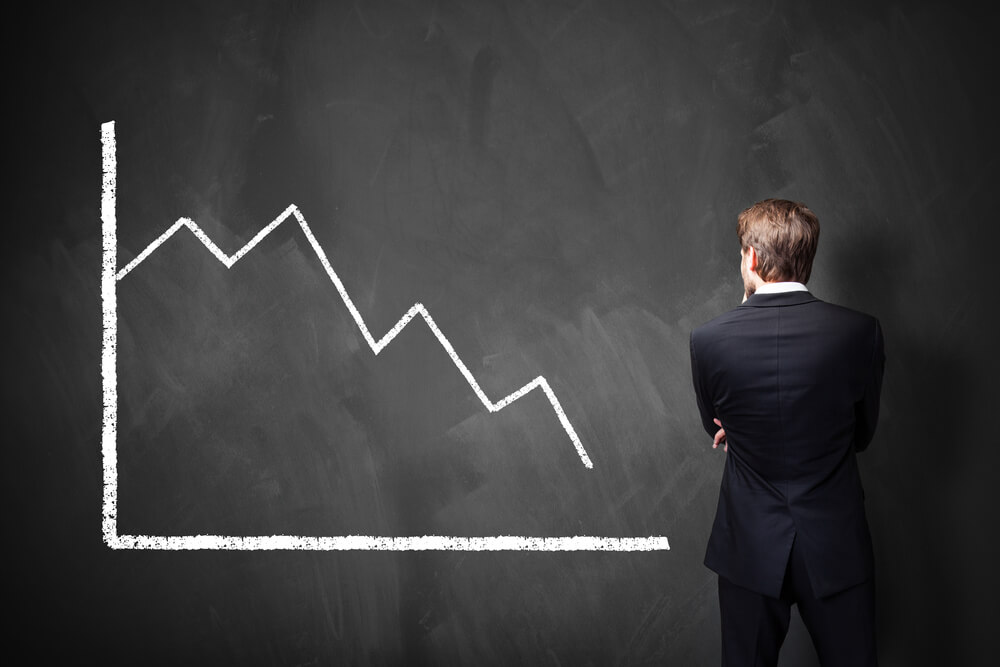 The Writing Is on the Wall

As one of the most volatile Octobers in the history of Wall Street moves into the rearview mirror, we’re left with the uneasy task of assessing the damage to our retirement holdings. Whether you’re vested in stocks, bonds, mutual funds, real estate, or even cash, you likely took some hits last month.

October was an undisputed bloodbath for financial markets. The Nasdaq plummeted 9%, the S&P 500 tumbled almost 7%, and the Dow shed 5%. Tech powerhouses Amazon and Netflix—who almost single-handedly propelled equities to new heights over a long and bountiful summer—lost about a fifth of their value in October.

There is a prevailing sense that the writing may now be on the wall with respect to a coming recession.

The “writing on the wall” admonition has Biblical roots dating back to the King of Babylon. It was during Belshazzar’s “great feast” (539 BCE) that the phrase mene, mene, tekel, upharsin mysteriously appeared on the wall of the banquet hall. The king summoned Daniel, known for his wisdom, to interpret its meaning. He conveyed to the panicked monarch that God had condemned his kingdom and doomed his reign. King Belshazzar was killed that night, and the “handwriting on the wall” went down in history as a premonition of disaster.

It is in this context that we remind everyone about the merits of precious metals as a crisis hedge. For over a decade, U.S. Money Reserve (USMR) has closely monitored market instability, economic uncertainty, monetary cycles, and geopolitical turbulence and put forth sound reasons for acquiring gold, silver, or platinum.

As one of the country’s largest distributors of U.S. government–issued coins, we’ve helped more than 500,000 customers enjoy financial security. And our research on economic trends and fiscal benchmarks has helped countless others weigh the value of using physical assets as a critical diversification strategy.

Americans devoured risk in 2018. We splurged on tech stocks, binged on energy, and gobbled up communication services. We doubled down on real estate and went all-in on borrowing and spending—all while the markets tumbled, home values stumbled, and consumer debt reached historic highs.

It’s one thing to dodge a few bullets. It’s quite another to run headlong into rapid fire.

Equities are risky, and a lot of nest eggs got hammered in October, revealing just how explosive the markets really are. It wasn’t the first time we saw unchecked volatility, and it won’t be the last—as there’s now a prevailing sense that the markets have suffered irreparable damage.

At U.S. Money Reserve, we believe in preserving the American Dream, and we’ve earned the trust of more than 500,000 savvy clients who have turned to us to help safeguard their retirement.

By adding gold or silver to your portfolio, you too can tap into a time-tested safe haven that has kept generations of Americans in profit positions.

So in between the office parties, family gatherings, and ladles of eggnog of the coming holiday season are the gnawing questions of 2019. What will the market do next? Will it get worse before it gets better? Can we really afford to let it ride?

A few things are certain: We cannot take a rain check on our retirement or request a do-over to recover lost savings. And we’re absolutely not getting any younger.

Or simply CLICK HERE to talk to a representative about how you can join more than half a million satisfied USMR clients who enjoy the security of a precious metals parachute and the power of recession-proof assets.

You can thank us later. Everyone always does.