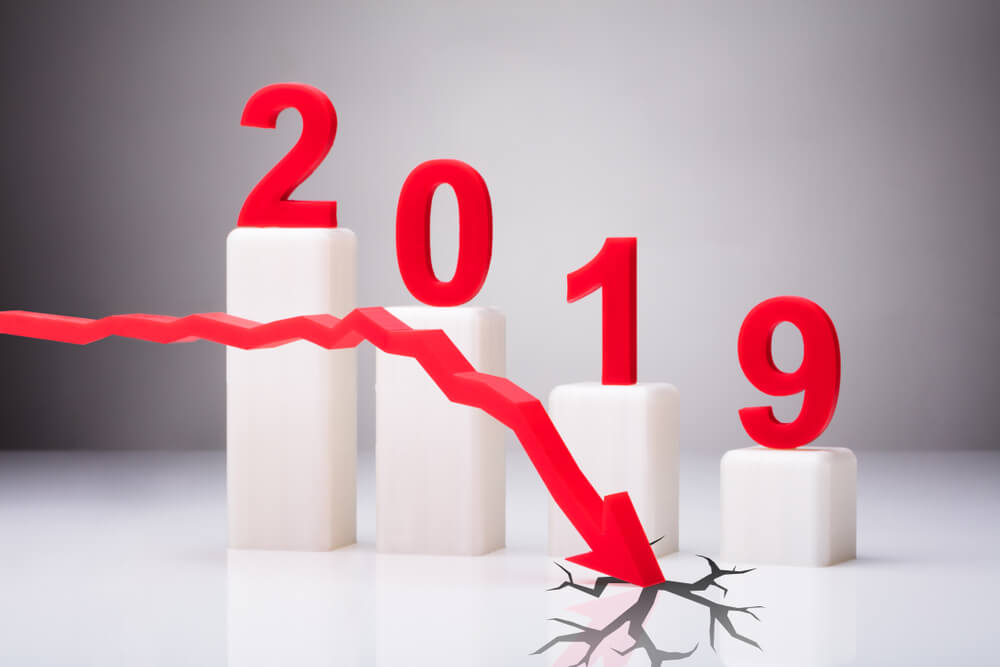 A New Year. An Old Portfolio. A Questionable Outcome.

The holidays are over. Christmas trees have been tossed to the curb, and we’re finally back to work. It’s 2019, the 19th year of the 21st century and the last year of the 2010s. We are customarily knee-deep in resolutions to lose weight, quit smoking, and get more sleep—but also up to our eyeballs in the fallout from 2018.

It was a tough year for anyone with a savings or retirement account. We became understandably unnerved by market volatility, economic uncertainty, slumping home prices, rising interest rates, and political polarization.

Suffice to say that last year not only went out with a bang—but with an explosion. The Dow and S&P 500 recorded their worst December since 1931 and logged their largest monthly loss since February 2009. After setting record upon record through a “too good to be true” summer and early fall, the wheels fell off the markets in October, and stocks never recovered. In 2018, Wall Street saw its worst declines since the financial crisis of 2008.

As 2019 gets underway, a lot of market pundits are offering some interesting advice: “Don’t look at your retirement statements,” advises one analyst. “Distract yourself from alarming headlines,” warns another. Yet another suggests that we just stop and “breathe.” This may be sage advice when your favorite football team misses the game-winning field goal—but not when your life savings is evaporating. Is there a clearer way to advocate that we “stick our head in the sand”? We’ve all lived long enough to know that ignoring forewarnings and practicing avoidance have never been winning strategies for anything.

But what’s most troubling about this wait-and-see approach is that we’re hard-pressed to find anyone who says 2019 is going to be markedly better. In early December, Maurice Obstfeld, the IMF’s chief economist, warned that global growth is slowing and the U.S. will likely be dragged down with it. “For the rest of the world there seems to be some air coming out of the balloon, and that, I think, will come back and also affect the U.S.,” he said.

In mid-December, the Federal Reserve lowered its 2019 growth forecast from 2.5% to 2.3%, and toward the end of the last year, Goldman Sachs cut its growth forecast for the first half of the year from 2.4% to just 2%.

Barron’s explained the pessimism this way:

“Tax changes passed at the end of 2017 boosted household incomes at the same time the government ramped up military spending. The price of oil rose by nearly 50% between mid-2017 and mid-2018, which increased capital investment in drilling, equipment, and housing for oil workers. All of those forces are likely to dissipate or reverse next year. Taxes will not get cut again.”

With economic weakness on tap, why would anyone stay the course, go all in on uncertainty, or double-down on volatility? Doing nothing and hoping for a different outcome is a bit risky, is it not?

We are, after all, riding the oldest bull market in history, which Fox Business says is now “showing its age.”

Add trade tensions, a massive debt burden, a divided government, and “the slow U-turn the Federal Reserve must take from nine years of cheap monetary policy,” and we’ve got a much more challenging scenario. “Raising/normalizing rates and deleveraging our national balance sheet at a rate of $50 billion per month changes the game,” according to Fox, “especially when Americans have been lulled into thinking easy credit terms were ours forevermore.”

So in this unpredictable new year, it may be an ideal time to reassess one’s portfolio and revisit asset allocation. Market data suggests that we’d be wise to regroup and rebalance, while global macro trends implore us to play some defense and find a reliable hedge. Don’t let gold be the piece your portfolio is missing.