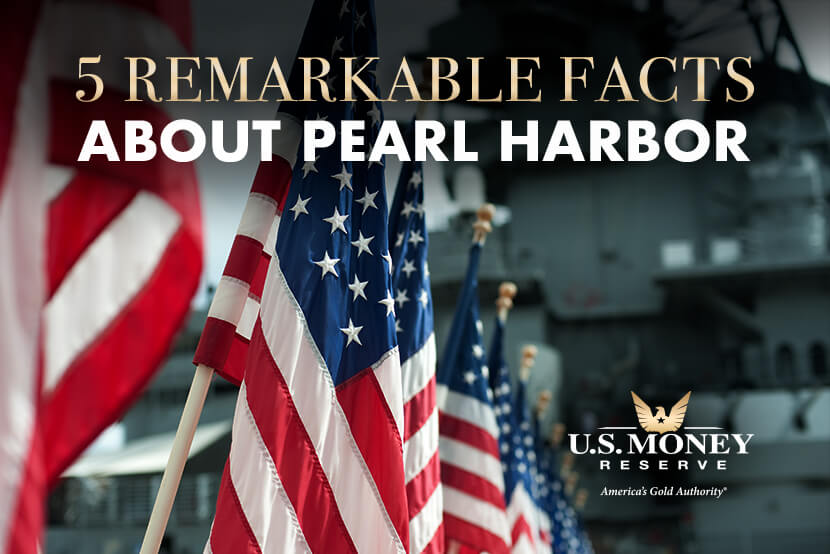 As predicted by Franklin D. Roosevelt, December 7, 1941, is indeed a date that lives in infamy. It was on this day that the Empire of Japan attacked our nation by air and by sea and took the lives of around 2,400 people.

December 7 marks National Pearl Harbor Remembrance Day—a date that helps us recognize the freedom our nation affords us and honor the brave men and women who work hard to preserve and protect that freedom.

As the march of time takes us further away from this pivotal date, it becomes increasingly important to pause, remember, and learn more. Share in our exploration of the most remarkable facts about Pearl Harbor.

1. Long Before the Attack: Water of Pearl Beside a Long Hill

Pearl oysters that once grew in the area inspired Hawaiians to call the area Wai Momi—or “Water of Pearl”—before its name became Pearl Harbor. The area was also once known by the name Puuloa, or “Long Hill.”

On December 6, 1941, a U.S. cryptologist—that is, a person capable of deciphering codes—intercepted a Japanese message about the ships of Pearl Harbor. The cryptologist handed the information to her supervisor—who decided that following up on the data could wait until December 8, which was a Monday.

In between, of course, was one of history’s most significant U.S. military losses.

Though the actions of U.S. service members were the very definition of bravery, Doris Miller was one man who distinguished himself. With a rank of Ship’s Cook, Third Class, Miller whipped up real trouble for the Japanese. He took control of a .50-caliber Browning antiaircraft machine gun on the U.S.S. West Virginia and shot down between four and six Japanese planes.

Five Army Air Corps pilots were able to take flight during the attack. Though no one knows exactly how many Japanese planes they were able to shoot down, two of the pilots (Ken Taylor and George Welch) have been credited with bringing down at least seven of the 29 Japanese planes that were wiped from the skies by American guns.

Welch was nominated for a Medal of Honor though sadly did not receive it because his commanding officer said he had taken off without orders, notes GovX.

The U.S.S. Arizona received a full load of fuel—1.5 million gallons—the day before the attack. That’s why the felled vessel continues leaking fuel to this day, nearly 80 years after the attack.

While few survivors of the ship’s crew remain among us, the Arizona holds an especially solemn place in their hearts. That’s one reason they have the option, once they pass away, of having their ashes placed beneath one of the submerged gun turrets.

Those interred in the Arizona will never be alone. The U.S.S. Arizona Memorial, which rests above the sunken ship, receives between one and two million visitors each year. Special events throughout the year help keep the heroes’ memories alive.

U.S. Money Reserve is one of the few precious metals companies in the world to sell exclusive, legal-tender gold coins such as the 1-oz. Pearl Harbor gold coin.

We invite you to read more about our connection to Pearl Harbor and commemorating the bravery of all who fought and perished there.