A mission over a decade in the making, U.S. Money Reserve proudly releases the first legal tender coin series honoring the 75th Anniversary of the attack on Pearl Harbor. These pure gold and silver coins forever memorialize this powerful moment in history. Own this rare masterpiece and keep the memory alive for generations to come. 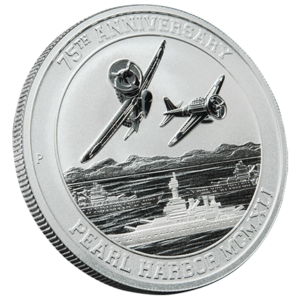 Worldwide exclusive! Own the ultimate WWII tribute with the only 75th Anniversary Pearl Harbor Silver Coin struck from 1 oz. of pure .9999 silver. 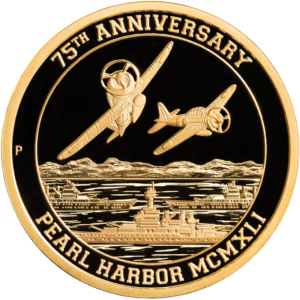 Joining forces with the U.S. Navy Memorial Foundation, U.S. Money Reserve will donate a portion of the proceeds from every Pearl Harbor Coin to help raise a Lone Sailor statue at Pearl Harbor. Proposed to be constructed with metal from the USS Arizona, this statue calls upon the timeless values of the U.S. Navy: honor, courage and commitment. With your help, this statue was ceremoniously unveiled on the 225 Birthday of the U.S. Navy, on October 13, 2017. 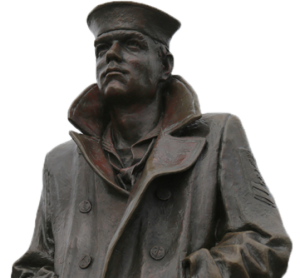 Joining forces with the U.S. Navy Memorial Foundation, U.S. Money Reserve will donate a portion of the proceeds from every Pearl Harbor Coin to help raise a Lone Sailor statue at Pearl Harbor. Proposed to be constructed with metal from the USS Arizona, this statue calls upon the timeless values of the U.S. Navy: honor, courage and commitment. 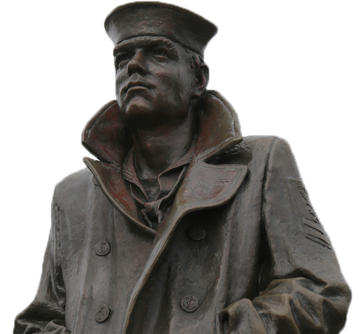 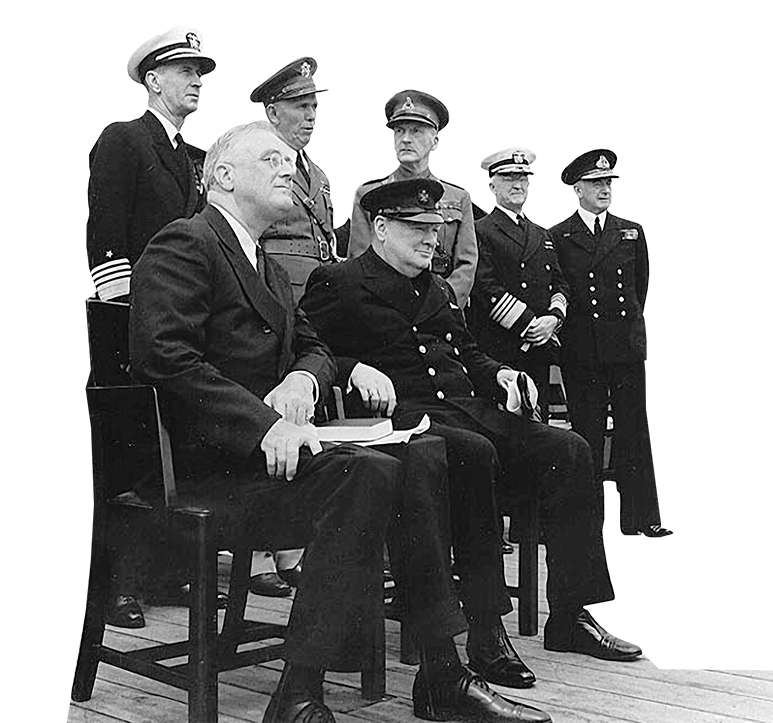 A Date Which Will Live in Infamy...

On a calm Sunday morning 75 years ago, the skies above Pearl Harbor darkened. Two waves of Imperial Japanese fighter aircraft launched a surprise attack on the U.S. Pacific Fleet off the island of Oahu, Hawaii. The entire assault lasted less than two hours, but the devastation was inconceivable. Over 2,400 U.S. soldiers and civilians alike were killed in the surprise attack, with nearly another 1,200 wounded.

While the assault was a surprise, our country’s historic response was not. The devastating blow propelled a formerly divided nation to stand united as a people and with our Allies abroad. America soon declared war on Japan, signaling its official entry into World War II and forever changing the course of history. As President Franklin D. Roosevelt proclaimed to a shocked nation, December 7, 1941 would be forever remembered as a “date which will live in infamy”—and still is.

Honor the Past with Gold & Silver Today!

A mission over a decade in the making, our team of numismatic experts searched the globe far and wide to carefully select a world-class government minting institution recognized for crafting numismatic achievements that stand the test of time. After years of planning, designing and collaborating, we are proud to partner with one of the most established and trusted names in government-issued coin production—Australia’s Perth Mint. Calling upon our shared history of Allied Forces uniting as defenders of freedom in dark times, U.S. Money Reserve’s partnership with this elite government mint secures a triumphant victory in modern coinage.

*Official legal tender under the authority of the government of Tuvalu.

Take advantage of this exclusive release before it’s too late

Today’s release symbolizes the sacrifice made by American armed forces and citizens on one prolific day. Whether you are an American patriot, history enthusiast, military supporter or defender of freedom—or looking for a unique opportunity to diversify your wealth protection in the form of precious metals—here is the ultimate gold and silver owner’s asset. This is a once-in-a-lifetime opportunity to secure exclusive government-minted gold and silver coins full of historical significance and profit potential for years to come. Do not delay! 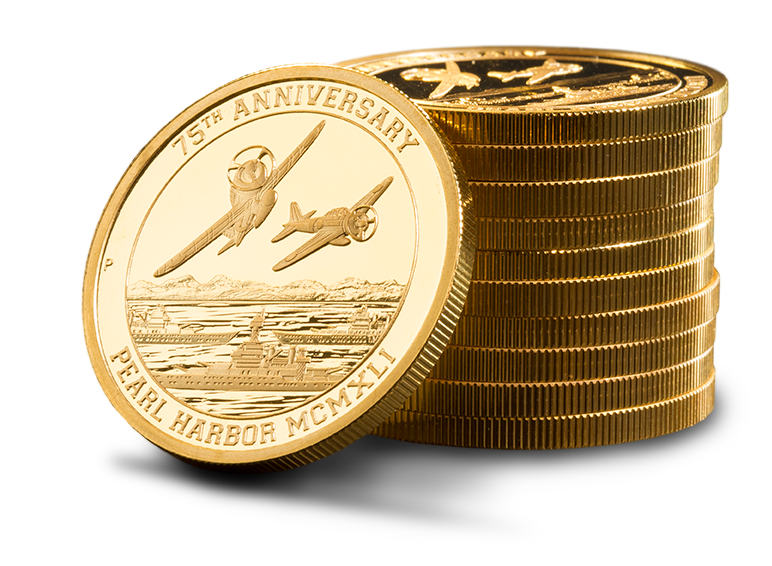 This solicitation is being conducted by U.S. Money Reserve, Inc. (“USMR”), a Delaware corporation, with its principal office at 6500 River Place Blvd., Bldg. 3, Suite 400, Austin, Texas 78730, a commercial co-venturer with U.S. Navy Memorial Foundation (“USNMF”), with its principal office at 701 Pennsylvania Avenue, N.W., Suite 123, Washington, DC 20004, (202) 737-2300. For every 75th Anniversary Pearl Harbor coin purchased, $5 will be donated by USMR to USNMF. All of the contributions raised by the solicitation will be utilized for the production and installation of the USNMF Lone Sailor Statue expected to be installed at a location to be determined in Pearl Harbor, HI. The advertising campaign for the Pearl Harbor Coins will terminate on or about February 28, 2021. USMR and USNMF are not affiliated with the U.S. Navy or any unit of the U.S. Government. All spokespeople appearing in USMR’s advertisements and all USMR representatives are compensated for their efforts. INFORMATION FILED WITH THE NEW JERSEY ATTORNEY GENERAL CONCERNING THIS CHARITABLE SOLICITATION AND THE PERCENTAGE OF CONTRIBUTIONS RECEIVED BY THE CHARITY DURING THE LAST REPORTING PERIOD THAT WERE DEDICATED TO THE CHARITABLE PURPOSE MAY BE OBTAINED FROM THE ATTORNEY GENERAL OF THE STATE OF NEW JERSEY BY CALLING 973-504-6215 AND IS AVAILABLE ON THE INTERNET AT: http://www.state.nj.us/lps/ca/charfrm.htm. REGISTRATION WITH THE ATTORNEY GENERAL DOES NOT IMPLY ENDORSEMENT.