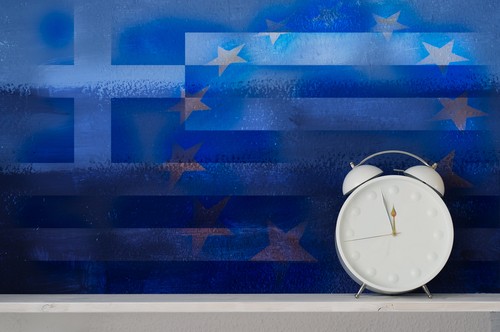 Greece ‘48 Hours Away From Unrest’

Fund managers are questioning how the International Monetary Fund and Europe’s leaders can seal a deal with Athens following the “no” vote in a Greek referendum on Sunday. Sixty-one percent of voters rejected austerity, increasing the likelihood of an exit from the euro area.

“I don’t see a good resolution any time soon,” Colin Lancaster, senior managing director with Balyasny, a $9 billion fund based in Chicago, said in an e-mailed response to questions. “The big question is whether the EU adopts a strategy of waiting them out. The hope would be that the unrest leads to a unity government or change in government.”

Hedge fund managers turned cautious on global equities in the run-up to Sunday’s vote, with sales of stocks sending a gauge of manager bullishness sliding. The Evercore ISI index of hedge fund long versus short bets was at 50.5 in the week ending July 1, down from 51.8 at the start of June, data from the New York-based research firm show.

The survey, based on 31 hedge funds with about $86 billion under management, tracks investments on a zero through 100 scale. Readings of zero show “maximum” short selling, or the sale of borrowed equities with the hope of profiting by buying them at lower prices later; 100 means “maximum” bullish bets. The index has dipped below 50 only twice in the past year.

There’s little chance of Greece accepting a deal unless the country’s debt is restructured, Philippe Ferreira, global strategist at Lyxor Asset Management, a Paris-based unit of Societe Generale SA with investments in about 100 hedge funds, said in an e-mail. Investors should be cautious as European Union leaders may not have an adequate plan B if negotiations fail, he said.

Bruce Richards, co-founder of U.S. hedge fund Marathon Asset Management, said last week Tsipras will be gone within 30 days regardless of the outcome of the nation’s referendum.

A “no” vote would cause “rioting in the streets come weeks from now when the banks are closing and you have drachma,” he said in an interview on the television program “Wall Street Week.”

Europe’s leaders run the danger of setting a precedent for other governments if they agree to a writedown for Greece, said Savvas Savouri, chief economist at Toscafund Asset Management, a $3 billion London-based hedge fund.

“Other debt-burdened countries will campaign for the same treatment,” he said. “That is especially relevant with a Spanish election in December.”

This story originally appeared in Bloomberg Business by Will Wainewright. View article here.