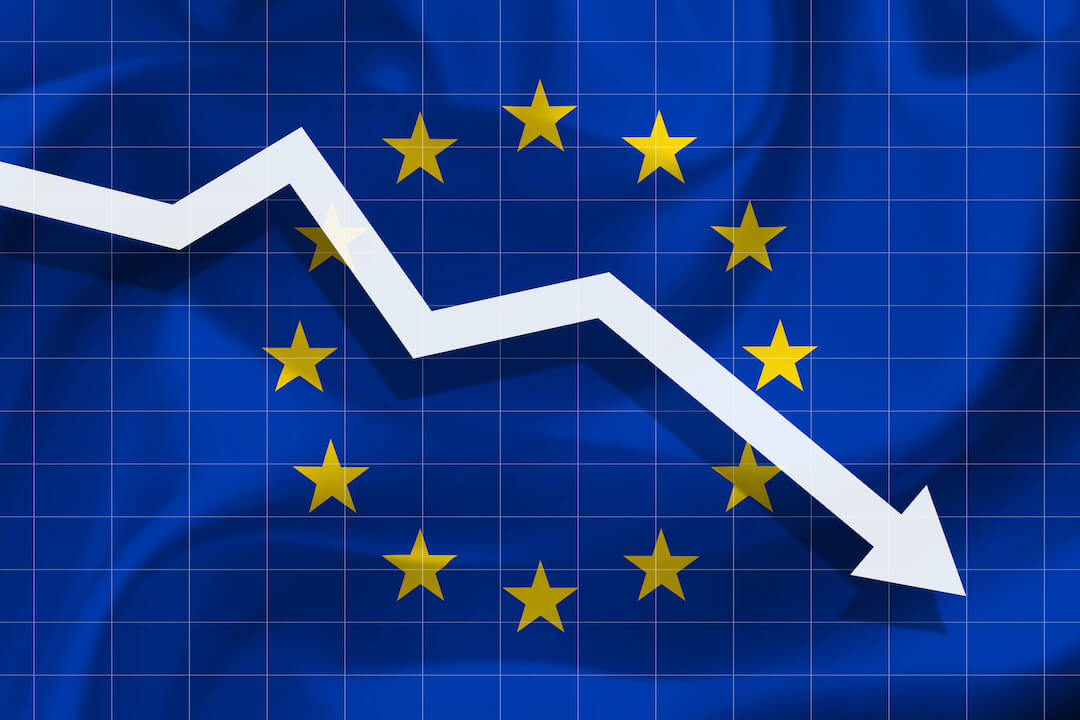 The Mighty German Engine Is Sputtering—so Goes the Eurozone?

Europe has just posted downright dismal PMI (Purchasing Managers’ Index) numbers. The Purchasing Managers’ Index is a leading indicator of manufacturing activity and a carefully watched barometer of economic health. The latest PMI flash data that covers 19 countries in the European Union suggests that the eurozone could be moving closer to recession.

A PMI reading above 50 generally suggests an economic expansion, while anything below 50 indicates a contraction. The monthly flash report for September (an advanced indicator) fell from an already weak 47 in August down to 45.6. This is the lowest reading in almost seven years.

Back in 2012, Europe was in the midst of a euro area recession. Austerity measures were in place, protests were underway, and the terms “Brexit,” “Grexit,” and “Fixit” were the catch phrases of “euro skeptics” hoping for a slow dissolution of the union. Meanwhile, the European Central Bank (ECB) was slashing interest rates, and euro officials were embroiled in a Greek debt crisis, a French credit crisis, an Italian and Spanish bond crisis, and a slew of bailout requests.

Germany, however, with its export power and manufacturing prowess, was the red-hot combustion engine of growth. Berlin has always been the fiscal giant at the heart of the European Union, rescuing a steady stream of dependent nations in an effort to keep the EU afloat. In 2019, however, the Deutsch drivetrain has slowed dramatically as German PMI fell to 41.4 in September, the lowest in number in more than 10 years.

Germany is Europe’s biggest economy, and its export-driven industrial sector, particularly car production, has been hit hard by the U.S.-China trade war, Brexit uncertainty, and the rise of electric vehicles. Even the iconic Frankfurt Auto Show, considered the world’s biggest and best, reported fewer cars and fewer people this month.

The German economy contracted in the second quarter of this year and appears likely to do so again. And if Germany topples into recession, the shockwaves will be felt across the region—particularly in France, Italy, Spain, and Portugal.

The prospect of Berlin no longer “coming to the rescue” is a serious blow to European Union member states. A growing chorus of analysts actually believe that Germany is already in a recession—and this, in part, has fueled the ECB’s new “whatever it takes” stimulus remedies and prompted Fortune magazine to declare that “Europe Has a Germany Problem.” Indeed, many German firms are already cutting hours and pay, employing short-term contractors, considering widespread layoffs, and comparing current conditions to the dark days of the 2008 financial crisis.

Christine Lagarde, chairwoman of the International Monetary Fund and slated to be the next president of the European Central Bank, has attributed much of the economic gloom to the trade war, which is set to shave 0.8% off of global growth next year.

The dire forecasts and downbeat EU data have been a boon for gold, however.

With a growing chorus of forecasters putting the yellow metal at $1,600/oz., $1,800/oz., or even higher next year, it’s high time to get off the sidelines and diversify.