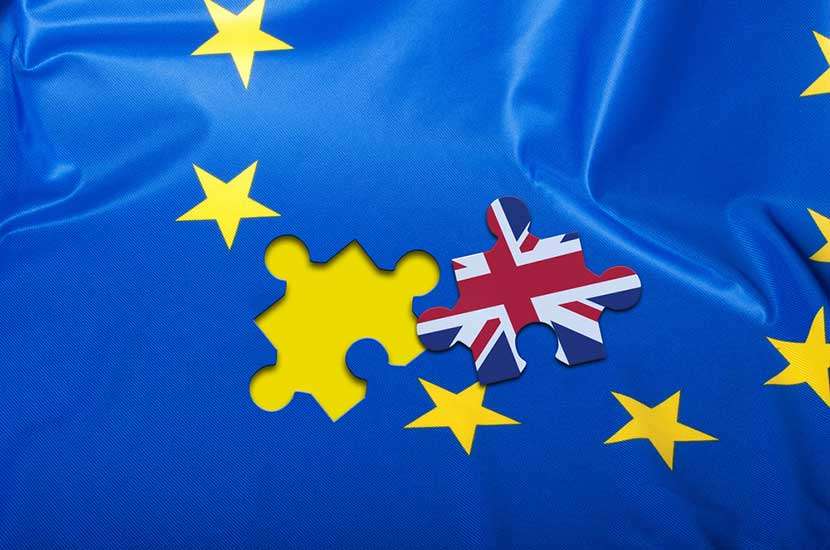 HSBC: Gold Could Explode if Britain Votes for Brexit

Gold prices could explode if Britons decide to vote for leaving the European Union in the referendum on June 23 — also known as a Brexit.

Gold is seen as a haven for cash. It doesn't pay a coupon like a bond, and it doesn't pay a dividend from a stock, but it does mean you own ounces in a physical precious metal that you can hold onto.

And it is for this reason that chief precious metals analyst James Steel and his team at HSBC say that using gold as a hedging measure could be effective against the effects of the financial uncertainty of a Brexit (emphasis ours):

Although being short the GBP is perhaps an obvious hedge against a Brexit vote, the GBP could rally sharply if the referendum reaffirmed the UK’s membership in the EU, while this would not be the case with the CHF, according to the forex team.

Like the CHF, gold would also likely benefit from a sizable “safehaven” bid in the event of a Brexit vote. The currency team believes the CHF is unlikely to weaken should the UK choose to remain in the EU and we believe the same rationale applies to gold.

Like the CHF, gold does not appear to reflect a substantial premium regarding an exit vote. The lack of sensitivity may make both a good hedge.

As the UK's vote on whether or not to leave the European Union draws closer, it is starting look increasingly likely the people of Britain will vote to remain in the 28-member bloc, rejecting the chance of a Brexit.

But regardless of how things look in polls, until the referendum's result is confirmed, there will always be some uncertainty surrounding Brexit. Nowhere will that uncertainty have more impact than in the financial markets, with much attention trained on the performance of the pound and the euro in coming months.

Earlier this month, HSBC suggested that the best way to protect against the financial impacts of Brexit could be to invest in the Swiss franc.

“If ‘Brexit' is rejected then the CHF is unlikely to weaken much as little political risk seems to be priced into the currency. If, by contrast, the UK votes to leave the EU, then the CHF would enjoy a sizeable safe-haven bid amid the scramble out of GBP and EUR,” said HSBC's currency analysts in a note.

Gold has rallied massively in 2016, enjoying its best quarter in nearly three decades at the start of the year, gaining around 18% to the end of March, and coming close to the top of the charts when it comes to global asset strength.

Steel and his team at HSBC argued in the note on Monday that the uncertainty surrounding the referendum could push the rally even further (emphasis ours):

Another bullish driver of gold may be the potential for hedging ahead of the UK’s referendum on EU membership. HSBC forex strategists offer a variety of reasons why the CHF is a good currency hedge ahead of the referendum.

These include the likelihood of a rally in case of a vote to leave the EU, but likely less downside if the referendum affirms the UK’s membership in the EU.

We believe this asymmetric relationship also applies to gold.

We continue to see the potential for gold to reach USD1,300/oz this year. As well as a weaker USD, we see global risks and a modest recovery in oil prices as gold-bullish. The more tame Fed tightening cycle, compared to expectations last year, should also support gold.

While gold would make a good hedge against Brexit woes, HSBC is keen to point out that it isn't a guarantee that either gold or the franc are completely safe from Brexit uncertainty, providing a chart to show just that.

The chart, HSBC says, shows that “neither gold, nor the CHF are indifferent to political risk.” The bank goes on to say:

The chart shows the behavior of three perceived “safe-haven” assets, the CHF, JPY, and gold, in the run-up to the UK’s general election in 2015. In the end, the opinion polls were wrong and the Conservative Party secured an overall majority, immediately removing the political risk premium but putting us on a path to the upcoming EU membership referendum. The chart suggests that the CHF (in red) enjoyed a considerable “safe-haven” bid in the month before the election, as did gold.

This story originally appeared on Business Insider by Will Martin on April 26, 2016. View article here.