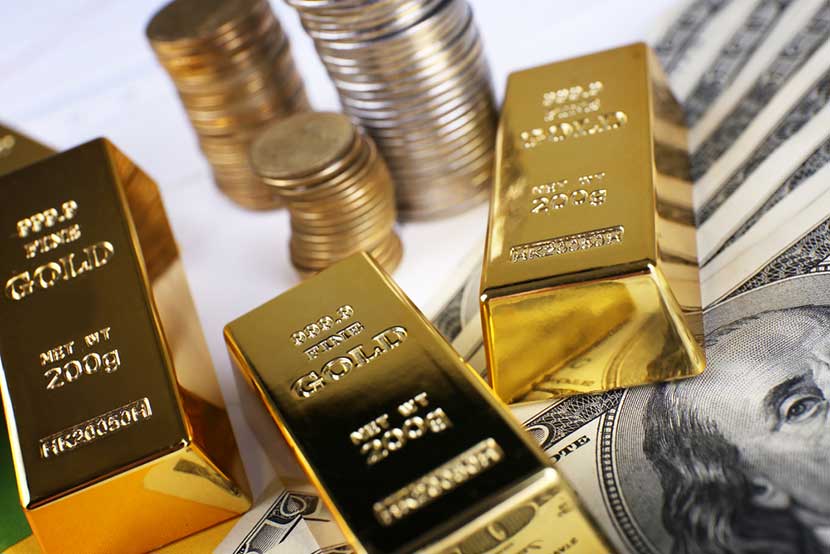 Gold has performed better than most other major asset classes this year, rallying around 16 percent since the start of the year as investors rushed into traditional the safe haven asset.

Even against the resurgent Japanese yen, gold is up 9 percent, making the precious metal's rally in the top percentile over the last three decades.

“To put this into context, it puts the move seen over the past 39 trading days against the U.S. dollar in the top 8 percent of upward moves over a comparable period since 1968, and in the top 5 percent against sterling since 1970. Similarly the move seen against the euro also falls into the top 5 percent seen since the currencies formation since its formation at the start of 1999. In other words the rally this year has been a significant one,” said chief markets strategist at BNY Mellon, Simon Derrick.

This week, gold has continued to rack up significant moves as U.K. prime minister David Cameron set a date for the referendum on the U.K's membership of the European Union. The pound slumped to a near seven-year low against the dollar after the announcement.

“Given that the only significant development in the currency markets (other than the impact of renewed concerns in the oil market) has been the referendum related concerns surrounding the pound it seems reasonable to conclude that the rally in gold prices is, at least in part, related to this. This is an interesting development as it revives memories of how gold performed during one of the more notable European currency crises of the early 1990s,” Derrick said.
Gold rallied in 1993 after the U.K. pulled out of European system known as the Exchange Rate Mechanism or ERM, as new pressures on the system began to emerge.

In May, gold powered up to around $385 per troy ounce, from a low in March of $326, before a lull set in.
“Something nags away at us about the nature of the move over the past few days. Perhaps it's just the European connection, albeit that the issue under discussion is membership of the EU rather than the ERM, but the fact that this week's move does not seem to have been about monetary policy concerns per se seems worthy of note given our memories of what happened 23 years ago,” he added.

Analysts at ABN Amro said gold's latest moves have been more akin to a risk asset, rather than a safe haven.
As investors need to look to longer-dated bonds to avoid taking on negative interest rates and major central banks are likely to cut interest rates further into negative territory, gold prices have received considerable support.
“Gold prices are in this environment are attractive. The new risk-on trade appears to be long gold as most currencies and some assets are not attractive. In addition, the low gold price makes gold a relatively safe bet in comparison to other assets,” said head of FX and precious metals at the bank, Georgette Boele.