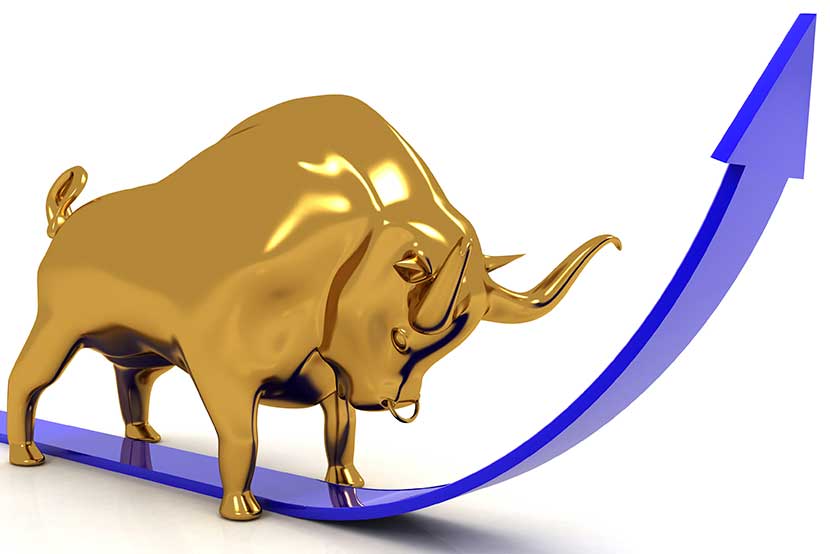 A slew of bullish bets on gold were announced following the shock result of the U.K.'s referendum on its EU membership, but one investment bank has just given an even more generous prediction for the future price of the precious metal.

A global research team at Bank of America Merrill Lynch is calling for gold to rise 10 percent between now and the end of next year and expects it to close in on $1,500 per troy ounce, from its current price of $1,355.
“The world has been walking from crisis to crisis and we see risks that this may not change,” the team, led by Michael Widmer, said in a report released on Friday morning.
“We called a bottom in gold in February and Brexit reinforces our view. As such we are upgrading next year's gold price forecast from $1,325 per ounce to $1,475 per ounce.”
Bullion is often seen as a safe haven in times of economic stress. The non-yielding asset is also seen as a solid bet when yields are being suppressed by aggressive monetary policy, something that investors might have to carry on persevering following the Brexit vote in the U.K.
The Bank of England has already hinted at a rate cut this summer and the Bank of Japan may ramp up its own stimulus with the yen soaring higher and diminishing the benefits a weaker currency may have had for its export-focused companies.
“The current uncertainty also suggests that an accelerated rate hiking cycle is unlikely, so interest rates globally are set to remain low, which in turn reduces the opportunity costs of holding a non-yielding asset like gold,” the investment bank said.
Retail investors also buy gold to protect their savings against inflation which some worry can be stoked by quantitative easing programs from central banks. U.K.-based online bullion trader BullionVault reported a record £30 million ($39 million) of gold and silver trading on its exchange on “Brexit Friday.”
Gold hit more than two-year highs on Wednesday this week and was eyeing its sixth week of gains on Friday. The prediction of a 10 percent price surge from Bank of America Merrill Lynch is bullish but fairly muted compared to some other analysts. Barry Dawes of Paradigm Securities told CNBC Friday that he expects it to reach $1,500 an ounce by the end of this year and didn't rule out the possibility of it testing the record highs of $1,900 an ounce seen in 2011.
“Over the last few years we have seen really strong demand out of Asia and that has really sucked all the readily available gold out of the West and it's tightened the market up. Brexit to me is a sideshow,” Dawes said.
Others are more cautious with their estimates. Societe Generale analysts believe gold could reach $1,350 per ounce in the early part of next year but then drift lower. UBS sees an average price of $1,400 per ounce across 2017. Meanwhile, Jeffrey Currie, the global head of commodities research at Goldman Sachs, told CNBC in an interview last month that the upside for gold is rather limited from here.