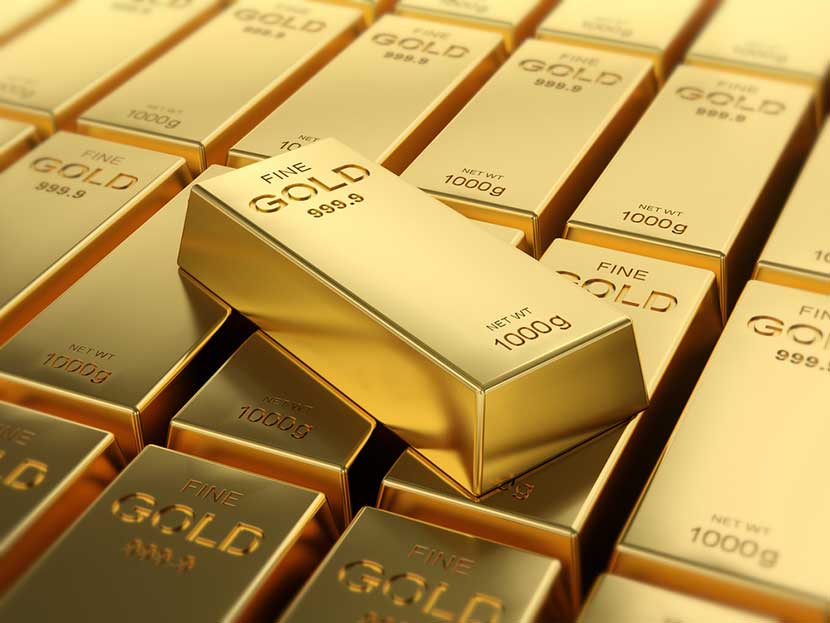 Gold futures on Monday register their highest settlement in about three months, as a slide in oil and the U.S. stock market highlighted continued demand for assets perceived as havens amid jitters about the global economy.
April gold GCJ6, -0.08% gained $11.60, or 1%, to settle at $1,128 an ounce. The settlement was the highest since Nov. 2. Prices for the precious metal had already gained 5.3% in January.
“Gold’s strength is based on flight to safety from the world’s money-printing central banks,” Michael Armbruster, principal and co-founder at Altavest, told MarketWatch.
“Japan’s negative interest rate policy and expectations for further depreciation in China’s currency suggest a race to devalue paper currencies around the globe,” he said. “Gold is a natural safe haven for anyone with exposure to a weak currency.”
And “beyond the immediate gold market strength, we may also have just witnessed an important longer-term bottom in gold,” said Armbruster. “Gold bugs may finally have something to smile about.”
U.S. stocks DJIA, -1.19% fell Monday as oil prices CLH6, -3.76% marched lower and U.S. manufacturing data showed signs of contraction for a fourth straight month.
The ISM manufacturing index rose to 48.2% in January, above consensus, but was still below a reading of 50% which indicates economic expansion.
Jim Wyckoff, senior market analyst at metals broker Kitco Metals, wrote in a Monday research note that buying appetite was driven by so-called technical factors, in addition to the weakness in the stock market and demand for safe assets.
“Technically, April gold futures prices are in a choppy six-week-old uptrend on the daily bar chart and recent price action suggests a market bottom is in place. Bulls’ next upside near-term price breakout objective is to produce a close above solid technical resistance at $1,150.00,” he said.
Gold’s sister metal silver also lured safety bidders, with the March contract SIH6, -0.13% gaining 10 cents, or 0.7%, to finish at $14.343 an ounce.
Still, Adrian Ash, head of research at BullionVault, pointed out that gold’s gains so far this year started from “a very low base.”
“Money managers’ sentiment on gold was as bad as it gets before New Year,” he said, noting that Monday’s rise brings prices to levels around last summer’s lows.
“The critical thing is what happens to other assets, because it’s inflows from money managers which count most for gold,” Ash said. “Grinding losses in the stock market tend to go with underlying gains in bullion.”
Traders will be looking ahead to Friday’s jobs report for signs of vitality in the U.S. stock market, with economists polled by MarketWatch forecasting unemployment staying the same at 5% and jobs gains in January at 180,000.
In other metals on Comex, high-grade copper HGH6, -0.24% lost 1.2 cents, or 0.6%, to $2.056 a pound, April platinum PLJ6, -1.37% gave back $4.20, or 0.5%, to $870.10 an ounce, while March palladium PAH6, -1.59% picked up $3.85, or 0.8%, to trade at $502.35 an ounce.
This story originally appeared in MarketWatch by Myra P. Saefong and Mark DeCambre on February 1, 2016. View article here.