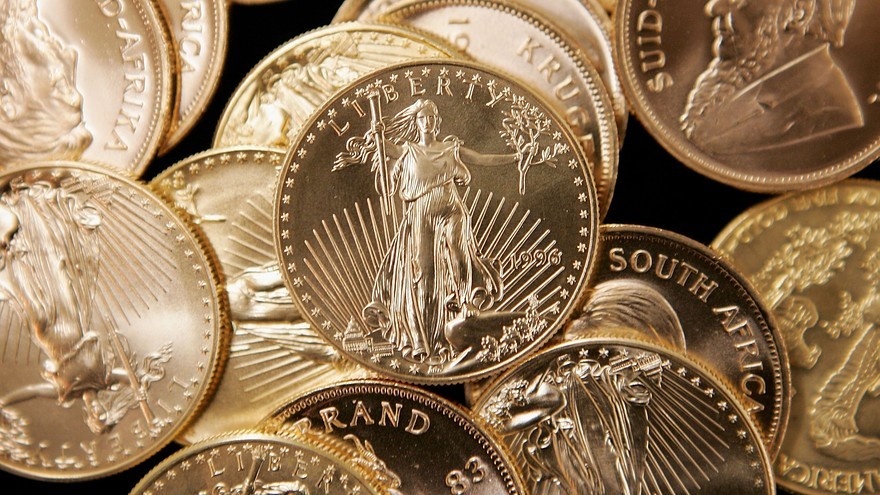 Gold futures were flat on Monday after rallying to their biggest monthly gain in three years last week but the precious metal is poised to strengthen with U.S. stocks under pressure.

On a continuous basis, gold rose more than 8% in January, finding support as investors sought havens amid worries over the outlook for global economic growth as well as political and financial market turmoil.

[dt_quote type=”pullquote” layout=”left” font_size=”big” animation=”none” size=”1″]“The inflow is significant on a number of levels; it is the first after five straight months of net redemptions and is sizeable,” the Barclays analysts said. “We think it is likely that the uncertainty across Europe and Japan has stemmed the wave of outflows for now, with 14 straight sessions of inflows not seen across ETP flows since 2010.”[/dt_quote]

They noted that the bulk of the buying has occurred in SPDR Gold Trust GLD, -0.40%   at 49.35 million tons, although European-listed products also drew fresh interest.

It’s a busy week for U.S. economic data. Gold futures showed little reaction to December personal income and consumer spending figures released Monday morning. The yellow metal didn’t react much to the Institute for Supply Management’s manufacturing index, which slowed to a weaker-than-expected January reading of 53.5% from 55.1% in December.

The big event for the week comes on Friday, with the release of nonfarm payrolls and other labor data for January. Economists surveyed by MarketWatch forecast payrolls to show a rise of 245,000 versus a gain of 252,000 in December.