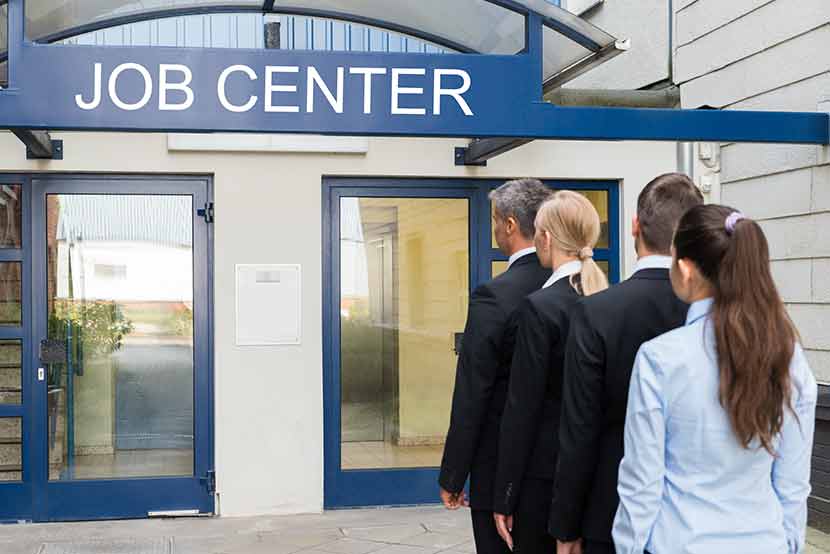 The U.S. Department of Labor released the latest unemployment numbers on Friday, as it does the first Friday of every month. I’ll be writing a short post after each of these releases to explain what they mean for gold prices.
Why?

A brief explanation: The Fed has set a target for the unemployment rate, 6.5 percent, at which it intends to end QE3, a major element of its loose money policy.  The $85 billion a month in bonds the Fed buys under QE3 has kept long-term interest rates at historic lows, and any sign the Fed will start ramping down its bond buying will rock markets around the world, including the gold market. This was demonstrated in spades when, in mid-June, analysts misinterpreted Fed statements about the economy and concluded the Fed would start tapering QE3 as soon as October.  The market responded so negatively the Fed was forced to clarify that a withdrawal from QE3 was not imminent.
In the wake of the Fed’s statement, gold fell more than $200 an ounce.

The release of June’s unemployment numbers is another example of how the link between QE3 and the unemployment rate will drive short-term gold prices over the next several years. The market interpreted the June unemployment stats to show a strengthening economy. This reinforced the view that the Fed would soon taper QE3 and gold fell another $30 an ounce on the news.  The assessment was wrong.
As I explain in a previous post, the June numbers showed the economic recovery to be weak, as it has been for four years now, not gathering steam. I also discussed how the Fed’s chronic optimism about the strength of the economy has contributed to market confusion regarding the Fed’s intent for ending QE3. The market misreading of the June unemployment numbers illustrates this confusion. 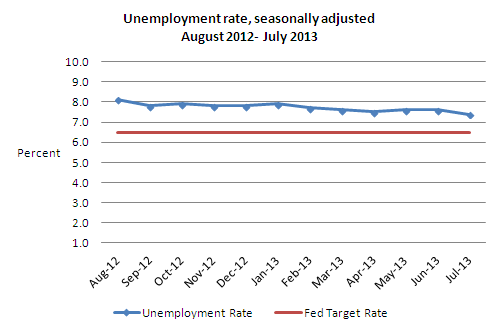 But the market read the July numbers as evidence of a weak recovery, suggesting that the Fed would not change course on QE3. Gold gained $50 an ounce on the news.
This time the analysts got it right. Below the top line unemployment rate, the July numbers show job creation was significantly weaker than expected and unemployment was falling because people gave up looking for work, not because they landed jobs.