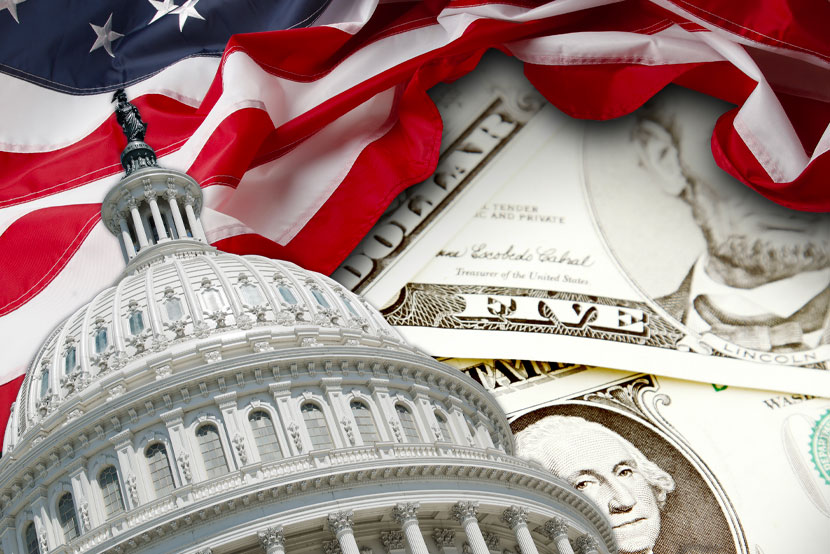 Congress, The Fed, and the Dollar

Two key events happened just before last year ended that should not be ignored, even if the news cycle has moved past them. The consequences and effects of these events will remain relevant and could have major outcomes for the dollar going forward. One of the two events was an announcement from the Federal Reserve.

On December 16, 2020, the Federal Reserve committed to buying bonds at the pace of at least $120 billion a month.

In a statement, the Fed clarified that the bond purchases would continue “until substantial forward progress has been made toward the FOMC’s maximum employment and price stability goals,” adding, “These asset purchases help foster smooth market functioning and accommodative financial conditions, thereby supporting the flow of credit to households and businesses.”

This can be observed by following the effects on the dollar in the immediate aftermath of the decisions. Shortly after these announcements—on Thursday, December 17, 2020—the U.S. Dollar Index plunged to a more than 2.5-year low against other currencies. Fox Business reported that this was the lowest performance for the dollar since April 2018.

Not long after the Fed’s moves, Congress passed its second largest economic relief bill in U.S. history. However, the true size of the bill that passed has been somewhat understated.

The latest stimulus package came with a larger price tag than most people probably realize.

Most of the media focus before the end of the year was for the $900 billion stimulus package. But outside of COVID-19 relief, the bill also approved $1.4 trillion in government spending, which Yahoo Finance reports consists of $740.5 billion in defense spending and $664.5 billion for domestic programs. The total size of this bill adds another huge chunk to the size of the federal debt, which puts additional pressure on the dollar.

Both of these events could weigh down the dollar in the years ahead.

Both debt and the Fed’s dollar program could substantially lower the effectiveness of the dollar this year and in the coming years. While there are a lot of important new developments unfolding, these two should not be forgotten by any American planning their financial stability. The impact they can have on not just the dollar, but dollar-equivalent assets, and even on the market as a whole could become very significant in the next few years. Owning safe-haven assets, such as precious metals, could help act as an important hedge against the consequences of growing debt and a flood of “free money” for businesses. If these consequences come, those with hard assets, like real gold, could stand to gain the most.