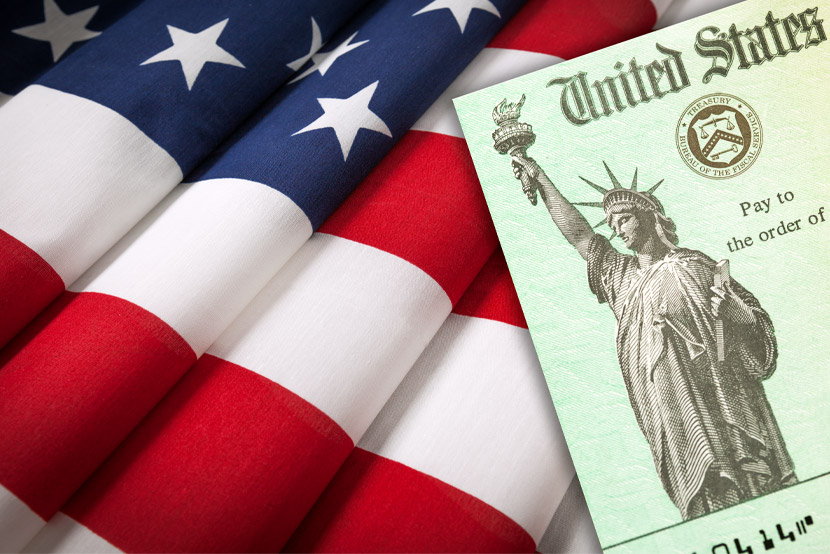 Every American should pay careful attention to the magnitude of the country’s national debt problem. Federal debt is continuing to reach new highs and could quickly grow out of control.

The Congressional Budget Office (CBO) has recently projected two gloomy outlooks for the size of the federal debt.

On February 11, 2021, the CBO projected that the federal budget deficit will total $2.3 trillion in the 2021 fiscal year. This would be a step down from 2020’s federal deficit of $3.1 trillion but would still be above the deficit in previous years.

The size of the next relief bill could add greatly to this.

The projected figures for the current annual deficit do not factor in the proposed $1.9 trillion stimulus package or any other potential stimulus package. If the bill passes, it could push the 2021 deficit past the current projection of $2.3 trillion. Beyond that, there is the possibility there could be more than one stimulus bill passed in the coming year. All of this spending will push the nation deeper into debt.

This debt will have consequences for the average American.

The large size of the debt can also harm the effectiveness of the government’s financial capabilities. If another unforeseen event causes havoc in the economy like in 2020, or if a stock market bubble bursts, the federal government could have difficulty stretching its resources to cover the situation.

The size of the debt also erodes confidence in the dollar and the U.S. financial system as a whole and can have larger repercussions for the global economy. Foreign nations and others may abandon dollars for different assets they see as stronger.

Protecting your portfolio against potential consequences is critical for not only your wealth, but also the financial legacy you intend to leave behind for future generations. Owning safe-haven assets that can last generations, such as precious metals, can be critical in preparing for the long-term economic consequences of rising debt.