Looking Back: 20 Years of Gold Prices 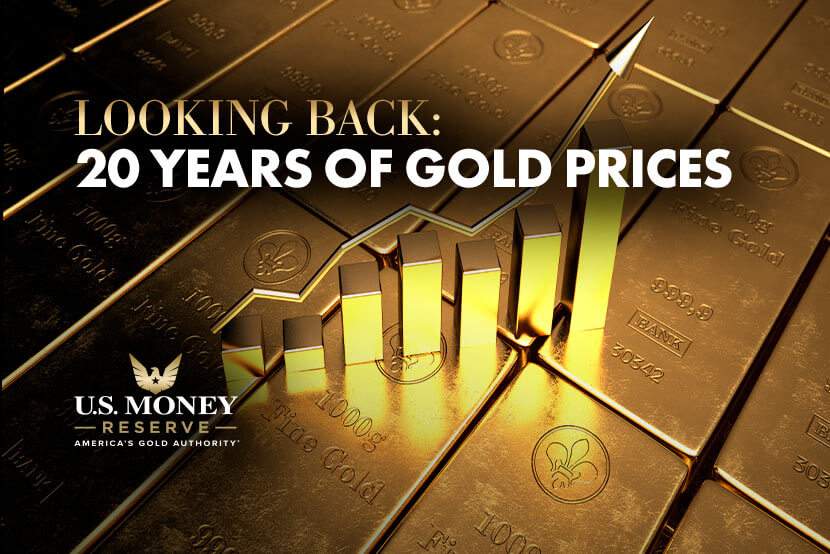 On September 10, 2001, gold closed the day at around $271.50 per ounce. Twenty years later, gold is trading near $1,800 per ounce—far outstripping inflation or the stock market in terms of growth. Why such a meteoric rise? Join U.S. Money Reserve, America’s Gold Authority®, as we look at the past 20 years of gold, examine what caused such a dramatic increase, and see whether some of those same contributing factors still exist today. 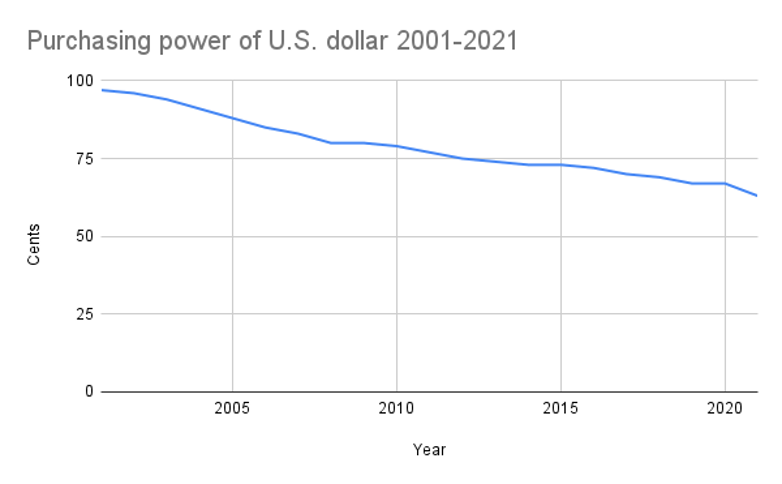 “A dollar doesn’t buy nearly as much as it once did, as the cliché goes. Since the early 20th century, the decline in the value of the dollar has been dramatic due to inflation. A dollar in 1913 had the same buying power as $26 in 2020,” according to The Balance, a personal finance website.

The Balance cites three factors that contribute to inflation:

During the same period, 2001 to 2021, the price of gold soared more than 570%. That’s a stark contrast what happened to the purchasing power of the U.S. dollar. 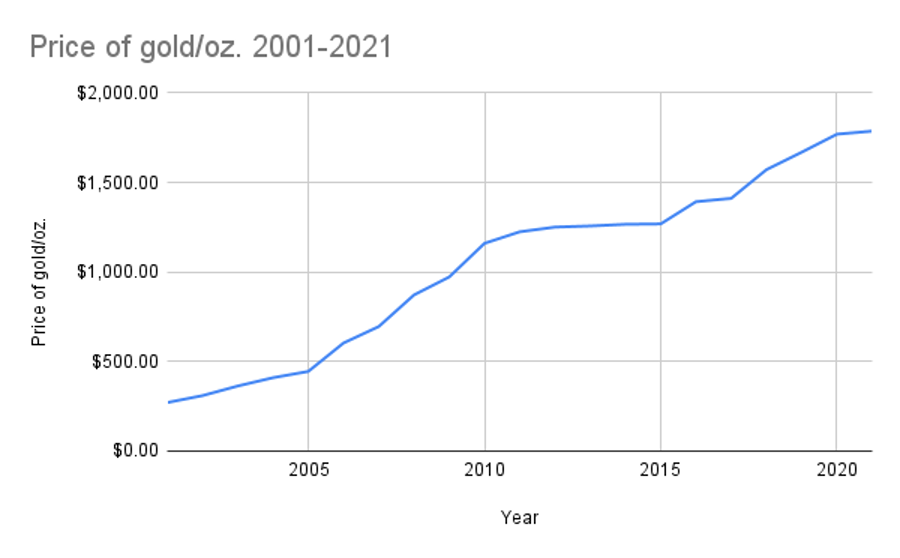 The price of gold per ounce notably spiked in 2011 and 2020. In 2011, the U.S. was still climbing out of the economic hole dug by the Great Recession (2007 to 2009) and dealing with rising concerns over the eurozone debt crisis and the U.S. debt ceiling. Meanwhile, in 2020, the U.S. and the rest of the world grappled with an economic downturn triggered by the COVID-19 pandemic.

Clearly, gold does more than just react to inflation or short-term gains or losses in the stock market. It’s also an impressive asset in its own right—and one many use as a diversifier in their portfolio.

In a historical analysis of whether or not gold was useful to portfolios in the past, the CME Group found that:

What to Watch in the Gold Market

For the rest of 2021 and beyond, keep an eye on inflation as a factor in the movement of gold prices. Analyst David Lennox of Fat Prophets told CNBC that an uptick in inflation could be a “boon” for gold.

“Inflation’s coming back because we’ve seen such a significant surge in [the] U.S. money supply,” Lennox said in June 2021. “Whenever we’ve seen that surge in the past, it’s been accompanied—probably five of six months later—by higher inflation.”

Why Adding Gold to Your Portfolio Matters

Diversification matters more than ever. With the national debt and the rate of inflation increasing, we all need to ensure that our wealth is protected. And while everyone’s financial situation—and thus their asset mix—is unique, we must do what we can to ensure that we’re prepared for whatever awaits us in the years to come. This preparation might include buying gold to put in your portfolio.

Historically, the price of gold goes up over the long term, holding onto its purchasing power, while the U.S. dollar weakens. So when the time comes to pass your wealth on to future generations, would you rather have all of your eggs in one basket or hold a diversified portfolio (including gold) that reduces your overall risk?

It pays to track gold prices. Check out these five U.S. Money Reserve–approved resources for tracking gold prices and call now for exclusive pricing on our gold coin inventory.