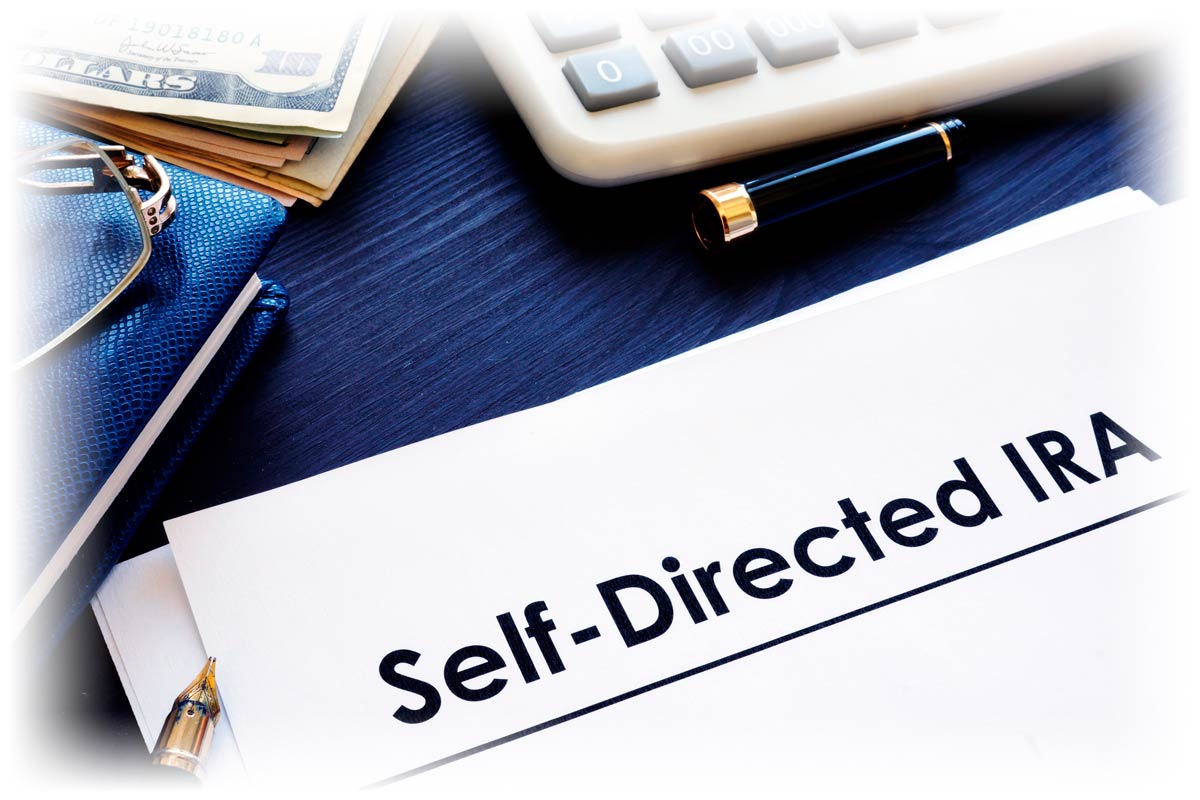 A Look Back Over 20 Years of Gold IRAs

Twenty-four years ago, the Taxpayer Relief Act of 1997 ushered in a new age of retirement protection, allowing Americans to add U.S. gold and silver to their Individual Retirement Accounts (IRAs). In 1998, additional gold and silver products, as well as platinum and palladium bullion, were also allowed in IRAs.

Then came 2001, and U.S. Money Reserve officially opened its doors and began helping Americans looking to protect their portfolios by diversifying with precious metals. Within a few years, we were assisting our clients in taking full control of their retirement portfolios by helping them establish their own precious metals IRAs.

I’m very proud of the work we’ve done these past two decades. In that time, we’ve served more than 600,000 individual clients and shipped more than 3.3 million gold, silver, platinum, and palladium coins from our Main Vault Facility.

As we continue to celebrate U.S. Money Reserve’s 20th anniversary, let’s take a look back at gold IRAs over the last 20 years.

Gold has seen substantial growth in the last 20 years.

Gold IRAs are composed of physical gold, established by a custodian, and held in a depository on behalf of the owner. So when we look at the growth of gold IRAs, we’re also looking at the growth of gold itself. And as of this writing, gold has grown by more than 570% over the last 20 years. 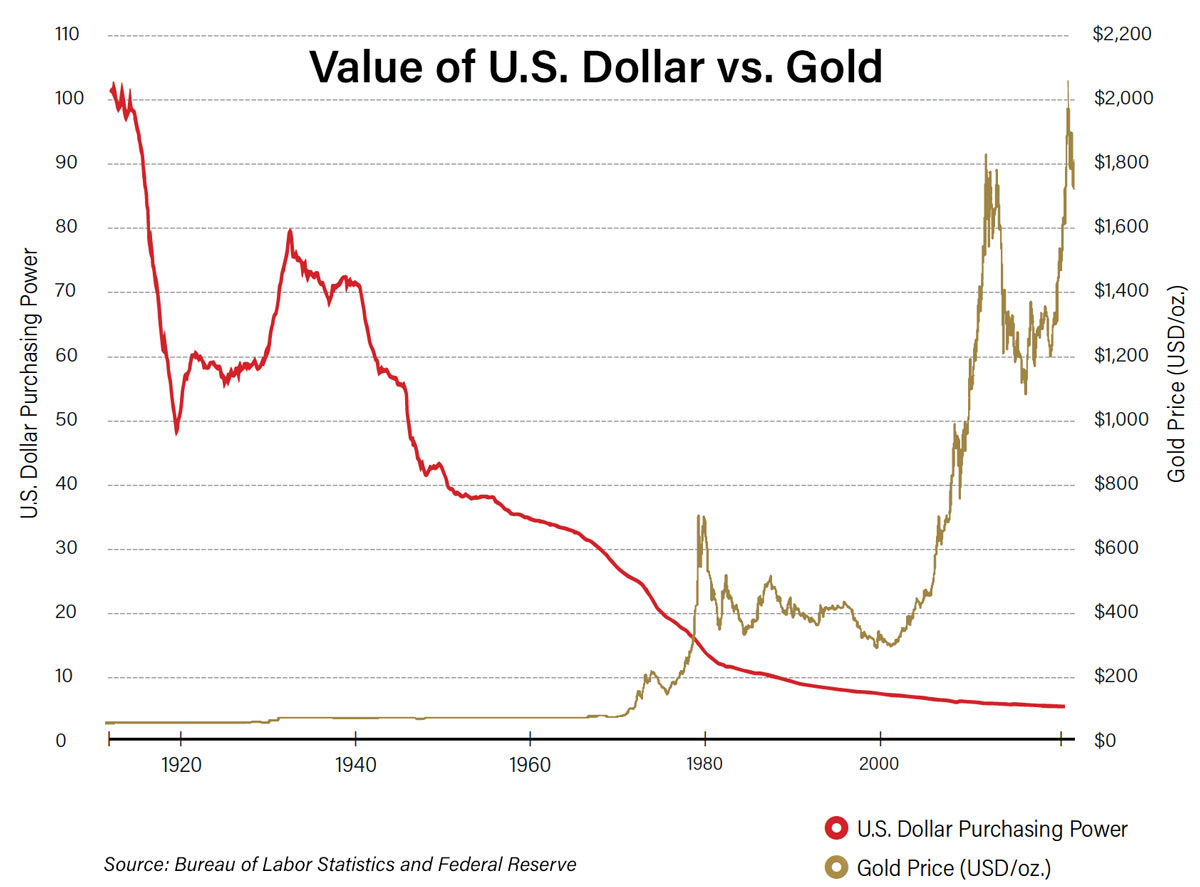 What you see in that chart is more than just growth—you also see one of gold’s greatest strengths in action: its ability to retain its purchasing power in the face of a falling dollar. As you can see, holding gold has historically performed well as a long-term strategy, and that’s exactly why so many Americans own physical gold.

The number of Americans putting gold into IRAs is also growing.

According to Investopedia, “Since the financial crisis of 2008 and the resulting Great Recession, however, gold IRAs have become significantly more popular. Record gold sales combined with the appearance of many more companies to handle and simplify the transactions have made investing in a gold IRA a one-stop shop.” And according to a July 14, 2021, article by Forbes, “The self-directed IRA has become the most popular way for retirement savers to [allocate] their funds into IRS-approved alternative asset[s].”

These statements are inspiring for me to read. At U.S. Money Reserve, we’ve worked hard to make the process of establishing, funding, and building a precious metals IRA as quick and simple as possible. I’m incredibly proud of the work we’ve done in the world of gold IRAs, as well as our team of dedicated IRA Account Executives.

But we’re not done yet.

Knowing all of your IRA options is important. U.S. Money Reserve is here to help.

According to the Tax Policy Center, more than 60 million taxpayers owned IRAs in 2017. That number may be about to explode.

On September 10, 2021, Forbes reported that as part of the Biden Administration’s $3.5 trillion budget reconciliation package, “Starting in 2023, employers with five or more employees would have to offer a retirement plan and automatically enroll employees, diverting 6% of their pay to a retirement account.” Though this mandate would allow employees to opt out, it sends a clear message that some leaders in Washington think more Americans need to be putting money away from retirement. Perhaps it has something to do with the impending struggles of Social Security, which—according to an August 31, 2021, article by CNBC—will run out of money in 12 years.

Whatever the reason for the government’s push for more retirement accounts, I feel strongly that every American should be able to make clear, informed decisions about their financial future. Every person’s financial situation and retirement goals are unique, and their portfolios should reflect that. For example, I prefer having full and total control over the asset mix in my retirement portfolio. And as part of that asset mix, I like to include gold as a long-term strategy.

It seems that Edmund C. Moy, former Director of the U.S. Mint, agrees with me. Investopedia quotes him as saying that “because gold prices generally move in the opposite direction of paper assets, adding a gold IRA to a retirement portfolio provides an insurance policy against inflation. This balanced approach smooths out risk, especially over the long term, which makes it a smart choice for retirement [options] like IRAs.” I couldn’t have said it better myself.

For over 20 years, Americans have been able to add gold and other alternative assets directly to their retirement portfolios as part of a self-directed IRA. In that time, gold has seen tremendous growth—a powerful boon for those who were savvy enough to allocate a portion of their wealth before prices increased. And while we can’t tell the future, we can educate ourselves on all of the options before us to ensure that we make the best decisions with the most information possible.