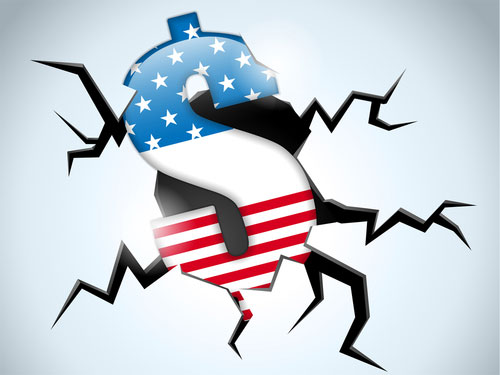 We Need Not Accept Economic Stagnation

President Obama continues to hail the economic “breakthrough.” Yet in the seventh year of his presidency, few families are enjoying a breakthrough for them. Instead, most families continue to struggle through the worst economic recovery since the 1940s.

We recently learned that the economy actually shrunk in the first quarter of this year, and a new Federal Reserve report downgraded projected 2015 economic growth to levels well below even last year’s disappointing performance.

This isn’t new. In the nearly six years since the recession ended, the economy has expanded by only about half the rate of growth of the average of the 10 post-WWII recoveries.

It’s true this past recession was unusually deep, but history shows that similar recessions are followed by strong recoveries because the economy has more room to grow back to its capacity level. In fact, at this point following the equally-deep recession in 1982, the economy had grown 30 percent — more than twice as fast as this recovery. A typical recovery would have left today’s economy $2 trillion larger with millions more jobs.

This is more than just disappointing statistics. This weak recovery hurts working families badly. When broken down, the pain of this weak economy compared to the average recovery since WWII comes to about $16,000 per household annually. Imagine the difference it would make in your family’s life to have that additional income.

Instead of the rising wages that are typical of a recovery, incomes are flat, and even falling. It is not unusual for median household income to fall by 4 percent during a deep recession, and that happened between 2007 and 2009. What is stunning is that incomes have dropped another 4 percent during the so-called “recovery”– all the way down to 1989 levels.

Economic stagnation, falling incomes, and collapsing net worths, and this is supposed to be a “recovery”?

The job market also remains lethargic. The declining unemployment rate trumpeted by President Obama has been primarily driven by two people dropping out of the labor force for every net job created. In fact, the percentage of Americans working or actively seeking work is the lowest it’s been since most women entered the workforce in the 1970s.

The result has been 10.6 million fewer jobs than under a typical recovery. Barely half of adults are working full-time.

Compare this again to the equally-deep 1982 recession: at the same point in their recoveries, President Reagan’s economy created more jobs in one month (1.11 million in September 1983) than President Obama’s economy did in an entire year (1.06 million in 2010). And President Reagan did it with a population twenty five percent smaller.

And on top of that, the declining budget deficits are temporary, and within a decade will be replaced by trillion-dollar deficits — which will grow exponentially in subsequent decades.

In short, most Americans have not seen any recovery. And after years of promising that a recovery is just around the corner (remember the White House’s 2010 “recovery summer?”), experts now suggest that slow growth, lack of jobs, rising healthcare costs, and soaring welfare and disability rolls are the new normal that we simply must accept. That is essentially what the Federal Reserve just acknowledged by downgrading its estimate for 2015.

Millennials are understandably concerned about their future. Millions of them worked hard to earn college degrees only to graduate into a weak job market where half of them can’t find a job that matches their degree. The American Dream of buying a home and having a fulfilling career seems unreachable to those moving back in with their parents in order to save money to get by, and to repay their (on average) $28,000 student loans. In the past 6 years they have seen fewer opportunities, but nearly $7 trillion in new government debt has been dumped in their laps.

Low-income Americans have been particularly hit hard by the slow recovery. Since the recession ended — when incomes and job opportunities were supposed to improve — the lack of both has forced 11 million more people onto food stamps, a 33 percent increase. And the nonpartisan Congressional Budget Office has shown that, for working-class families, Obamacare will reduce jobs, lower incomes, and contribute to marginal tax rates (including program phase-outs) as high as 84 percent — all while leaving 27 million Americans still uninsured.

There is no reason to accept this sluggish growth and these discouraging results. This does not have to be the new normal. With the right policies, recessions can and should be followed by a healthy economy with plentiful jobs and rising incomes.

We must start by learning the lesson that we can not tax, spend, borrow, and regulate our way to prosperity. Instead we must unleash the American economy through pro-growth policies appropriate to the challenges and opportunities we face.

This means an American energy renaissance by implementing a true all of the above energy policy that takes full advantage of new technology to make America the leader in oil and gas production as well as energy efficiency and renewables. It means regulatory relief that removes suffocating government red tape on small businesses and requires a more rigorous cost/benefit analysis of all new rules. It requires a fresh approach to healthcare that stops the skyrocketing costs and negative impacts on hiring with a new model based on choice and competition. It means reforming our outdated and inefficient tax code before we lose more jobs and investment. It means a new focus on exporting American goods and services by expanding markets and more aggressively enforcing trade rules to level the playing field. And it means revamping our education and worker retraining programs for a better trained workforce for the 21st century. These are simple but important steps we must take to recharge our economic engine and make America a place that works for everyone.

America’s best days can be ahead. The current economic stagnation doesn’t have to be the new normal. Instead, the American dream can be restored and we can once again be that beacon of hope and opportunity for the rest of the world. It requires new policies that apply time-honored principles to today’s challenges and opportunities. These policies will empower people, not Washington, and in doing so will revive the American spirit.