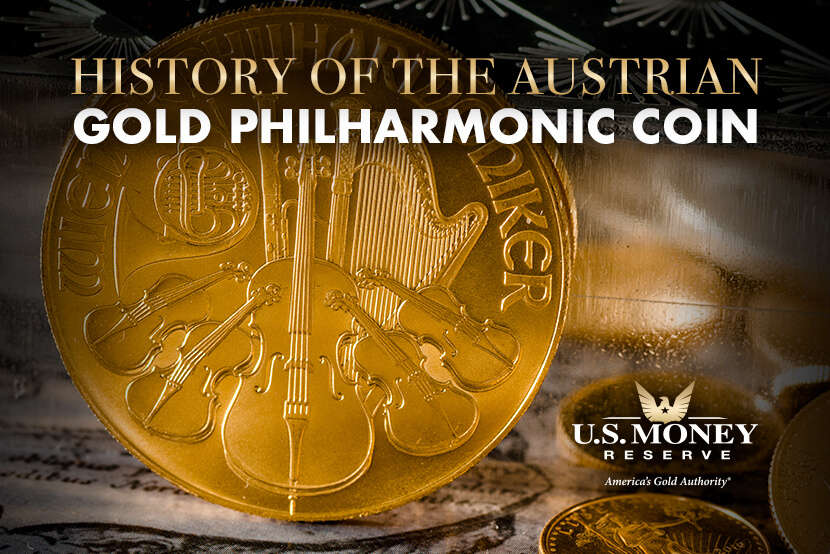 Are You in Tune with the History of the Austrian Gold Philharmonic Coin?

You probably already know that few coins deliver the tour de force of design and history that the Austrian Gold Philharmonic Coin provides. But how much do you know about the coin’s history? For instance, did you know that a receptionist almost prevented the coin’s design from becoming a reality? Or that the pipe organ depicted on these Austrian coins plays a very special role?

Since its release, the coin has served up something special for everyone: a gold content of 99.99% pure gold for precious metal enthusiasts, a one-of-a-kind design for art and music lovers, and enough history to fill a book. Immensely popular when it debuted, the coin remains not only popular but also profoundly cherished.

In 1992, the Austrian Gold Philharmonic was the best-selling gold bullion coin in the world, CoinWeek reports.

While working out his ideas for a design as part of an internal national bank competition, Pesendorfer sought a conversation with an orchestra official. But since he didn’t have the required documentation to speak with the official, the receptionist turned him away. Eventually, though, the right person heard of Pesendorfer’s interest—and the rest is history.

The Obverse of the Austrian Gold Philharmonic Coin 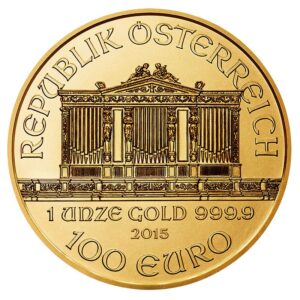 The Reverse of the Austrian Gold Philharmonic Coin 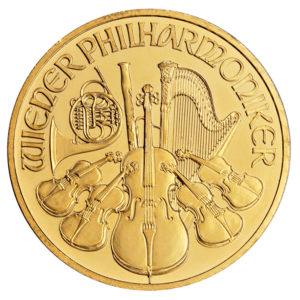 If we’re talking about the historic Austrian Philharmonic Gold Coin, we have to talk about musical instruments. Pesendorfer’s design on the reverse of the Austrian Gold Philharmonic Coin says a lot.

Depicted on the reverse (from left to right) is a Vienna horn, a bassoon, a harp, two violins, a cello, and two more violins. Together, they suggest the compelling musical orchestrations visitors can expect from a concert at the hallowed venue. Above the instruments are the words “WIENER PHILHARMONIKER” (“Vienna Philharmonic”).

Enjoy learning about the history of coins? Make sure you look into the Gold American Buffalo Coin. It, too, has a rich and compelling history.

Like many popular gold bullion coins, the Philharmonic Coin is available in fractional sizes. It was first minted in one-ounce and quarter-ounce varieties. The one-ounce version carries the unique distinction of having the largest diameter in the world for its size and purity. A one-tenth-ounce coin was released in 1991.

In 2004, the Austrian Mint produced 15 1,000-ounce versions of the Austrian Philharmonic Gold Coin and nicknamed this version “Big Phil” to celebrate the coin’s 15th year.

In 2014, the Austrian Mint released a one-25th-ounce version to commemorate the 25th year of production.

One of the great things about the Austrian Gold Philharmonic Coin is that, unlike the instruments depicted on it, it doesn’t need to be tuned! The Austrian Philharmonic Gold Coin is legal tender in Austria and remains the only gold bullion coin denominated in Euros. Ready to purchase yours? Call 1-844-307-1589 or buy online today.