Election 2016 and the Impact on Gold Coins 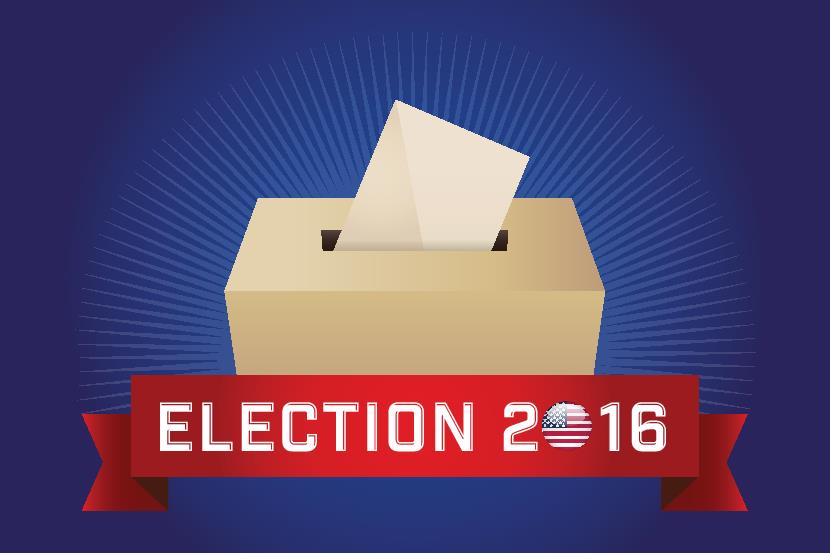 Presidential elections are inherently times of uncertainly, and in such times of political upheaval the price of gold has historically increased, sometimes at a slow climb and at other times—top speed. While the ultimate impact of this year's presidential election remains to be seen, a review of prior elections may help inform what's to come. According to forecasters and professionals at The Wall Street Journal and Business Insider, there are three general election takeaways that gold coin buyers should keep in mind:

#1: Historically, the price of gold slumps prior to an election & rallies after

Gold prices tend to fluctuate, especially during election years. In 2004, gold trended lower the first three weeks of October before rallying about 10 days before the election; in 2008, gold prices decreased by around $200 an ounce during a two-week span in late October and experienced a similar pre-election slump again in 2012.

As October and November approach, watch the price of gold. A pre-election slump in prices could make for an ideal entry point for new gold coin buyers.

The Gold American Eagle Coin is the top-selling gold coin in the United States. It's easy to buy, easy to sell, timelessly designed, and affordably priced for an entry-level gold buyer. It's simply a must-have for your portfolio. Buy online or call 1-844-307-1589 to order now!

#2: Trump could be good for gold…or not

Some analysts, like Kitco's senior technical analyst Jim Wyckoff, think there's a correlation between gold prices and Trump's primary results. The following chart juxtaposing the two could certainly indicate such a correlation. 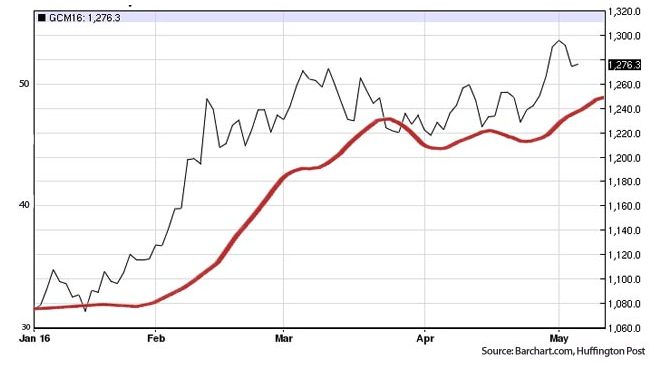 Maybe it's coincidental, says Wyckoff, but maybe it's also due to “a growing uneasiness among traders and investors regarding economics/politics.” David Govett, a London-based commodities broker at Marex Spectron, echoes Wycoff's sentiments in The Wall Street Journal. He thinks Trump's candidacy makes gold “a smart place to hide out for the next few months.” The uncertainty factor surrounding Trump could lead buyers “rushing into the safe haven asset,” Govett continues.

Then again, some analysts attribute the “correlation” to negative interest rates and a general fear of a currency collapse. Commodities analyst Daniel Briesemann at the Commerzbank AG thinks that “flows into and out of gold exchange traded funds (ETFs), along with U.S. Treasury yields and the U.S. dollar are more important influences,” on the price of gold than the prospect of Trump as President.

In the long-term, others, like veteran trader Todd Horwitz, believe that a Trump presidency could be good for gold overall, as he'll “open the markets up, free up regulation, and be friendlier to gold.”

#3: Uncertainty in the candidate & the dollar could increase gold demand

Weakness in the dollar could spark gold demand. “If there's uncertainty regarding the U.S. election and the potential for a slightly off-center candidate, whether that be Sanders or Trump winning the election, then I can see a scenario where that's bad for the dollar,” says James Sutton, a London-based portfolio manager at J.P. Morgan Asset Management. When the U.S. dollar is stronger, it takes fewer dollars to buy any commodity (including gold) that is priced in $USD; when the dollar is weaker, it takes more dollars to purchase the same commodity.

Whether the Democrats stay in the White House or not, a new president means a different take on political and economic policies, both of which could greatly impact the strength of the U.S. dollar and therefore the price of gold.

Buy gold ahead of the 2016 election, says Business Insider

Despite identifiable historical trends, the ultimate impact of the election on gold coin prices remains to be seen. At a given moment, a number of factors could be influencing gold's position, including the strength of the dollar, rate of inflation, oil prices, and the overall economic outlook.

“Maybe gold is starting to price in some of this political instability,” writes Jason Dillian of Mauldin Economics in the Business Insider. Whether Bernie Sanders or Trump becomes President, says Dillian, and “regardless of whether gold goes up or down…it makes sense (for a lot of reasons) to have [gold] as part of your portfolio.”

When the economy is in flux and the political future unsure, one thing remains clear. Many people are turning to a method of wealth protection that has been trusted for decades: gold. Call 1-844-307-1589 to discuss your gold options with a live professional today and unlock special phone-only promotions!