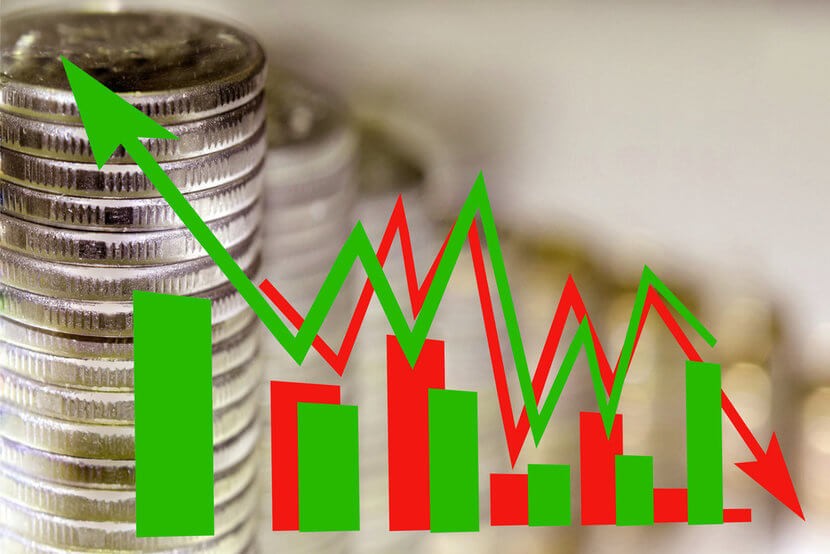 You've read the headlines. The dollar is slumping, interest rates aren't budging (or are they?), and the economy isn't performing as economists and financial analysts predicted. How are these elements contributing to the price of gold? Read on for a brief summary of how each could be bolstering the price and demand for this year's best performing major asset.

Gold and the U.S. dollar generally have an inverse relationship. “When the dollar is weak, gold is cheaper to purchase in other currencies,” says Philip N. Diehl, President of U.S. Money Reserve. When the dollar is strong, it tends to discourage gold buyers as the metal becomes more expensive to purchase.

As it stands, the U.S. dollar fell to its lowest level in more than seven weeks against the yen, euro, and Swiss franc on Tuesday, notes CNBC. As others say, the U.S. dollar is “in meltdown,” at least according to Kitco's Jim Wyckoff. The dollar's performance was due, in part, to a statement released by a Federal Reserve official in San Francisco that suggested the Fed increase their inflation targets (which currently stand at 2-percent). The dollar hasn't been this low since the day after Brexit.

So what could this mean for gold? Should the dollar continue to weaken, it could support higher gold prices for the next few weeks or even months.

With the dollar in a less than ideal state, many analysts weren’t surprised when minutes released from the U.S. Federal Reserve showed several members expressing caution over hiking rates too soon. Until all policymakers are able to reach a consensus about the outlook for the U.S. economy, it’s doubtful they’ll commit to increasing rates, reports The Wall Street Journal.

These minutes challenge previous rate hike comments from news editors like Patti Domm, who reported that the Federal Open Market Committee laid the groundwork for a move this year in its post-meeting statement in late July, “when it said near-term risks to the economic outlook were diminished.”

“Most market participants are now expecting a December rate hike at the earliest,” says Yuichi Ikemizu, head of commodity trading at Standard Bank in Tokyo, a sentiment that’s supported by Lee Su-jeong, analyst at Meritz Securities. According to Su-jeong’s observations, “The U.S. Fed is expected to be cautious about key rate hikes until the end of the year…[and] [r]eal inflation will remain in minus territory for some time.”

What could a rate hike mean for gold? Gold is highly sensitive to rising rates. Should interest rates go up towards the end of the year, gold could also rise. This means now could be the perfect opportunity to safeguard your wealth and diversify your portfolio with the recession-proof asset of physical gold before prices move even higher. 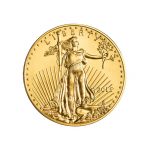 The weight, content, and purity of Gold American Eagles is guaranteed by the U.S. government. As one of the world's most popular gold bullion coins, the Gold American Eagle is easy to buy, sell, and store, and one of the most economical sources of short-term domestic financial protection. Call 1-844-307-1589 to secure yours before prices climb higher.

Consumers cut back on nearly all spending categories in July, despite the onset of the back-to-school season. Retail sales were flatter than economists anticipated. Sales at sporting goods and hobby stores fell 2.2 percent. Receipts at building materials and garden equipment retailers fell 0.5 percent. There were even declines in sales at electronics stores, appliance outlets, service stations, restaurants, and bars, reports Kitco's Lucia Mutikani.

These signs might be pointing towards slow economic growth in the third quarter, which could encourage central banks to continue pumping billions into financial markets in a bid to stimulate growth.

“Every central bank in the world says they want inflation,” argues author and gold market veteran Jim Rickards in a recent interview on CNBC's Squawk Box. “They've come nowhere close…but that just means they are going to keep on trying; central banks cannot allow deflation because it increases the real value of debt…they are not going to rest until they get it.” Rickard's experience leads him to believe that the odds of gold going up are much greater than the odds of it going down.

What does weaker economic performance mean for gold? Gold is “heavily asymmetric in favor of going up,” says Rickards, especially since central banks aren't likely to back down until they've achieved their goal. Many economists and gold buyers are looking for further clarification on the health of the economy before making any moves, believing that the next batch of U.S. economic data will bring more clarity. This clarity, however, may never come.

“The time to get it is now,” says Rickards

Beyond a pressured domestic economy and weakening dollar, the economy as a whole has many underlying issues that could send the U.S. back into recession. The Dow Jones Industrial Average, Nasdaq, and S&P 500 may be trading at record highs, but why? There are few reasons for such optimism. Domestic GDP growth in July was far less than expected. Commercial bankruptcies increased by 32 percent in May YoY, and personal incomes climbed only 0.2 percent in June vs 0.3 percent expected.

Where can concerned wealth holders turn for a sense of financial security? To one of the most trusted gold distributors in America, U.S. Money Reserve. Call 1-844-307-1589 to make your gold purchase today. “Physical gold is very scarce; when the price really does break upwards, you're not going to be able to get it,” says Rickards, a storied gold buyer. “The time to get it is now.”