A Brief History of the Rise & Fall of the Gold Standard 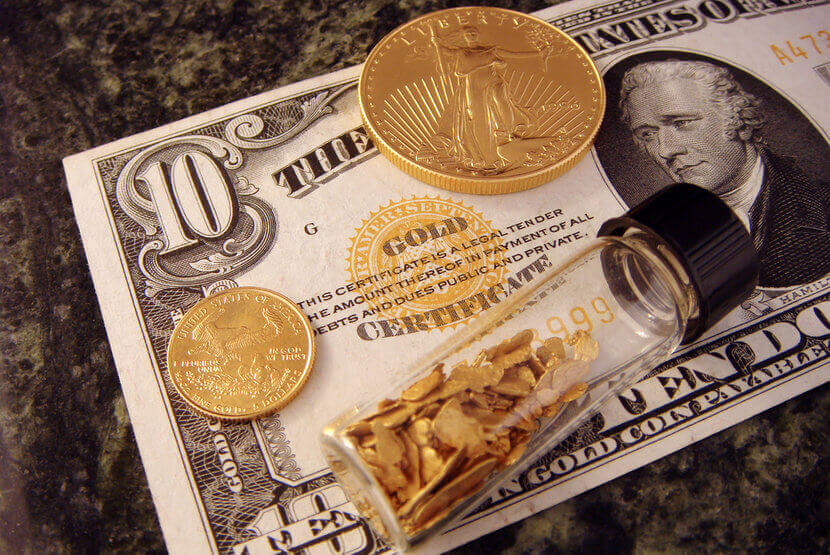 Since the day King Croesus of Lydia ordered the first gold coins to be struck around 550 BC, civilizations around the world have been fascinated by gold's monetary qualities. International debts were settled with gold. Paper money could be exchanged for gold. And under what’s referred to as “the gold standard,” many world currencies were defined by a set quantity of gold. As simple as it sounds, the gold standard was a truly complex system. Read more to find out, specifically, what historians, gold buyers, and economists are referring to when they reference the gold standard, including the many ways its demise could be affecting the U.S. economy even today.

How did the gold standard work?

“The principle behind a gold standard,” writes Forbes contributor Nathan Lewis, “is to make a currency that is as stable in value, neutral, unchanging, and reliable as possible—the monetary equivalent of a standard measure like a kilogram or meter.” In short, the goal is to prevent the monetary distortion that results from a currency's market volatility.

Under the gold standard, a country’s money supply was tied to gold. Fiat currency—or paper money—like cash, could be converted into gold on demand. This naturally limited the supply of currency in circulation since it had to stay within a certain ratio to the supply of gold. In addition to functioning as a tool for regulating the quantity and growth of a country’s domestic currency supply, the gold standard was also used on an international level. Under the standard, two countries with different currencies could easily determine the market value of one currency in terms of the other, and vice versa. Since participating countries maintained a fixed price for gold, the rates of exchange between currencies tied to gold were also fixed.

The dollar, for instance, “was defined as roughly one-twentieth of an ounce of gold, the pound sterling as roughly one-fifth of an ounce of gold,” writes financial market veteran Jim Grant. “The dollar-sterling exchange rate was therefore fixed at roughly $5,” or $4.867 to be exact. This predictability and fixedness, says Grant, encouraged trade and limited the aggressive money-policy interventions that we see today. “As there was only so much gold, there could be only so many dollars, pounds, French francs or German marks.”

The rise and fall of the gold standard

By 1900, all countries, except for China and some countries in Central America, had adopted some form of gold standard. According to the World Gold Council, the widespread adoption of the gold standard was highly successful for the world economy. World trade expanded and many countries benefited from rapid growth and low instability. As such, conditions were favorable to the degree that there were substantial flows of “direct investment that opened up the 'emerging markets' of the era, such as the Americas, Australia, New Zealand, and South Africa.”

This lasted up until WWI, when the cost of war weighed so much on countries that they abandoned the gold standard and resorted to inflationary policies to finance the demands of war, and later, reconstruction. (Remember, under a true gold standard system, paper money is limited.) Despite periodic attempts in various countries to return to a gold standard after the war, most did not survive the Great Depression of the 1930s.

The U.S., in particular, severed its last ties between the dollar and gold in 1971 when President Richard Nixon announced that the U.S. would officially no longer back the dollar with gold reserves. Gold prices then rose 2,330 percent that decade from $35 per ounce to $850, reports Kitco Contributor and CEO of U.S. Global Investors Frank Holmes.

Likewise, all debt (both public and private), reports Forbes, “began to soar past economic growth once the gold standard ended,” as is illustrated in the graph below.

The purchasing power of the dollar also fell severely, declining by 85 percent since the U.S. moved away from the gold standard in 1971, according to calculations by Peter Ferrara, former Associate Deputy Attorney General of the United States under President George H.W. Bush. His estimates further show that a dollar saved in 1971 was worth just 12 cents by 2012.

While governments have always had tools with which to steer the economy, the fall of the gold standard opened up wider avenues for them to do so.

A return to the “gold period of the gold standard”

For many, the advantages of the gold standard remain strong. With it, central banks have less unchecked power, world price levels are effectively anchored, and international exchange rates are more predictable. Even former Fed Chairman, Alan Greenspan, has returned to being a proponent of the gold standard after speaking out otherwise for more than a decade. In a July 2016 interview discussing U.K.’s Brexit referendum, U.S. economic growth, wage stagnation, and more, he suggests that the world may have been better off if the U.S. had never abandoned the gold standard. In the wake of Brexit especially, Greenspan believes a “debt crisis will be inevitable,” as he has no faith that political leaders will “restrain entitlement spending” when another crisis breaks out. “[I] would not be surprised to see the next unexpected move to be on the inflation side,” he says. His solution to high inflation? Good old gold.

As economies all over the world continue to struggle with a variety of problems, gold could be a solution to protecting your money and increasing your wealth potential. Unlike the dollar, its supply cannot be increased to suit the day's political agenda. In fact, “physical gold is very scarce,” says author and gold market veteran Jim Rickards, and no one is sure how much gold remains embedded in the earth or how much it would cost to mine it. 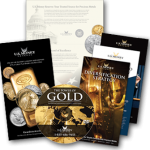 Take your first steps towards gold ownership and a healthier financial future. Get free access to U.S. Money Reserve's exclusive Gold Information Kit with special offers, diversification strategies, and a precious metals guidebook. Sign up now to gain access to this exclusive resource!

Whether the U.S. returns to a variation of the gold standard in the future or not, you can work to safeguard your wealth by owning gold. “It’s scarce, durable…beautiful and portable. At a glance, anyone can tell it’s valuable,” says financial markets analyst Jim Grant. Bring home a hard asset. Bring home a tangible means of safeguarding your wealth. Call 1-844-307-1589 for your free one-on-one consultation today.