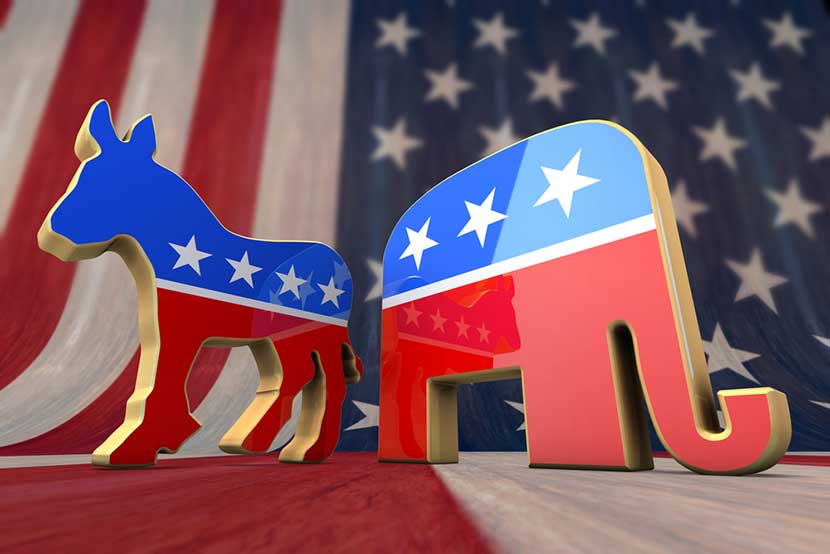 The South Carolina primary, one day out

I follow politics pretty closely. Back in November, I saw an article in FiveThirtyEight in which the author argued that the GOP’s primary and caucus rules doom the outsider candidates—Donald Trump, Ted Cruz, and Ben Carson—by tilting the playing field in favor of the insider candidates—Marco Rubio, John Kasich, and Jeb Bush.

I thought the argument had some holes in it—that, in fact, the GOP’s rules give an advantage to the outsiders. I did some research, which turned into an article that was picked up by The Atlantic and published on the eve of the Iowa caucuses. The article drew notice in The American Conservative, National Journal, and elsewhere. You can find it here.

So, where does the race stand three weeks later and a day before the South Carolina primary? Real Clear Politics tracks state and national polls and calculates a rolling average of the most recent polls. This provides a good way to keep up with the race in each state. RCP’s latest average of polls in South Carolina tell three stories:

First, Trump appears to be headed for a big victory in South Carolina, his second in a row. The state allocates delegates among the candidates on a winner-take-all basis, so Trump is set to shutout his opponents and seize an early lead in the race that really counts, the one for the 1,236 delegates required to win the nomination.

Most analysts say Trump’s debate performance Saturday night was his worst of the campaign. But his support in the state remains in the mid-30s, as it has since mid-December, and his lead remains steady at 16 points. Trump has once again defied the pundits’ declaration of his demise.

A big win in South Carolina would give Trump significant momentum going into the crucial primaries before Super Tuesday on March 15, at which point he could have an insurmountable lead.

Second, the race among the three insiders might be tight, potentially bad news for the GOP. Party elites are counting on one of the three insiders to eliminate the others and consolidate their support, probably the only way any of them can contend for the nomination. If the field isn’t narrowed before the SEC Primary on March 1, an outsider is likely to end up as the party’s nominee.

RCP’s polling average includes eight South Carolina polls conducted over the past three days. Three of these polls show the race among Rubio, Kasich, and Bush to be close, while five of them have Rubio opening a lead. In most of these polls, the results are within the margin of error, with 5% of the voters still undecided. So Rubio might score the knockout the GOP establishment is hoping for, or the contest might remain as muddled as ever. My guess is that Bush will be finished when the votes are counted Saturday night.

The third story told by the South Carolina polls is that Cruz might be in trouble. The battle between Cruz and Rubio for second place is very close. Cruz leads in five of the eight RCP polls, they are tied in two polls, and Rubio leads in one. But RCP’s average has Cruz leading Rubio by less than 1%.

South Carolina was expected to be favorable territory for Cruz. A third place finish, or worse, could be a serious blow to his campaign. This would also be bad news for the establishment candidates since much of Cruz’s support would probably shift to Trump if Cruz were to fade. But the difference between Cruz and Rubio is well within the polls’ margins of error, and 5% of the vote remains undecided. Who knows how it will turn out on Saturday night?

So what does this have to do with gold? The longer uncertainty reins in the two parties’ nomination contests, the more disruptive the campaign will be to the nation. The passing of Supreme Court Justice Antonin Scalia has thrown a wrench into the plans of House and Senate leaders to restore some semblance of order to Congress. A long, bitter fight for the GOP nomination, possibly going all the way to the convention, will only make matters worse.

Markets hate uncertainty, and the 2016 presidential campaign is adding another element into a volatile mix that already has markets on edge—just the type of environment in which market investors seek the protection of gold.