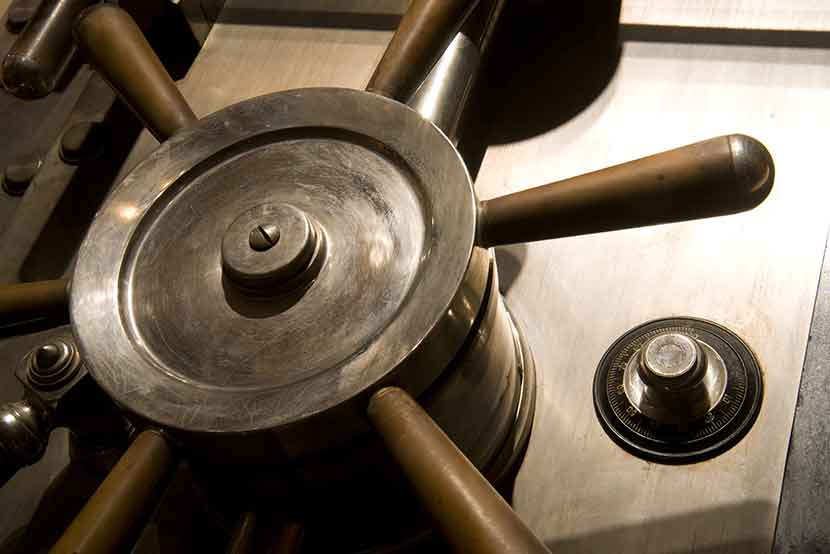 The public image of the United States Bullion Depository at Fort Knox, Kentucky, was cemented in the 1964 movie Goldfinger. 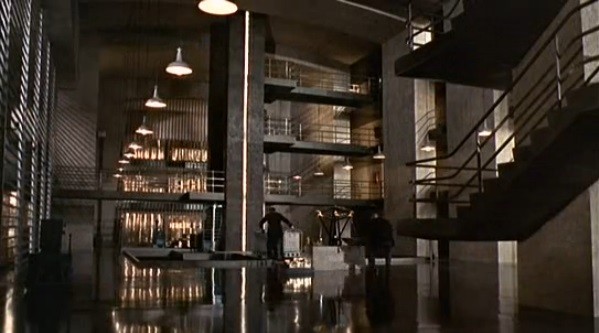 The four-story vaults of shining chrome bar-encased gold, suspended staircases and vast interior are now classic Hollywood images of what our imaginations want Fort Knox to look like.

The reality is very different. I’ve been inside — one of the few outsiders in the past 40 years. The stated policy of the United States Mint is: “The Depository is a classified facility. No visitors are allowed and no exceptions are made.” Even former presidents have been turned away. 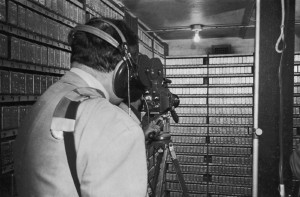 But in 1974, U.S. Mint director Mary Brooks led 130 press representatives and members of Congress into the Depository to debunk rumors that the vault was empty. I remember hearing these rumors at home in Texas. Ed Busch, of WFAA radio in Dallas, fanned the flames of suspicion to great effect, finally forcing the Treasury Department to open the vault. 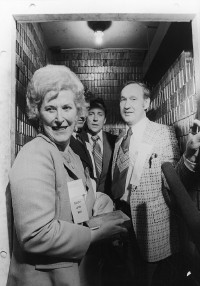 (By the way, I’m confident the gold is there, but the idea that anyone could look at a stack of gold bars and be reassured that in fact, “the gold is all there” is amusing.)

From the outside, the Depository appears to be a concrete, depression-era structure — nothing special — unlike the Fort Knox of Hollywood fame. But it IS well protected.

There are concentric rings of defenses starting with the two-story vault, itself. The vault is small, less than 4000 square feet, and two stories high. Its walls are two feet thick and constructed of concrete-encased steel plates, steel I-beams and steel cylinders laced with hoop bands. The vault walls and roof are separated from the Depository’s outer walls and roof, which are constructed of granite-lined concrete. 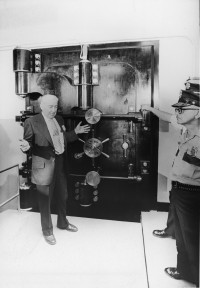 The vault door is blast-, drill- and torch-proof, 21 inches thick, and weighs in at more than 20 tons. It is set on a 100-hour time clock and is rarely opened. There’s no need. Metal is not moved in and out of the vault. The gold used in producing gold coins at the U.S. Mint is held in the West Point Mint. No one person can open the vault door.

As with all vaults, there is an escape door for anyone who might become trapped in the vault. But you might prefer to wait out the 100-hour clock. The approach to the door is through a narrow tunnel one must crawl through. It opens outside the vault but inside the depository. The escape door only opens from the inside.

Four armored guard boxes stand at each corner of the building and armored sentry boxes flank the entrance gate. The facility has stand-alone emergency power, water and other systems on site.

The next ring of protection are the heavily armed and highly professional members of the United States Mint Police Force who can engage intruders from inside the fortress to beyond the outer steel fence. Between the walls of the Depository and the outer perimeter lie rings of razor wire and mine fields, monitored by high-resolution, night-vision video cameras and microphones.

The Depository sits on the Fort Knox Army post at the corner of Bullion Blvd. and Gold Vault Rd. (no kidding). When I was director, the post offered additional protection in the form of the 194th Armored Brigade, helicopter gunships, artillery and as I recall, 25,000 soldiers. I know that Fort Knox has gone through significant downsizing over the past decade, so I’m uncertain how much of this firepower is still available today.

During my visit, I asked if anyone had been crazy enough to try to penetrate these awesome defenses. I was told that on one or two occasions, an inebriated soldier, looking for a shortcut back to base from a local bar and not knowing where he was, had attempted to climb the outer fence. You can imagine the sobering effect the floodlights, alarms, and booming speakers would have had on the unfortunate fellow. 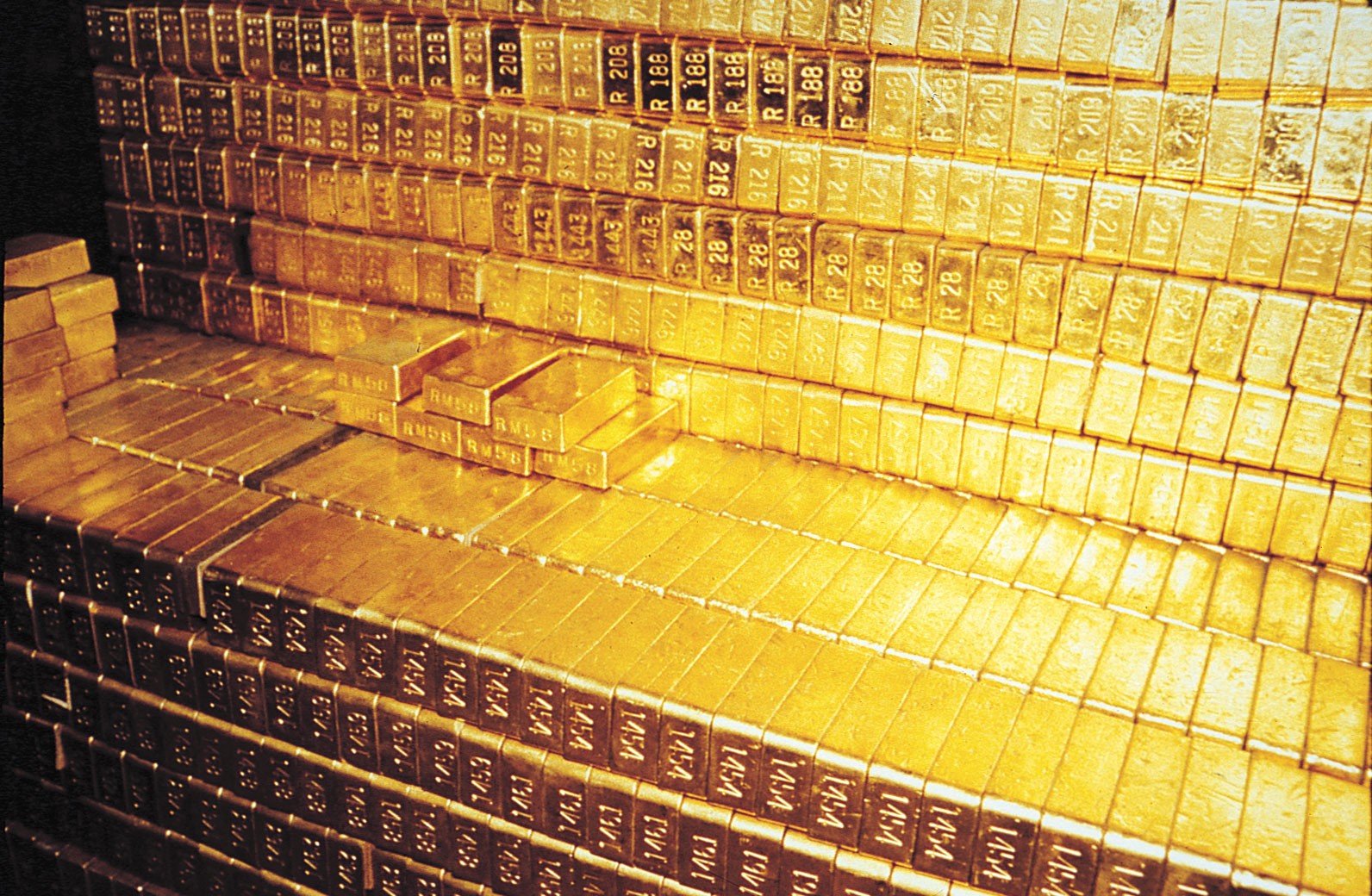 Today, Fort Knox holds about 4600 metric tons of gold worth close to $200 billion dollars. This represents 2.5% of all the gold ever refined — as in ever in the course of human history. During World War II, the Depository held more than four times its current holdings.

But gold might not have been the most valuable asset held by the Depository. Over the years, Fort Knox has protected copies of the Gutenberg Bible, the Magna Carta, the Declaration of Independence, the U.S. Constitution, and the Gettysburg Address among other priceless artifacts. On a grimmer note, during the Cold War, morphine and opium were stored at the Depository in case they were needed in huge quantities after a nuclear exchange with the Soviet Union.