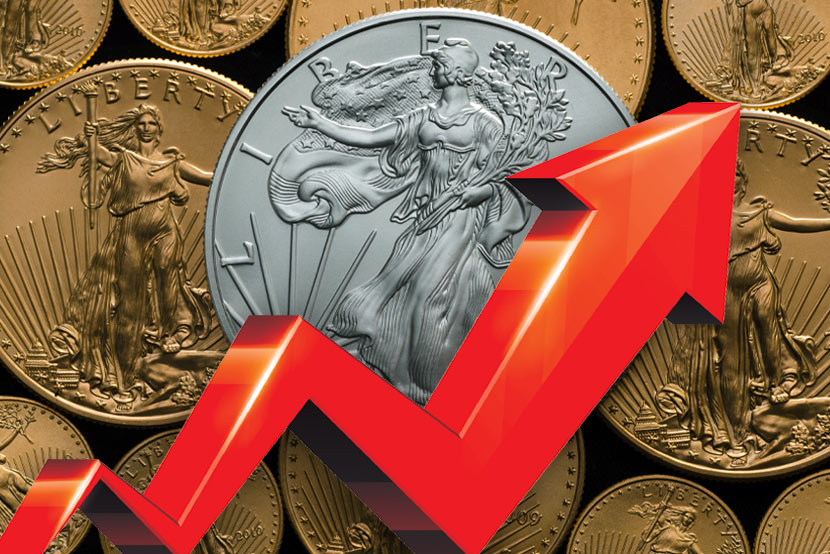 The demand for physical precious metals ownership is surging. I have previously discussed several of the growing number of reasons for precious metals ownership, such as towering federal debt and owning gold as a hedge against stock market volatility. It makes sense that these reasons would lead to high levels of demand from informed members of the populace, but few could have predicted how widely the demand has grown. Among those who were caught off guard includes the U.S. Mint itself.

The U.S. Mint announced it was unable to keep up with the exploding demand for gold and silver bullion coins in 2020 and through January 2021.

On February 2, 2021, the U.S. Mint said that it was unable to meet demand for its gold and silver bullion coins in 2020 and through January 2021. In its statement, the Mint specified that it is limiting distribution of its gold, platinum, and especially silver coins to specific dealers because of heavy demand, especially after silver prices reached an eight-year high.

Precious metals sales have been on this trajectory for some time.

According to data provided by the U.S. Mint, sales of U.S. gold bullion coins rose 258% in 2020. At the same time, silver coin sales were up 28%. This demand is still ongoing. The Mint’s silver coin sales jumped 24%, to 4.775 million ounces, in January alone, the highest level of demand during January in years.

U.S. Money Reserve’s President and former U.S. Mint Director Philip N. Diehl commented, “With silver prices more than doubling over the last 11 months, the U.S. Mint is pulling out the stops trying to keep up with demand. It will be a challenge as market forces seem set to drive demand even higher.”

The 2021 3-Coin Silver American Eagle Reagan Legacy Set marks a unique time in history. Modern-day issues of nearly all American Silver Eagle coins are typically produced at the U.S. Mint at West Point. However, due to the rising silver demand and global supply constraints over the past year, the U.S. Mint had to supplement the production of Silver American Eagles at the San Francisco and Philadelphia Mints, in addition to its West Point Mint Facility.

This three-coin set contains Silver Eagles from all three Mints and features one of the final appearances of John Mercanti's iconic eagle reverse design. Each coin is certified Museum-Quality MS-70 “First Day of Issue” by PCGS with a special “Type 1” designation and includes a specialty label hand-signed by an esteemed member of the Reagan family as part of U.S. Money Reserve's exclusive Reagan Legacy Signature Series.

We are proud to be the only provider of this exclusive offering at a time when silver demand is reaching new heights. Click here to learn more about this incredible three-coin silver set and for information about how you can take advantage of this limited opportunity.