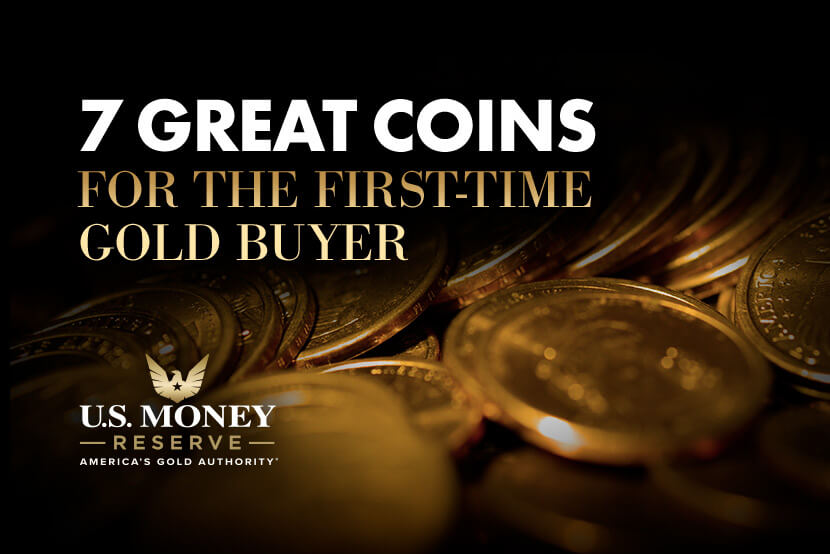 Many of the gold coins sold in the U.S. come from the U.S. Mint, which celebrates its 230th anniversary in 2022. The Mint was established under the Coinage Act of 1792.

“Every coin manufactured by the Mint is the result of combined efforts of artists, engineers, production workers, and support staff who team up to transform an idea into a design and then bring that design to life on a miniature canvas,” says Ventris C. Gibson, deputy director of the U.S. Mint.

Why Buying Gold Coins Might Be a Wise Move

As the TaxAct Blog and Investopedia explain, gold and other precious metals have had a place in American portfolios for a long time. So why would someone buy gold coins? Here are six reasons gold might be a wise move for your portfolio.

1. The price of gold tends to go up when the prices of some other assets decline.
2. Gold is viewed as a hedge against inflation.
3. Many gold coins are legal tender, making them a form of currency. Gold started being used as currency around 560 B.C.
4. In the form of coins and bars, gold can diversify your portfolio.
5. Gold can serve as a safe-haven asset during economic and political instability.
6. Gold can help preserve generational wealth.

Mints produce an array of gold coins. But because of their staying power, the following seven gold coins are great options to consider if you’re a first-time gold buyer.

The U.S. Mint produces Gold American Eagle coins in four weights: 1 oz., ½ oz., ¼ oz., and 1/10th oz. All of these coins are 22-karat gold, and the U.S. government guarantees their weight, content, and purity. In addition to buying these coins via direct delivery, you can also add them to a precious metals IRA.

“These $50 gold coins are available to members of the public seeking a simple and tangible way to own…24-karat gold in the form of legal tender coins whose content and purity is guaranteed by the U.S. government,” the Mint says.

This coin can also be included in a precious metals IRA.

The Canadian Gold Maple Leaf coin was the first bullion coin struck from 1 oz. of 99.99% pure gold. The Royal Canadian Mint first issued this coin in 1979.

A Canadian Gold Maple Leaf Coin can be added to a precious metals IRA.

The Austrian Gold Philharmonic coin ranks as one of the world’s most popular gold bullion coins. Produced by the Austrian Mint to celebrate its country’s rich cultural history, each coin is struck from 1 oz. of 99.99% pure gold. At 37mm wide, the coin boasts the largest diameter in the world for a coin of its size and purity.

The Austrian Gold Philharmonic coin can be included in a precious metals IRA.

Guaranteed by the U.S. government for weight, content, and purity, this coin is graded a perfect MS-70 or near-perfect MS-69 by Professional Coin Grading Service (PCGS). The coin, produced by the U.S. Mint at West Point, is authorized U.S. legal tender.

PCGS is one of the most respected names in third-party coin certification. Founded in 1986 by a group of expert coin dealers, PCGS provides “a dependable form of protection” for coin owners by establishing each submitted coin’s scarcity and guaranteeing that assessment.

Proof coins have enhanced features, including frosted devices and highly polished mirror-like fields. As such, the Proof Gold American Eagle carries an additional level of prestige among gold buyers.

In this particular case, each coin label is hand-signed by Ronald Reagan’s eldest son, Michael Reagan, commemorating the anniversary of this historical event and honoring the father of our nation’s most successful modern gold coin program. The Reagan Legacy Signature Series is available only from U.S. Money Reserve.

Request a free Gold Information Kit to learn everything you need to know about buying gold for the first time and call U.S. Money Reserve for a one-on-one consultation with an Account Executive who can explain more about gold coins.