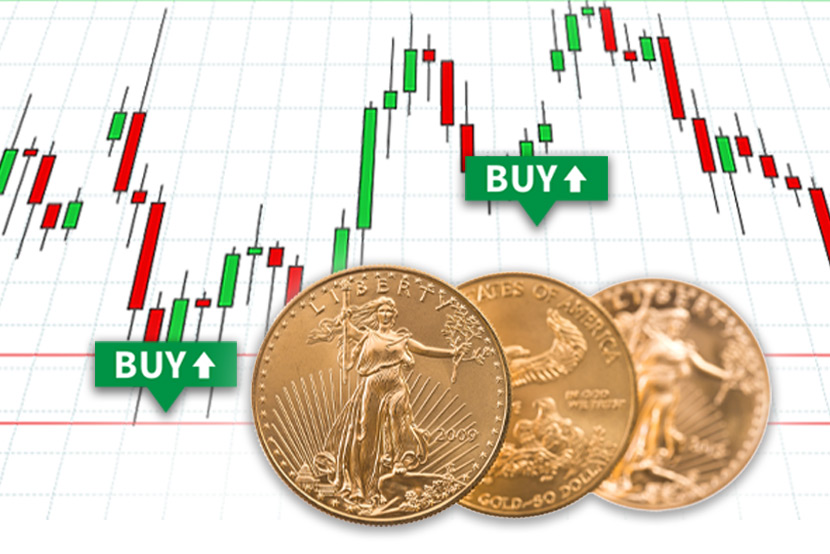 Anyone who has paid attention to the precious metals market recently knows that gold has faced some price pressure in response to fresh signs of an economic recovery. However, seasoned market watchers likely see this latest price dip as a buying opportunity for the long term.

Gold has a history of “bouncing back.”

Throughout gold’s history, there have been numerous instances of gold prices rebounding following a correction. Former U.S. Mint Director Ed Moy explained to Kitco News the price action of gold following the 2008 financial crisis. Moy said, “[P]rices were shooting up. Then, the government started injecting both fiscal and monetary stimulus, and you saw gold correct down maybe 20-30%. And then, over the next three years, gold began to climb until it set a new record of $1,925 in 2011.” Anyone who bought the precious metal during this dip could have seen subsequent gains when prices rebounded.

The recent market activity could be the start of a new buying opportunity for the precious metal, allowing savvy purchasers to grab gold at lower prices before they could increase again. While there is no guarantee of a future price jump, there are many reasons to believe it could happen again.

Many of the factors that have historically driven gold prices upward are present again.

Federal debt is still at massive highs. Even without the recent stimulus acts and other government spending meant to support the economy during the pandemic crisis, federal debt was already swelling to unsustainable levels. Gold has historically been considered a hedge against economic risk factors, such as ballooning federal debt.

The dollar is also under pressure. Inflation concerns have affected markets in recent weeks, and before that, foreign governments began to shift their reserves away from the dollar. Russia’s central bank, for example, decreased much of its dollar-denominated assets in favor of gold. Bloomberg reported in 2020 that Russia’s central bank now has more gold than dollars in its reserves for the first time in decades. Gold has also been seen by many experts as a hedge against the dollar. As Investopedia explains, “So an owner of gold is protected (or hedged) against a falling dollar because, as inflation rises and erodes the value of the dollar, the cost of every ounce of gold in dollars will rise as a result.”

There is also a high degree of uncertainty in the markets, with many commentators worried that the stock market could be in a “bubble” partly fueled by the Federal Reserve’s easy-money policies. During times of marketplace uncertainty gold has also historically seen a rise in prices. Last year, gold prices rose to record highs because of widespread economic concern and ongoing market volatility.

This is the reason why some, such as billionaire Jim Rogers, believe there will be a new “gold and silver boom.”

Rogers, Chairman of Beeland Interests, Inc. and co-founder of Quantum Fund, recently expressed his optimistic view toward precious metals in an interview with Real Vision on March 1, 2021, saying, “Both gold and silver are going to go through the roof.”

He reasoned that historically, people flock to gold and silver when faith in government and monetary systems falters, seeking security in these metals.

It is for all these reasons that gold’s recent price correction could be a major buying opportunity. Taking advantage of this price dip could pay off big in the long run.