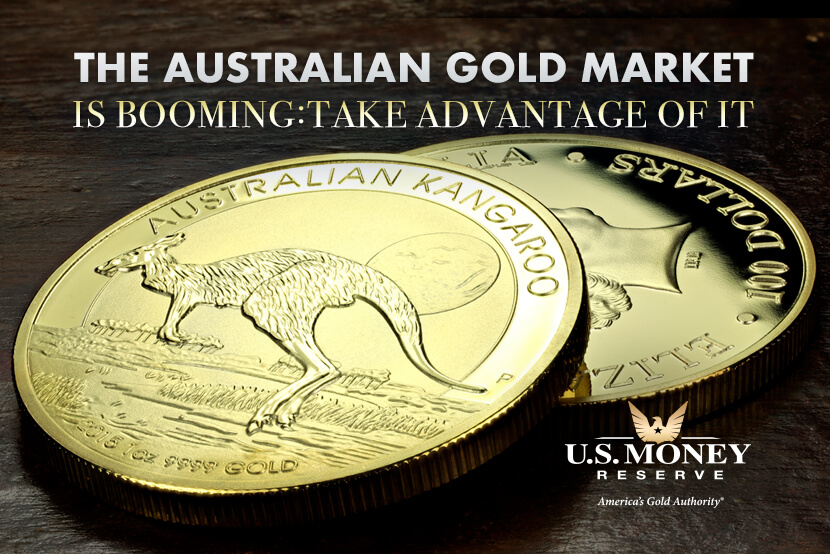 The Australian Gold Market Is Booming: Take Advantage of It

Australia’s gold scene is shining. Sales of Australia-minted gold coins and bars are on the rise, and so have been gold prices. Two giant gold nuggets were discovered in late August. And unrelated gold mining expansion and reopening plans are underway.

As gold gains in Australia, so does its dollar. What’s behind Australia’s red-hot gold market? Learn what’s happening and how you can grab a piece of this success.

Going Into Overdrive at The Perth Mint

Neil Vance, general manager of minted products at The Perth Mint in Australia, reports that since March, the Mint’s coin manufacturing facility has been operating several shifts up to six days a week to meet heightened demand. At some points, the Mint has been striking a record-setting 100,000 coins a day.

“We are in unprecedented times. This year more than ever before, [asset holders] are looking to trusted and enduring assets such as precious metals to protect and grow their wealth in the face of challenging economic and financial times,” Vance said.

“Whether you’re starting your wealth creation journey or adding to your existing portfolio, having exposure to precious metals helps to diversify risk, bringing balance to your [holdings],” he added.

Driven in part by a rise in “safe-haven” demand for gold, The Perth Mint reports that sales of gold coins and bars rose more than 26% in July compared with June, according to the Reuters news service. The numbers posted in July were about 160% above where they were a year earlier.

A Golden Era in Australia

The Perth Mint isn’t the only one enjoying the Australian gold rush:

Additionally, the Australian dollar has rebounded amid a big rally for gold and iron ore, The Wall Street Journal reported in August. Globally, the price of gold has soared as people continue to seek a recessionary hedge.

According to the IBISWorld market research firm, in the 2019–2020 budget year, Australia produced 335 metric tons of gold, and the country is on track to replace China as the world’s largest producer of gold in 2021. Market analysis firm Resources Monitor says Australia’s reputation as a cost-effective gold producer puts the country in that position.

“Today, Australia has the world’s largest economically viable gold resources and some of the world’s biggest mines,” according to Nikkei Asian Review.