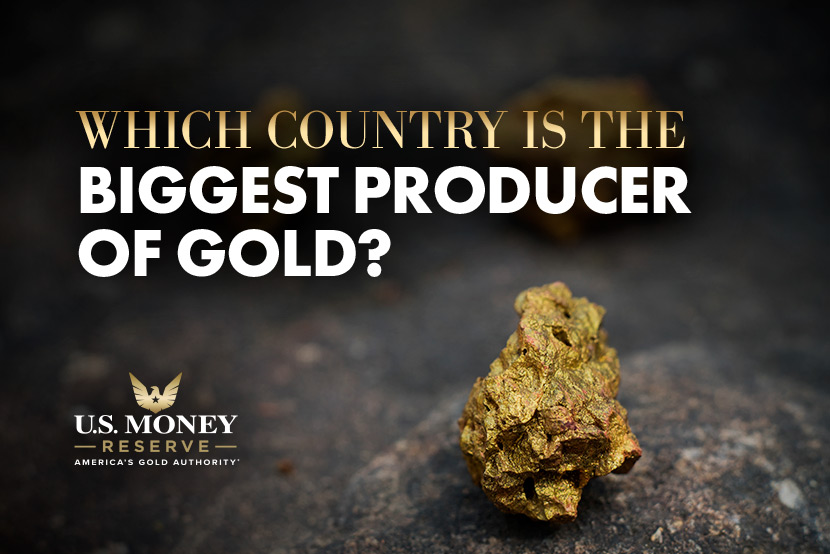 Which Country Is the Biggest Producer of Gold?

California experienced a gold rush in the mid-1800s. But these days you won’t find much gold in California. To witness a modern-day gold rush, you’ll need to head to Asia.

In 2020, China ranked as the number-one country for gold production. According to the World Gold Council (WGC), China accounted for about 11% of global gold production that year. The U.S., however, wasn’t too far behind.

The Biggest Producers of Gold

Based on figures from 2020, China holds the title of the world’s biggest producer of gold. China’s total output that year was 368.3 metric tons, or more than 11.8 million troy ounces, the World Gold Council says.

Here are the top 10 gold-producing countries for 2020, according to the WGC:

Though figures vary, the WGC and gold mining company Kalo Gold estimate that 201,296 metric tons of gold have been mined throughout history, and 53,000 metric tons sit below ground still waiting to be mined.

Most of the gold mined around the globe has been discovered in three countries: China, Australia, and South Africa.

Countries That Own the Most Gold

While China is the biggest producer of gold, it isn’t the biggest owner of gold. That honor goes to the United States.

As of September 2021, the United States had 8,134 metric tons of gold in reserves. That number far eclipses the gold reserves of any other country. Here are the top 10 owners of gold (rounded up to the nearest metric ton), according to Statista:

Where to Find Gold in the U.S.

Although California is known as the Golden State, it’s not currently the top state for gold production. Neighboring Nevada accounts for about 74% of gold mining in the country, the USGS says. While Nevada isn’t likely to be topped as the number one gold-producing state, buzz is growing about the possibility of California claiming the title in the future.

“As [gold] prices have risen and mining technology has become more sophisticated, mines are opening and reopening in places where mining was once thought economically unfeasible,” reports The Atlantic.

Across the United States, about 18,000 metric tons of gold remain undiscovered, while another 15,000 metric tons have been identified but not mined, according to the USGS.

Is There Gold in Space?

Believe it or not, lots of gold is floating around in the universe.

Most notably, the asteroid Psyche—sandwiched between Mars and Jupiter—contains a motherlode of metal, including gold, iron, and nickel. Estimated value: $700 quintillion. If that money were put in the hands of all 7.75 billion of Earth’s inhabitants, each person would pocket about $90.3 billion.

A forecast published by the Australian government indicates that there could be an uptick in global gold production in 2022 and 2023 (although none of it presumably will be from outer space). According to the forecast, production by gold mines is expected to rise 3% in 2022, going to 3,758 metric tons, and 2% in 2023, going to 3,834 metric tons. The Australian government says this increase in gold production will be driven by stepped-up mining in Australia, Canada, and Chile.

Shop with U.S. Money Reserve, and you’ll find gold coins and bars made from gold mined right here in the United States. We specialize in gold coins that are 100% guaranteed by the U.S. government for their gold content, weight, and purity.