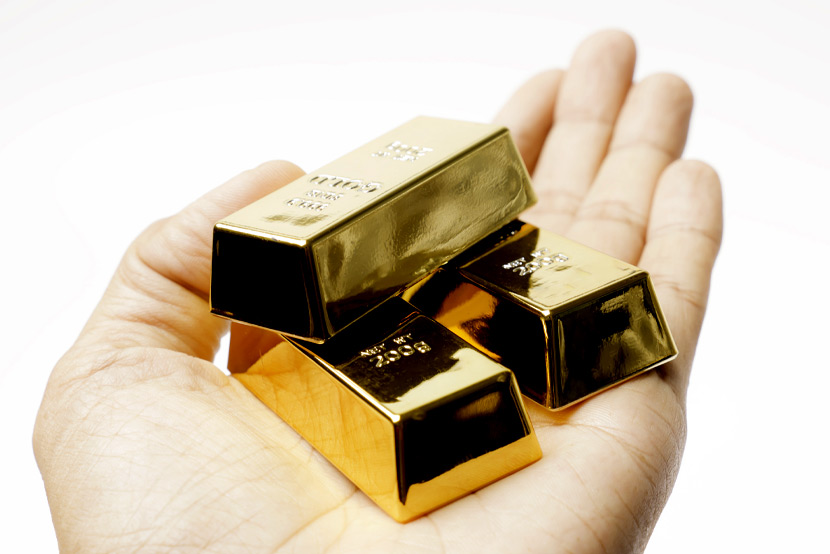 Is Gold the Secret to Generational Wealth?

As many of you know, I’m not only the CEO of a world-respected precious metals distributor. First and foremost, I’m the mother of seven children.

As a parent, I believe that it’s my responsibility to teach my children how to be financially responsible for themselves, and provide them the opportunity to set out on their own course, whatever that may be. Each one of my children is so very different from the other, and I expect that no two will have the same journey. Therefore, each of them must understand the financial landscape that they will be dealing with when the time comes.

According to a May 28, 2021, report by Fox Business, the core Personal Consumption Expenditures Index (PCE Index), which measures the prices paid for most goods and services, rose 3.1% from the prior year. This was the largest increase in at least 28 years. That same day, CNBC reported that the PCE Index is considered by Federal Reserve officials to be the best gauge for inflation—and that the increase is higher than they expected.

As inflation increases, the buying power of your cash savings decreases.

This idea is at the core of inflation: As the prices of goods and services go up, the spending power of your hard-earned money goes down. Every dollar gets stretched a little thinner, and the life’s savings you plan to leave to your children feels a little less helpful than you thought it would be.

For example, in 1940, my grandmother would have paid 33 cents for a dozen eggs. In 1975, that same dozen eggs would have cost my father 77 cents. And today? A dozen eggs will run you $1.63—nearly four times what my grandmother paid. Imagine leaving your hard-earned wealth to your children or grandchildren, hoping to give them a better future, and instead that money loses more than three quarters of its buying power in just a few decades.

But if we can’t trust that our hard-earned cash will support the next generation, then what can we trust? 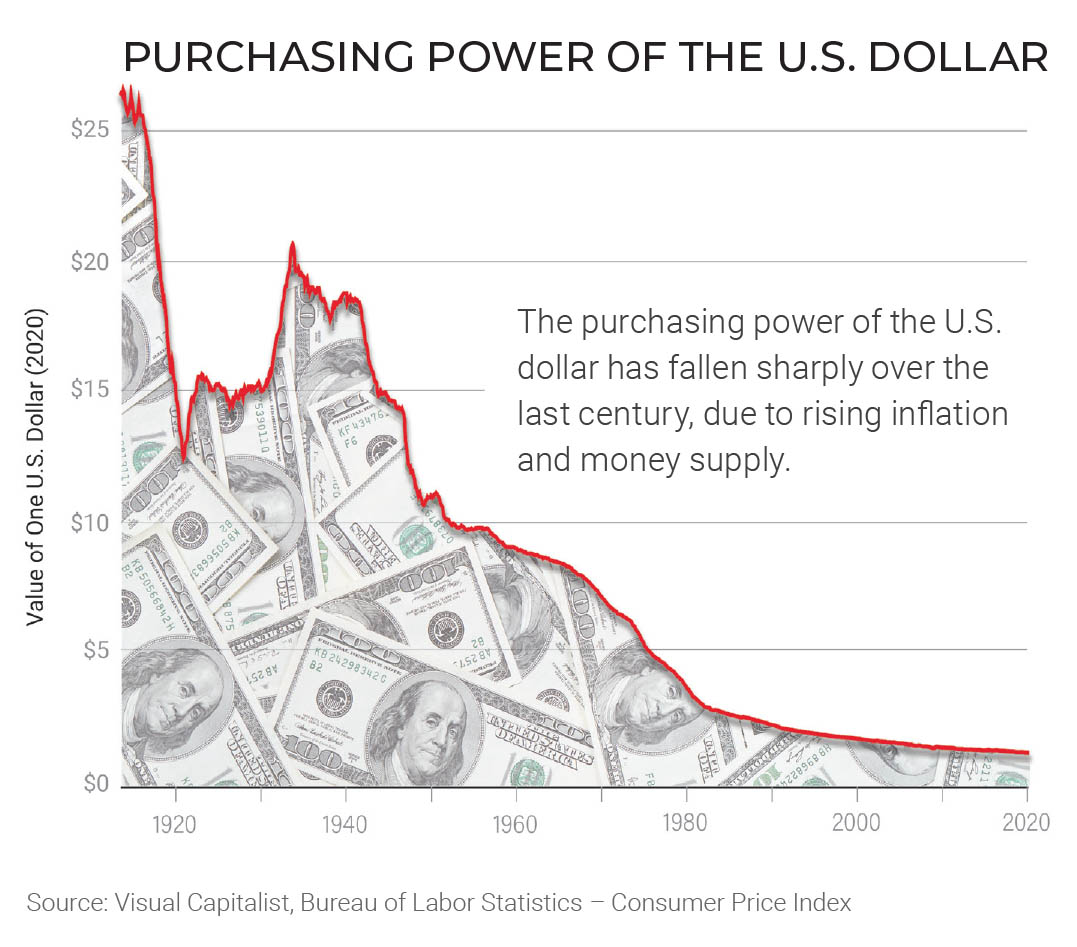 Over time, your hard-earned money loses its spending power.

Gold can be a reliable way to pass down generational wealth. 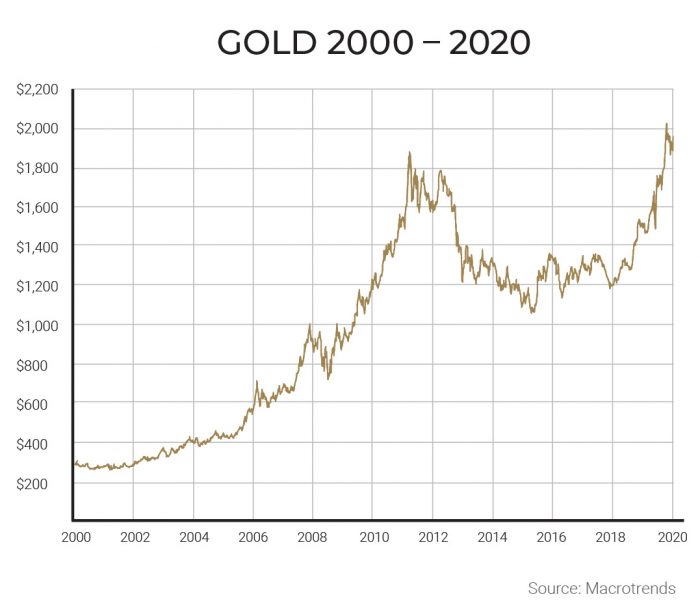 Over the last 20 years, gold has seen massive gains.

Time and again, we hear from clients who are looking for a way to not only hedge against inflation or other economic factors, but also to provide a physical way to pass wealth down to their children and grandchildren. Gold may be the answer to achieving both of these goals.

Gold, unlike the dollar, has increased over time, showing an ability to not only maintain but also grow its purchasing power and wealth potential.

And unlike the cash in your bank account, the gold you keep in your home can be privately handed down to your heirs when the time is right.

In 1940, the average price of gold was about $34/oz. If my grandmother had owned an ounce of gold and passed it down to my father, he could have sold it for about $161 in 1975. Today, that same ounce of gold could realize around $1,900/oz. That’s wealth protection!

Even if you had begun securing gold just 20 years ago, you could have benefited from gold’s track record of positive performance. And it’s never too late to start.

Gold allows you to literally hand your wealth to the next generation.

As a parent, I hold the financial well-being of my children as one of my top priorities. I want to do everything in my power to ensure that whatever the future holds, the sacrifices I’ve made on their behalf will have been worth it.

Physical gold provides us with the ability to literally (and most importantly, privately) hand down a portion of our wealth to our children and grandchildren. Another option to consider when building your legacy plan is holding gold within an IRA that can provide additional tax benefits for you and your children.

There are many ways to pass down generational wealth. As with your portfolio, I suggest you balance your approach with the power and privacy of precious metals.