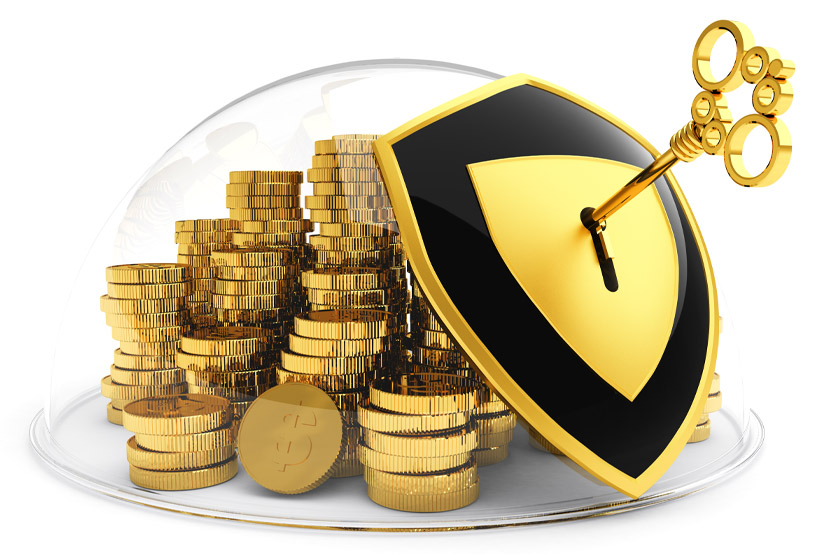 Gold: The Ultimate Protection in the Digital Age

About a week ago, I had an errand to run, and when I went to pay with my bank card, I noticed that I didn’t have any cash on me. Now, I typically don’t need cash these days, but it got me thinking about the last time I regularly carried actual dollar bills on me—and honestly, I’m not sure how long ago that was.

Then I saw a news story on June 7, 2021, about the FBI seizing $2.3 million in Bitcoin that had been paid as a ransom to hackers. And I couldn’t help but think: Nearly all the assets in my portfolio—even “technically” paper assets like cash—are essentially digital these days. Sure, I can still hold physical money in my hand if I want to—but only if the computer network that makes ATMs and my bank card are both operational. Even if you physically go into a brick-and-mortar bank location, they must rely on a computer network to determine how much you have and how much you can take out.

So if nearly all of our wealth is digital, how can we keep it safe?

That $2.3 million in bitcoin was a part of a larger ransom paid to hackers who temporarily took down the Colonial Pipeline. The attack led to massive gas shortages in Southeast states. Reuters even called it “the most disruptive U.S. cyberattack on record,” but it’s far from an isolated incident.

In fact, on June 8, 2021—the very day after the Reuters article was published—The Hill reported that “a tech vendor used by dozens of House offices on Capitol Hill for constituent outreach services has reportedly been hit by a ransomware attack,” turning a service used by our own elected officials into “the latest victim in a series of cyberattacks to target U.S.-based entities.”

One of those U.S.-based entities could be our nation’s power grid. On June 6, 2021, U.S. Energy Secretary Jennifer Granholm went on CNN’s State of the Union and was asked if our nation’s adversaries have the capability of shutting down our power grid. Her response: “Yeah, they do…. There are thousands of attacks on all aspects of the energy sector and the private sector generally. It’s happening all the time.”

So if hackers can create fuel shortages or leave us without electricity, what does that mean for our banking systems? Many Americans do most of their banking on their phones or computers. What happens if we can’t log in or access our money?

To be honest, it has me worried. But it’s not all doom and gloom, and I’m not sharing this news to scare you. In fact, I’m hoping to do just the opposite.

It’s important to stay informed about potential threats to your money.

For many of us, wealth represents more than just the ability to buy things. It represents security when we retire or a brighter future for our children. So it makes sense to stay informed about any possible threats to that future and try to make the best decisions moving forward.

Here’s another example: On June 5, 2021, MarketWatch reported, “It’s not just corporations that are facing an epidemic of cyberattacks—American retail investors are also struggling to contend with a surge in hackers taking over their investment accounts.” This statement was backed up by data from Ari Jacoby, CEO of cybersecurity firm Deduce, showing a roughly 250% increase in account-takeover fraud between 2019 and 2020.

The FBI’s Internet Crime Report 2020 shows that the total number of reported Internet crimes increased more than 69% between 2019 and 2020 and that Americans lost more than $4 billion to Internet crime in 2020. 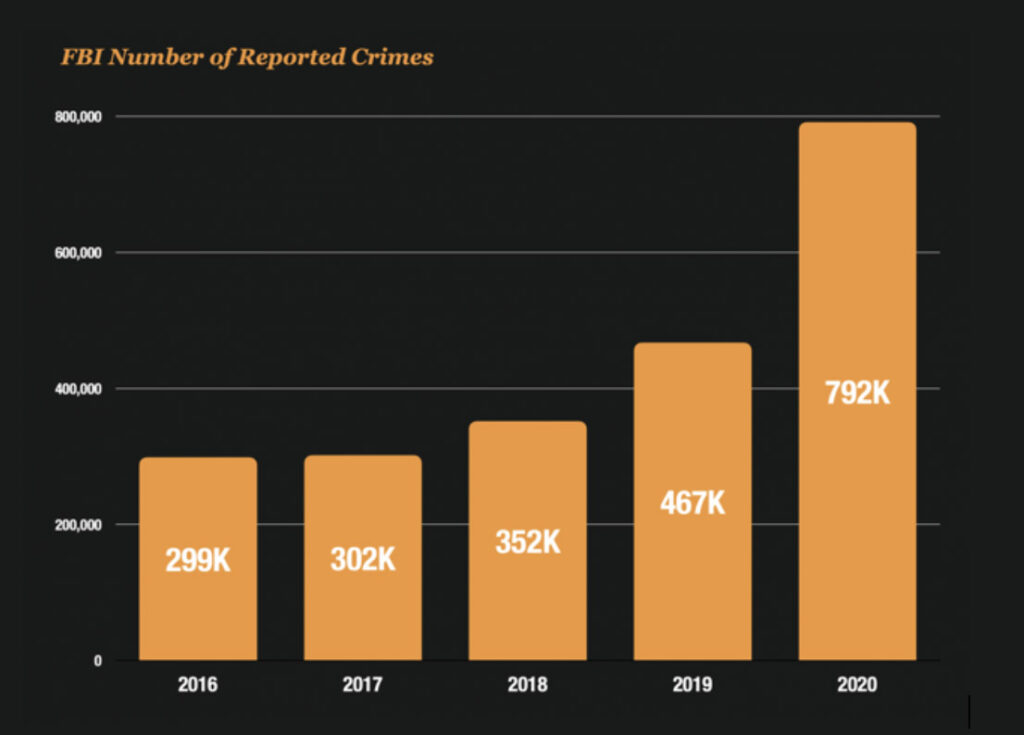 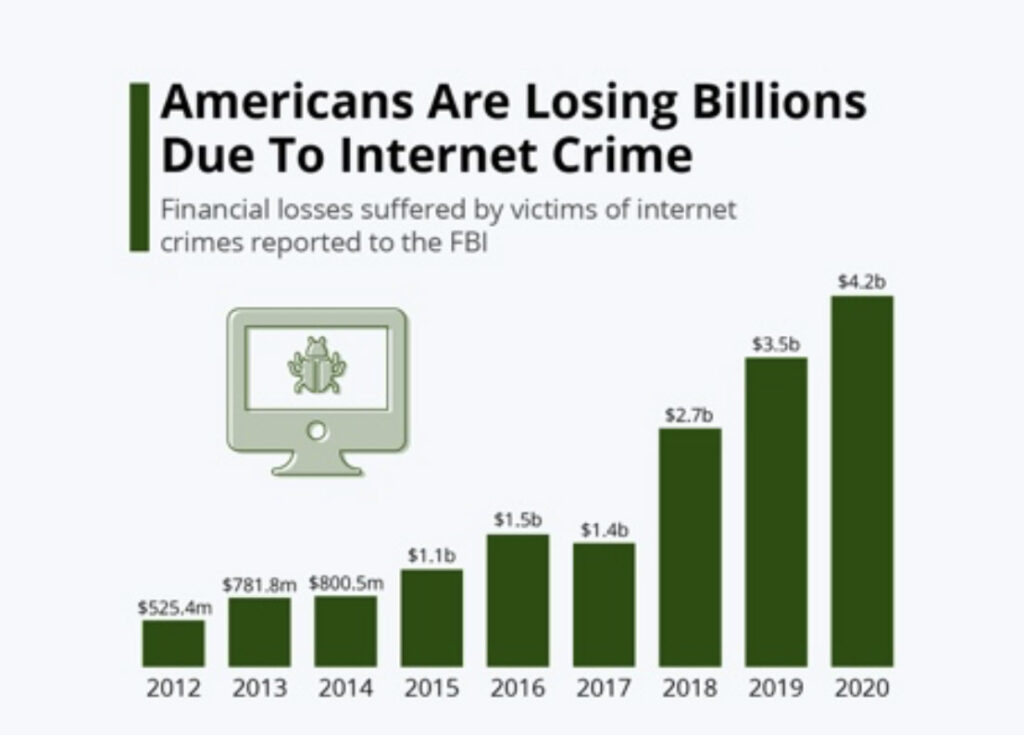 Even though it may seem scary, this information is really useful. It tells us about the current status of the financial world, which in turn can help us make better financial decisions. In fact, this news highlights how important it is for us to take steps to protect our digital assets—and perhaps move some of our money into assets that aren’t made up of ones and zeroes.

Even in a world full of threats to your wealth and welfare, there’s good news. Privately owned physical gold is never at the mercy of hackers. This is one of physical gold’s greatest strengths. When you own tangible, physical gold, it’s right there in your hands—not existing on a network of computers that may or may not be under attack from cybercriminals and not reliant upon outside forces like the U.S. power grid for you to access. Whenever you need it, you can literally have it at your fingertips.

Owning gold is like having brakes on your car. Brakes serve many functions and are incredibly useful in an emergency. But we don’t put brakes on our cars because we’re terrified of what’s out there or what may happen. We have them because they’re a logical addition to our vehicle, and we understand the simple realities that come with being on the road. The same is true for our wealth. Good or bad, we need to understand the current realities of the financial world and make sure our “vehicle” has a quality set of “brakes” installed to help us through any situation.

Being prepared can help you take on whatever the future may bring. U.S. Money Reserve can help by assisting you in diversifying with physical precious metals.

The world can be a scary place, but that doesn’t mean you have to live in a constant state of fear. For example, I still have no problem leaving the house without cash on me. In general, I trust my bank to keep my family’s funds secure and use their resources to guard against cybercrime. But that doesn’t mean I put all of my trust in assets held by financial institutions. I still ensure that a portion of my wealth is made up of physical precious metals.

By doing the same and taking your financial future into your own hands—literally—you can ensure that you have a store of wealth that is essentially invulnerable to cyberattack.

Precious metals can offer more than just a hedge against inflation or other economic factors. They can also provide peace of mind in knowing that a portion of your wealth is completely under your control—and no one else’s.