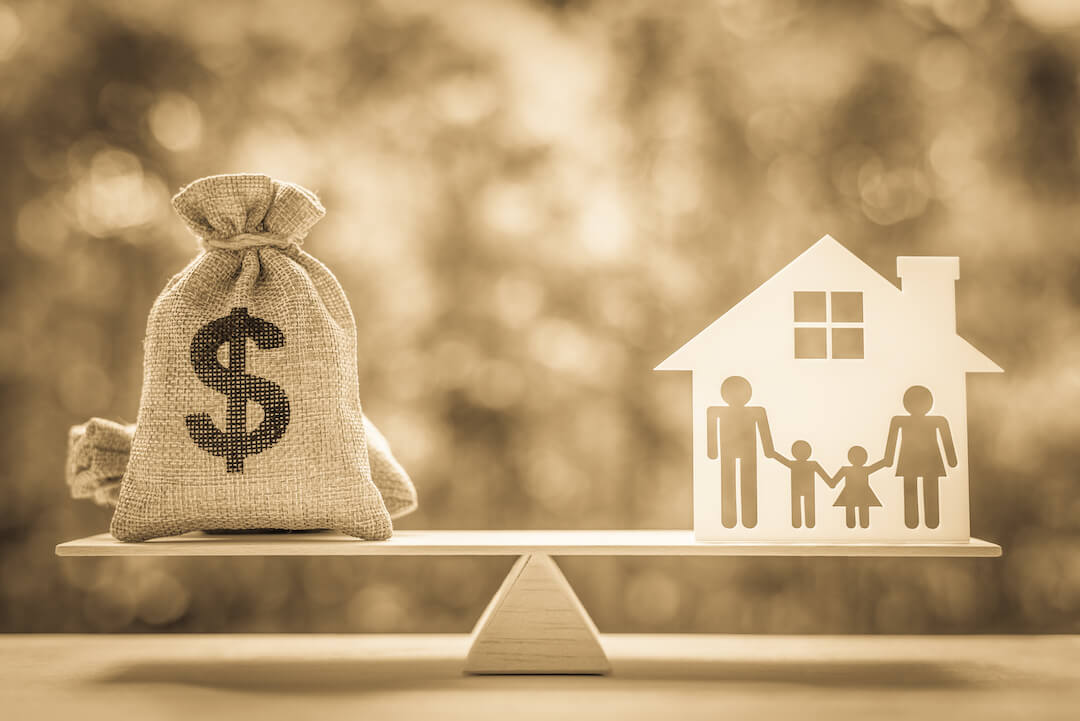 Generational Wealth Protection Is Critical to This Mother of Seven

I was raised in Axtell, Nebraska, a place with a population of only 726 people at the last census—and it has pretty much been that size since I was born. Axtell is in rural Kearney County in southern Nebraska.

The house I grew up in was first purchased by my grandparents before the Great Depression. Axtell was right on the crest of what was to be known as the “Dust Bowl.” It was tough to be a farmer at that time and even tougher to preserve and maintain a farm and home during those years, but families were successful because they worked hard and focused on meeting the challenges and adversity thrown their way.

I’m grateful they did. Having something as tangible and beneficial as a home and land to pass down to future generations is invaluable. I will forever appreciate the incredible hard work, continued effort, and personal sacrifice my family put into that land and home every single day.

Home prices are growing higher and higher, making it harder for a new generation of first-time homebuyers to own one.

The average cost of a house in Nebraska now is $215,000. To put that in perspective, the average cost of a house in the United States in 1975 was $39,500. Home prices were even increasing at a rate twice as fast as inflation in 2016 as reported by CNBC. This spike in real estate prices over time makes a house an even more precious legacy. I now think of the house in Axtell when I think of my own kids.

I am a mother of seven wonderful kids, and it takes a lot to care for them, especially with the cost of raising a child skyrocketing. Each one has his or her own personal needs, so I have to constantly think about the costs of daily living: education, food, clothes, etc. I do everything I can to provide for my children all now while I also think of their futures. Leaving them the same sort of legacy that my grandparents left to help me is one of my strongest wishes.

That isn’t an uncommon sentiment. Most parents and grandparents often think about what they will be able to leave behind for their loved ones.

The need for this planning is shown not just by rising housing costs, but by rising costs of living as well.

It’s no secret that the world is now more expensive to live in. Earlier this year, the Social Security Administration (SSA) announced a 1.6% cost-of-living adjustment for retirees receiving benefit payments in 2020, following the COLA increase of 2.8% in 2019. When the SSA does this, they are considering many factors. The costs of transportation, oil and gas, and healthcare have all been on the rise. There is always the possibility that new taxes could come into play. Beyond this, there is also a decline in the overall wealth of younger people.

The wealth gap between younger and older households has almost doubled over the last 20 years.

A big part of this is college tuition debt, which has more than doubled since the 1980s. The impact of the 2008 recession has also disrupted the job opportunities and careers for a generation of young people. As reported in 2018 by the Federal Reserve Bank of St. Louis, millennials had wealth levels 34% below where they probably would have had the recession not occurred.

Any parent who reads these facts is probably thinking of the tough times their kids could face. When I think of my seven kids, I feel the same, and I want to set them up for the best possible future no matter what happens. Leaving a strong legacy for all of them is how I intend to do that.

That’s why I have set some of my money aside in precious metals as a form of generational wealth. Like that house in Axtell was for me, it’s a tangible asset I can leave for my own children.

Raising kids is already tough enough. With all of the other financial challenges of parenting, such as saving for college, it can be easy not to make the time and effort needed to build a generational wealth plan. It’s a daunting—not to mention emotional—task to financially plan past your retirement. But it’s something we must all consider doing sooner rather than later. Whether you have one kid or seven, allocating money into an asset—such as precious metals—that you can count on in the future is critical. Your role as a parent doesn’t end when the kids move out. As we all know, you will always be their parent for life.