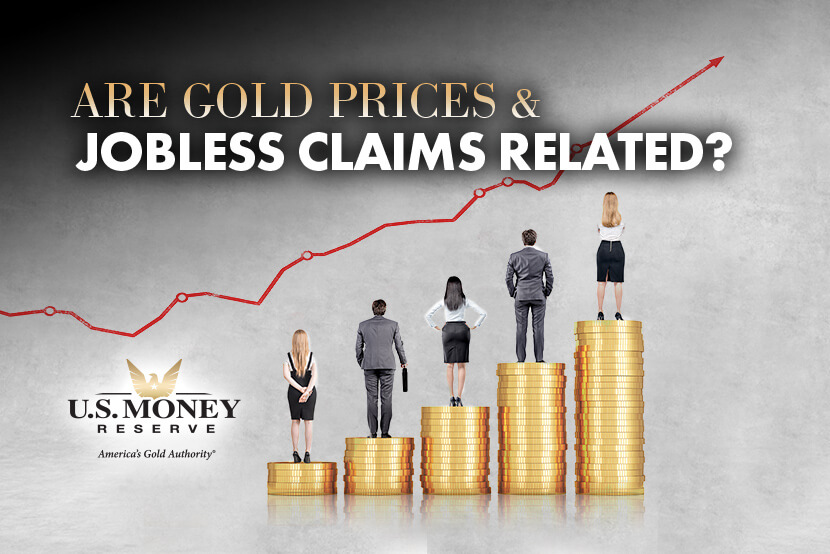 From as far back as 1972 until now, there does not appear to be a clear and direct long-term relationship between first-time unemployment claims—reported each week by the U.S. Bureau of Labor Statistics and viewed as an economic barometer—and gold prices, according to Sunshine Profits.

However, as Sunshine Profits notes, that trend could be counterintuitive. Initial jobless claims tend to rise as economic activity slows (leading to job losses) and fall when the economy expands (leading to job gains).

Therefore, unemployment claims “should be theoretically positively linked to gold, which also often shines when the economy struggles.” 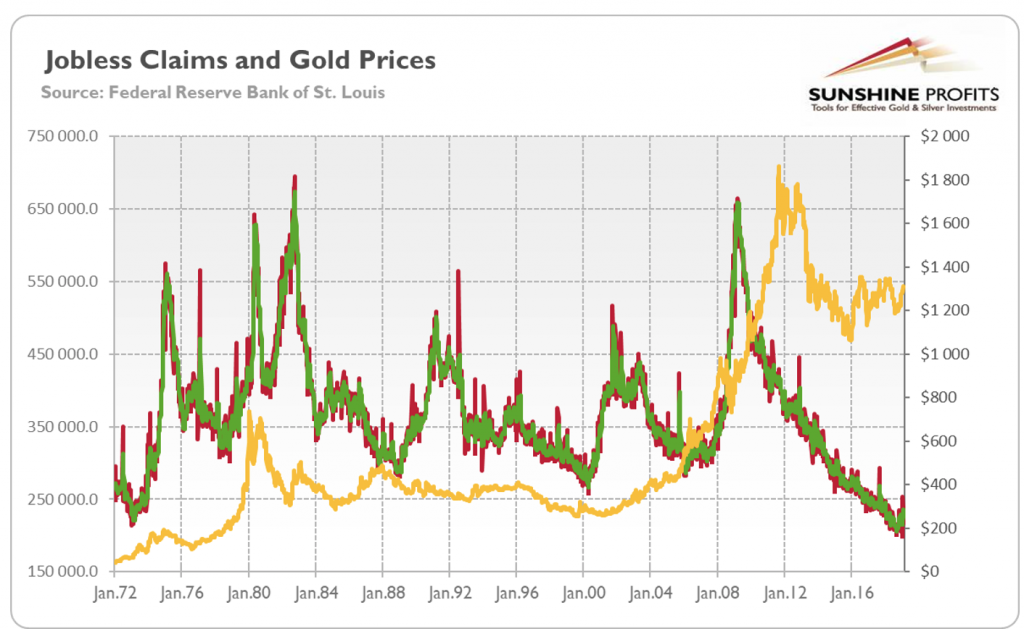 During the current recession, gold prices haven’t fluctuated dramatically either way in response to jobless claims.

For instance, Kitco News reported on November 12 that the gold market ignored a significant drop in jobless claims that day, with prices for the yellow metal remaining steady. Why is that? MarketWatch explains that gold has managed to hold its ground amid declining numbers for jobless claims because the claims remain elevated from pre-recession levels. As such, Will Cai, partner and head of Wilshire Phoenix, tells MarketWatch that asset holders should not look to gold as a short-term bet but instead as a long-term hedge against inflation and a portfolio diversifier.

Still, gold prices have seen a few noticeable shifts in recent months. In August, the price of gold rocketed past $2,000/oz. Since then, though, the price has settled around the $1,900/oz. mark.

When you look at initial jobless claims since this spring, the number hit its 2020 high in late March, with nearly 6.9 million weekly first-time claims. It wasn’t until early August that the number fell below one million for the first time since mid-March. Since August, as we noted, gold prices haven’t shifted substantially upward or downward—even as jobless claims have enjoyed a mostly downward trend. For the week ending November 7, the number of jobless claims reported (709,000) was the lowest amount since March. On November 12, the day that figure was released, the price of gold rose only about $12/oz. from the previous day, landing at nearly $1,876/oz.

In March, toward the outset of the recession, an analyst from Sunshine Profits surmised that a massive unemployment wave might push up gold prices. But so far, that possibility hasn’t panned out, at least as a longer-term trend.

In the meantime, gold keeps shining, with prices still hovering close to the historic high set in August. Some of the credit for that goes to the fact that the labor market still has some territory to cover before reaching its pre-recession condition.

The economic landscape is always changing, so stay informed. Sign up for market insights from U.S. Money Reserve and bookmark our Resource Library. It’s filled with comprehensive reports about everything from global debt to portfolio diversification.