Home » Headline Gold News » Too Big to Bail: How Much Can We Really Trust Banks? 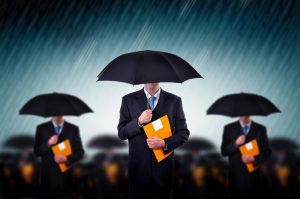 Cyprus seemed an unlikely place for an economic meltdown. The captivating island nation in the eastern Mediterranean is best known for endless beaches, fine wine, world-class scuba diving, and sun-washed villas. It is the legendary birthplace of Aphrodite, the Greek goddess of love, who is said to have risen from the turquoise waters off the Cyprian coast. Four years ago, Cyprus was also a popular money shelter where taxes were only levied on income made within the country. This was a giant lure for offshore companies (particularly from Russia) that reaped the benefits of tax exemption on all foreign dividends and/or income made outside of Cyprus.

The country got into fiscal trouble by overspending, overpromising, and lending a lot of money to Greece. At the height of the debt crisis (2012), Cyprus was the fifth EU country to seek financial rescue, after Spain, Ireland, Portugal, and Greece. Desperate to secure a critical bailout for its struggling banks, Cyprus ultimately reached an agreement with the EU and the IMF that called for the confiscation of 20% of all bank deposits over €100,000 as collateral, along with the closure of the country’s second biggest bank and the restructuring of its main bank. The bailout was put squarely on the backs of bank patrons, who collectively lost over € 8billion, or almost 50% of respective savings over the 100K threshold.

Since the final bailout package was less than Cyprus had sought, the balance was made up by an added deposit tax (as high as 10%) levied on bank balances that dipped below the €100K mark.

Banking authorities not only seized money, but they also closed the banks for several weeks. And when the banks reopened, they imposed a withdrawal limit of just €100 a day to avoid a run on cash. Who can forget the images of frantic Cypriots standing in long ATM lines desperate to withdraw their own money. At one closed branch, a customer even showed up with a bulldozer and threatened to bust his way through the front door.

So much for putting a little bit away for a rainy day. So could it happen here? Can the Feds legally seize our bank deposits? Could they, in the event of a major bank failure, confiscate portions of our savings or checking accounts? In a word, yes.

In the wake of the financial crisis of 2007–2008, there was much discussion about some banks being “too big to fail.” The policy coming out of Washington, however, was more along the lines of “too big to bail.” There’s a curious provision of the Dodd–Frank bill (the Dodd–Frank Wall Street Reform and Consumer Act of January 2010) that abolishes federal bailouts but codifies Cyprus-style “bail-ins.” The bail-in authorizes the Federal Deposit Insurance Corporation (FDIC) to use customer funds and uninsured deposits to recapitalize failing banks. This puts us on the hook for the next banking crisis, as opposed to the federal government.

By the legal and legislative definition, we’re all unsecured creditors of our banks. In plainer terms, when we deposit our savings into a post Dodd–Frank financial institution, it’s no longer our money. In a bail-in, the money from depositors can be used to keep banks solvent. In the event of a economic meltdown, customer savings and checking accounts can be converted into instant bank equity. The bank essentially gives itself a loan with our money. In return, we get equity shares of the bank that took it.

But aren’t our deposits protected by the FDIC? Yes, customer deposits are protected up to point, but there are some very big exceptions. First of all, bank deposits are only protected up to $250,000. Second, the FDIC only covers money put into checking, savings, CDs, and retirement or money market accounts. It does not cover investment products like stocks, bonds, and mutual funds. The FDIC also doesn’t cover items in our safety deposit boxes. Most importantly, the FDIC provides coverage only if it has the assets to do so. Their holdings are minuscule compared to the totality of insured deposits. As of the end of 2016, the FDIC’s insured obligations were just under $7 trillion. The Deposit Insurance Fund (DIF) totaled only $83 billion.

All in all, it’s a clear case of adding insult to injury—banks not only can charge us excessive fees, provide poor customer service, and pay us near-zero interest on our savings, but they can also now seize our hard-earned money without warning or recourse.

Ladies and gentlemen, there’s something to be said for owning solid gold. Gold cannot be confiscated. It has no holding costs. It is not subject to massive financial reform legislation—and once we take physical possession, it is solely ours and forever within our control.