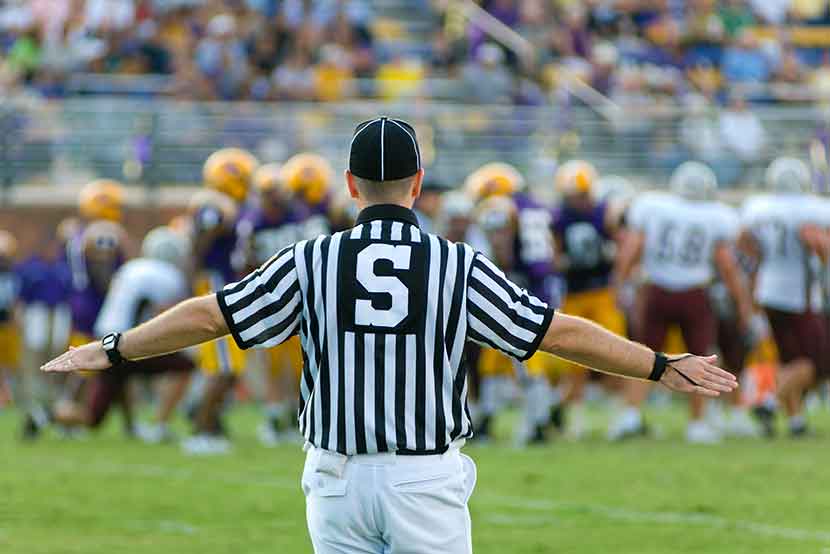 In my last post I painted a dystopian future for the NFL as as a metaphor for our current banking system. You might take a look at it before proceeding.

It can’t really be THAT bad. 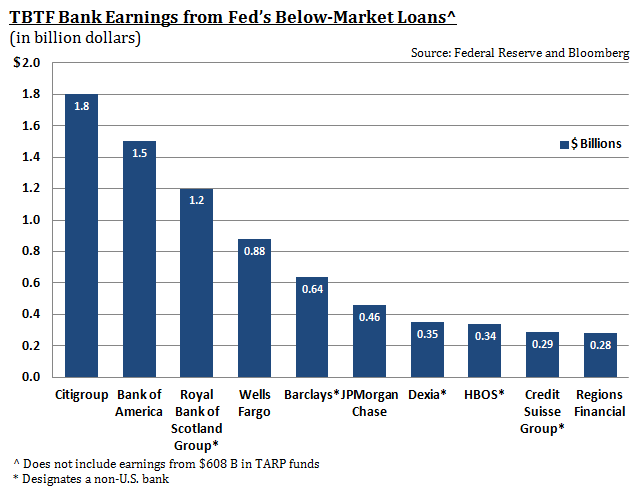 The stars of today’s too-big-to-fail (TBTF) banks are the elite financial product innovators and traders who earn huge salaries and bonuses. Often, they are fueled by PEDs such as Ritalin, Adderall, and cocaine to augment the powerful adrenaline high of gambling enormous sums of (other people’s) money with the prospect of enormous personal gains. They create financial products designed to fail, hard-sell them to their clients, bet the other side, and rake in the winnings when the investment blows up.  I could go on.

The coaches in our analogy are the management of the TBTF banks who condone, encourage, and cover up the high-stakes, self-serving behavior of traders. Like the traders, they earn enormous bonuses when their bets pay off.

The referees are the credit rating agencies and regulators that are supposed to protect investors and customers but receive fees, campaign contributions, promises of employment, even direct incentives (impolitely called “bribes”) from the banks, and rig the game in their favor. When the banks engage in such blatantly illegal acts that law enforcement finally comes after them, prosecutors allow the banks to settle for a fraction of their profits, and the banks aren't even required to admit their wrongdoing. No one, except the rare scapegoat, goes to jail or is even indicted. 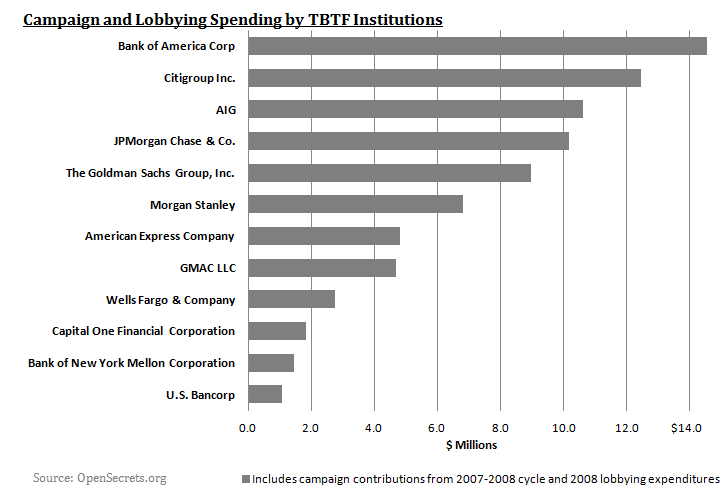 In the end, through their epic campaign contributions and lobbying expenditures, the banks enlist their friends in Washington to not only bail them out but also rewrite the law making much of this legal.

Apologists for the banks say, “Well, it’s always been this way.” No, it hasn't. Others would say I exaggerate. In fact, I've simplified the facts in this account, and the full story is much worse than I've depicted here. How the law applies to these extremely complex financial products is so impenetrable that only very specialized, and very expensive, attorneys can sort it out. (It’s helpful that the very same attorneys often write the laws.) Of course, only the banks can afford to hire these attorneys.

Authorities in the U.S. and Europe are now pursuing, or have already settled, interest rate-fixing cases against TBTF banks in the Libor, ISDAfix, and municipal bond markets. Alone, these three global financial markets account for $800 – $900 trillion in business, 50 times the size of the entire U.S. economy.

Investigations of commodities markets are right around the corner.

Sometimes I’m baffled that Americans aren't lining up at the stadium gates of Wall Street with pitchforks and torches in hand.

What does this have to do with gold?

It seems rather harsh to say it, but by all appearances the rapacious mega-bankers are not as evolved as the common parasite. After five more years of sucking our financial system dry, TBTF banks are even more engorged today than they were five years ago, and a full-scale meltdown is inevitable. When it comes, where will the money for the next $5 trillion bank bailout come from? Even if we could cough up another $5 trillion, who thinks the American people would hand it over to the banks again?

Stocks and bonds will crash, and we’ll fall into the global depression we narrowly escaped in 2009. In the 1930s, the last time we faced this specter, Europe drifted into political extremism and eventually drew the world into war. Political and economic trauma drive investors to gold as a safe haven, and gold prices will rise along with demand.

Read other reasons gold is set for another bull run.