A Sweet, Succinct History of the Gold Maple Leaf Coin 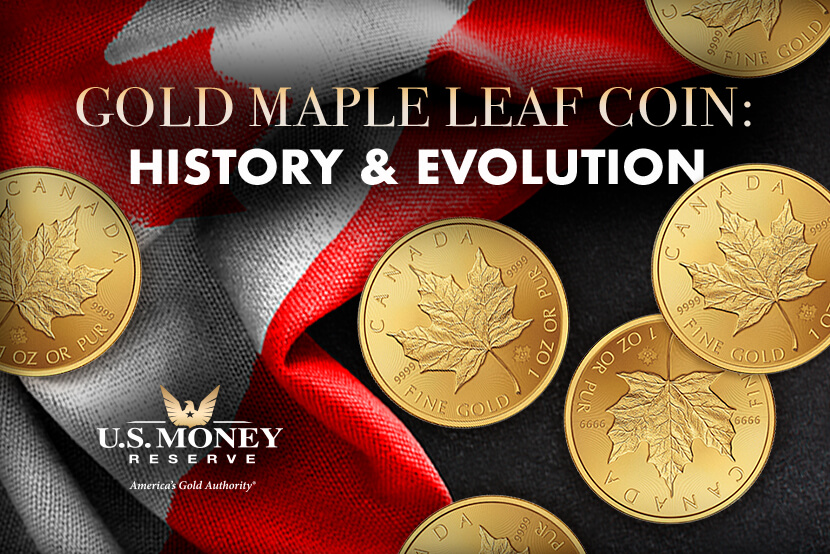 The U.S. and Canada share a rich history of collaboration and partnership. Today the two countries enjoy one of the best trading relationships in the world. We also share something else—an appreciation for gold coins.

Let’s take a moment to honor one of the most popular gold bullion coins in North America—the Canadian Gold Maple Leaf coin. Learn how this coin came to be and about its significance to both countries.

In 2019, the Gold Maple Leaf Coin marked its 40th anniversary. The Royal Canadian Mint introduced the 1-ounce coin in 1979. At the time, the purity of the coin’s gold was 99.9%. Back then, South African Krugerrands were the only pure gold bullion coins being minted anywhere in the world.

Today, the Canadian Gold Maple Leaf Coin remains highly regarded for its purity and quality. It’s considered the premier product of the Royal Canadian Mint, and it’s one of the most sought-after coins in the U.S.

The back of the coin, with a $50 face value, still bears the original maple leaf design created by master engraver Walter Ott. The maple leaf reigns as the unofficial emblem of Canada.

The front of the coin depicts Queen Elizabeth II. It’s the first coin to show the queen without a crown. Canadian artist Susanna Blunt produced the most recent portrait of the queen to grace the coin.

In 2019, the Royal Canadian Mint marked the 40th anniversary of the Gold Maple Leaf Coin with a special edition of the coin. The Mint boasts that this is the “world’s best gold bullion coin.”

“When it began in 1979 as a trial project to transform Canadian gold…few could have predicted the runaway success and staying power of the highly acclaimed Gold Maple Leaf bullion coin, with nearly 30 million ounces sold to date,” the Mint reported in February 2019.

In 2012, the Mint announced it was permanently adding a visual security feature to the coin. The security mark consists of a textured maple leaf that’s micro-engraved with laser technology on a small area of the reverse (maple leaf) side of the coin. In the center of the mark is a two-digit numeral denoting the year of issue (such as “19” for 2019). The numeral is visible only when it’s magnified.

“By introducing an unprecedented visual security feature to our world-famous Gold Maple Leaf bullion coin, we are proud to offer precious metal [enthusiasts] a gold bullion coin [that] is a world leader in its security as well as its purity,” the Mint said in 2012.