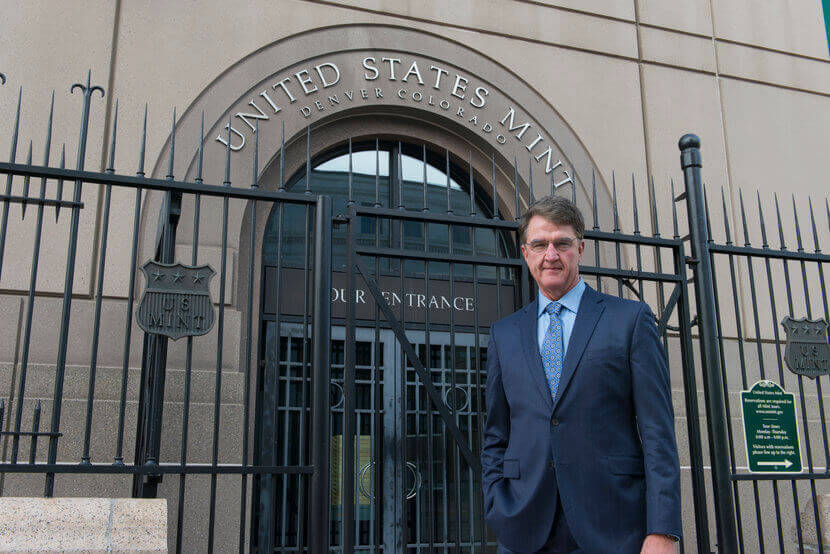 A nation's mint is generally responsible for producing the country's currency and has the government's consent to manufacture legal tender coins. Mints can also produce coin-related products, including proof, uncirculated, and commemorative coins, as well as silver and gold bullion coins.

U.S. Money Reserve is committed to delivering only the highest quality precious metals products, which is why we partner with the world's most respected coin minting facilities. We're also committed to education, which fuels our belief that gold and silver owners should know where these strategically-held assets are produced. Read on to learn about a few of the world's most popular coin minting facilities and products, including the U.S. Mint, Austrian Mint, Royal Canadian Mint, Shenyang Mint, and Perth Mint.

Coin Minting Facilities Around the World

Congress authorized the first United States Mint Facility to be built in Philadelphia in 1792. Today, the U.S. Mint is composed of a total of six facilities across America: Washington, D.C.; Philadelphia, PA; Denver, CO; San Francisco, CA; West Point, NY, and the United States Bullion Depository at Fort Knox, KY. Each one of these facilities performs a variety of functions, but nearly all modern U.S. government-issued silver, gold, and platinum coins are minted at the U.S. Mint at West Point, located near the U.S. Military Academy in New York.

U.S. Money Reserve is honored to be the only gold company led by a former U.S. Mint Director. Philip N. Diehl serves as President of U.S. Money Reserve, and has since 2014. Previously, he was appointed the 35th Director of the United States Mint and the Chief of Staff of the U.S. Treasury Department. Diehl is a respected authority on precious metal ownership and is one of America’s most influential luminaries.

Diehl commented on the impact of the U.S. Mint by saying, “I believe the Mint's role in our nation's history is best captured in a celebrated photograph I recently saw of the San Francisco Mint, one of the few buildings to survive the 1906 earthquake and fire. In peacetime and war, good times and hard times, the United States Mint has remained a bulwark of our democracy and economy. I am honored to have played a role in this enduring legacy…and I am proud of our heritage, grateful for our liberty, and confident in our gold.”

Check the mint mark on your pocket change, gold coins, and silver coins, to see which U.S. Mint produced your coin!

The Perth Mint of Australia

Constructed in 1899, the Perth Mint was built to refine gold from Western Australia's gold fields to make and distribute British sovereigns.

In 2012, it created a one ton gold kangaroo coin, the world's largest gold coin. The Perth Mint is also one of the few precious metals refiners accredited by all five of the world's major gold exchanges.

The Austrian Mint has a storied past. In 1194, Richard the Lionheart paid 12 tons of silver to Duke Leopold V of Austria. In exchange, King Richard secured his freedom from a year-long incarceration and unintentionally seeded the beginnings of the Austrian Mint. Duke Leopold chose to strike coins from his booty, setting into motion “more than 800 illustrious years of minting history in Vienna,” writes the Austrian Mint.

Mints were established and coins were struck throughout Austria until the formation of the Republic of Austria in 1918, when the Vienna Principal Mint became the country's one and only mint.

The Austrian Mint now produces a number of world-renowned coins, including the Austrian Gold Philharmonic Coin.

Beyond its gold and silver coins, jewelry, and medals, “the Austrian Mint is especially proud of the loyalty of its long-serving staff, for whom coins are a passion not merely a means of earning a living,” notes the Mint's website.

The Ottawa branch of Britain's Royal Mint officially opened for business in 1908, when Governor General Earl Grey activated the press to strike Canada's first domestically produced coin. In 1931, the mint passed from British to Canadian hands, and the institution became wholly Canadian. The mint is now headquartered in Ottawa, with manufacturing taking place in Winnipeg.

Then in 2007, the Royal Canadian Mint added another “first” to its list of accomplishments. It minted the world’s first million-dollar coin, a 100 kg, 99.999% pure gold bullion coin with a legal tender value of $1 million.

While China's minting history dates back thousands of years, it's shrouded in political strife, power struggles, and a historical timeline that's difficult to decipher.

Here's what we do know: the Shenyang Mint is one of three official minting facilities owned by the state-run China Banknote Printing and Minting Corporation. Mints are also located in Nanjing and Shanghai, with banknote facilities located in Baoding and Kunshan.

The first commemorative gold coins were produced in 1979 to celebrate the 30th anniversary of the formation of the People's Republic of China.

China's Shenyang Mint isn't known for minting a wide variety of coins, but its collection of commemorative coins, especially the Chinese Gold Panda Coin, is famous around the world.

The Chinese Gold Panda Coin has been compared to the Canadian Gold Maple Leaf Coin and American Gold Eagle Coin. It was first produced in 1982 and carries the unique honor of depicting a different panda design every year! The 2017 reverse design shows a panda sitting in front of a bamboo forest, holding a bamboo shoot in his paws. Other designs include a panda clinging to a fallen tree trunk above a small body of water (2016) and a close-up portrait of a Giant Panda (2018).

U.S. Money Reserve is one of the country’s largest distributors of U.S. government-issued coins and has served hundreds of thousands of satisfied clients. Thanks to relationships with some of the most trusted minting facilities in the world, we're able to offer our clients only the highest-quality gold and silver coins that we believe could command the greatest opportunity for growth. Call 1-844-307-1589 to learn more about these exceptional government-issued gold and silver coins today!