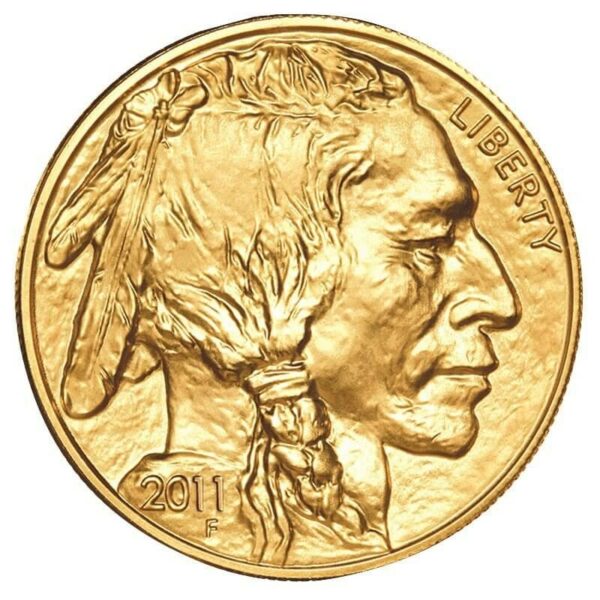 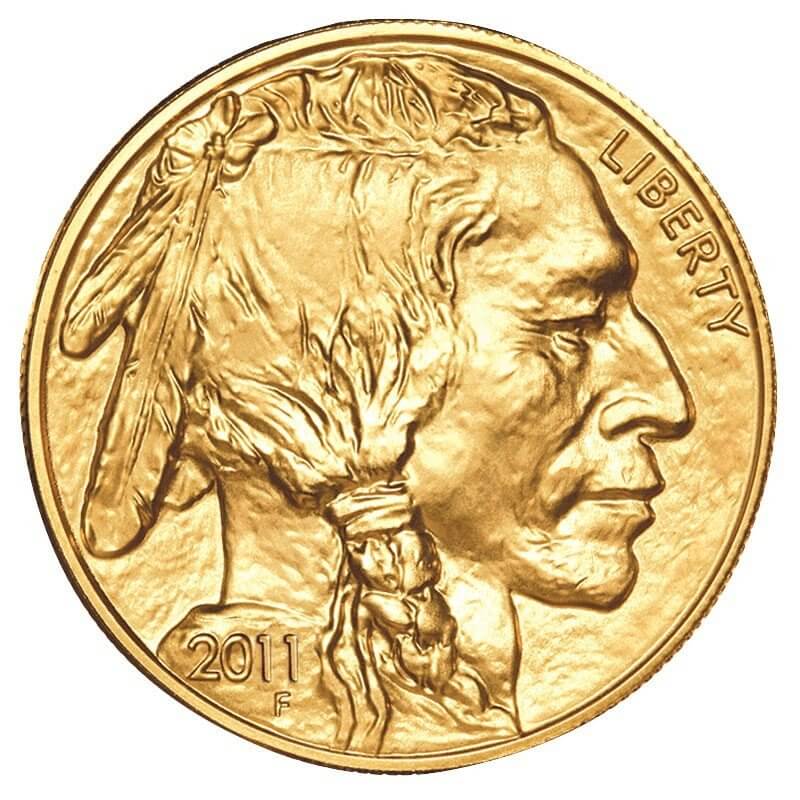 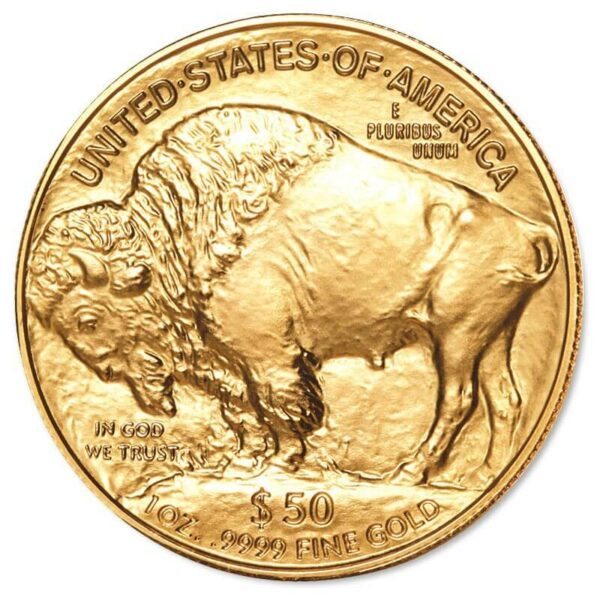 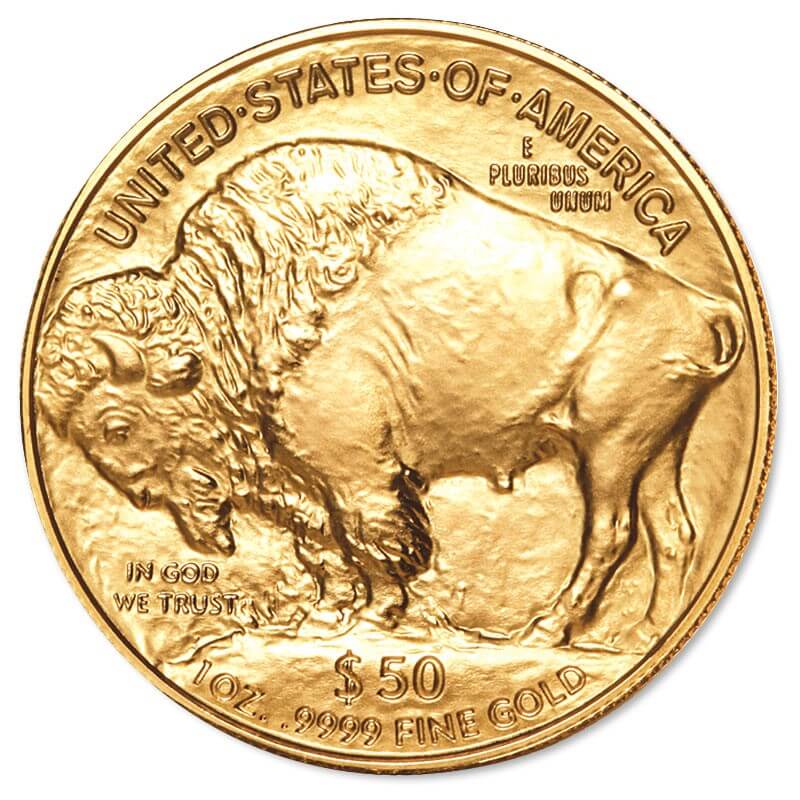 Look no further for the ultimate standard in U.S. gold coin production than our nation’s first-ever 24-karat gold coin. Extremely popular since its initial release in 2006, the 1 oz. Gold American Buffalo Coin takes its inspiration from one of the most famous designs ever struck by the U.S. Mint. Authorized U.S. legal tender, this one-ounce gold coin is a perfect addition to any gold buyer’s portfolio.

The Gold Buffalo Coin design was first seen on the Buffalo Nickel, or Indian Head Nickel. This copper nickel five-cent piece was designed by American sculptor James Earle Fraser and struck by the U.S. Mint from 1913 to 1938. The effort was part of the Mint's campaign to beautify American coinage.

The story behind the Buffalo Nickel design dates back to the Battle of Little Bighorn in 1876. That’s when the father of Buffalo Nickel artist James Earle Fraser found himself among the men dispatched to claim the fallen soldiers of that armed engagement, referred to by many as Custer’s Last Stand. The younger Fraser’s exposure to such frontier life influenced many of his works, including the Buffalo Nickel.

Years later, Fraser's designs for the Buffalo Nickel were resurrected on the Gold American Buffalo Coin.

Gold American Buffalo Coins were first released to the public in June 2006 under Public Law 109-145, also called the Presidential $1 Coin Act of 2005. Title II of this act announced the striking and issuing of $50 Gold American Buffalo bullion and proof coins. It stipulated that James Earle Fraser’s designs for the Buffalo Nickel be used on the obverse and reverse of the coin.

As previously noted, the obverse of the Gold American Buffalo Coin features James Earle Fraser’s design for the original Buffalo Nickel: a chiefly profile of a Native American man. Many believe the Chief is a composite of three men: Chief Iron Tail of the Oglala Lakota, Chief Two Moons of the Cheyenne, and Chief John Big Tree of the Kiowa. The year “2006” and the word “LIBERTY” also appear on the obverse.

Matching in majesty any creature represented on a coin, the American buffalo gracing the reverse of the 1 oz. Gold American Buffalo Coin is something to behold. The inspiration for this depiction is believed to be the most massive American buffalo ever held in captivity at the time—the monumentally-named Black Diamond. “THE UNITED STATES OF AMERICA,” “E PLURIBUS UNUM,” “IN GOD WE TRUST,” “$50,” and “1 OZ .9999 FINE GOLD” appear on the reverse as well.

Both images are stunning works of art presented on this coin with perhaps their clearest and most enduring clarity ever. That’s because the images’ first canvas, the Buffalo Nickels minted from 1913 to 1938, could not be struck to reproduce the imagery distinctly. Furthermore, the Nickels were especially prone to wear. That makes the Gold American Buffalo Coin the best place to take in the astonishing detail of Fraser’s work.

Minted at the esteemed West Point Mint Facility, this 99.99% pure gold coin can act as a form of wealth insurance, helping to preserve your hard-earned savings for future use and perhaps for generations to come. With a Self-Directed Precious Metals IRA through U.S. Money Reserve's Gold Standard Precious Metals IRA program, you’re in complete control of how well you can set yourself up financially. There are few retirement portfolio strategies as compelling as gold. Call now to learn more about gold-backed IRAs.

How Much Do Gold Buffalo Coins Cost?

The gold content of Gold American Buffalo Coins is imprinted on the reverse of each piece: “1 OZ. .9999 FINE GOLD.” It is minted bearing a legal tender denomination of $50. Prices may vary based on gold’s current market price (one reason Gold Buffalos can be an ideal choice for liquid, short-term holding); local, national, and global economic conditions; and gold supply. U.S. Money Reserve Account Executives are available for you today with more information on Gold American Buffalo prices.

Where Can I Buy Gold American Buffalo Coins?