Why was No One Prosecuted for Contributing to the Financial Crisis?

Home » Headline Gold News » Why was No One Prosecuted for Contributing to the Financial Crisis? 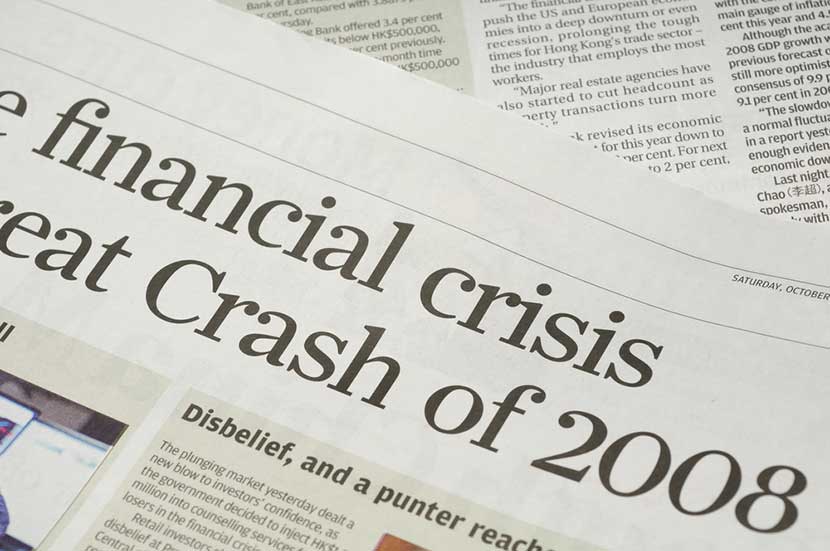 “This gags me.”  So said Elizabeth Warren in response to a Quora user, who asked, “What do you think are the real reasons that no Wall Street executives have been prosecuted for fraud as a result of the 2008 financial crisis?” Her answer, which she expounds on more thoroughly in her report Rigged Justice, is, “Weak enforcement begins at the top.”

I’ve always thought the lack of prosecution was way more complicated than a simple lack of will, in part because there is a difference between criminally prosecutable behavior and that which is morally reprehensible.  But I’m not sure whether we’ll ever know the real answer. Newly public documents from the Financial Crisis Inquiry Commission show that the FCIC referred a handful of matters to the Justice Department for possible prosecution. Most of the time, nothing happened.  In the cases where something did happen, our modern system of justice—the special one that applies to big business, that is—means that those of us on the outside—citizens, on whose behalf justice is supposed to be served—will never know the underlying truth.

Don't we at least deserve to understand?

A little background:  The FCIC was set up to investigate the causes of the financial crisis.  The commission didn’t have either the authority or the resources to do a criminal investigation.  But as the documents show, a number of matters—involving Goldman Sachs, AIG, Merrill Lynch, Citigroup and Fannie Mae—were referred to the Attorney General.  No criminal prosecutions arose from any of those.  (In Citigroup’s case, the SEC settled with the company and two executives in the fall of 2010 for a paltry sum.  The Commission drily noted, “The SEC’s civil settlement ignores the executives running the company and Board members responsible for overseeing it. Indeed, by naming only the CFO and the head of investor relations, the SEC appears to pin blame on those who speak a company’s line, rather than those responsible for writing it.”)

The FCIC also referred what I’ve always thought was the area in which Wall street had the most exposure to the criminal authorities.   That’s what Wall Street firms told investors they were buying when they bought mortgage backed securities.  Or as the FCIC labeled it, “Potential Fraud:  False and Misleading Representations about Loan Underwriting Standards by UBS and Other Issuers.”  (UBS is mentioned specifically only because the FCIC first discovered what was happening by looking at UBS.)

Back in 2010, FCIC investigators found that a firm called Clayton Holdings, which was hired by Wall Street firms to investigate the mortgages that were being packaged into securities, was finding that they were not what they were supposed to be.  Clayton examined almost a million mortgages, according to the FCIC’s analysis, and found that almost 30% failed to meet the underwriting standards that had been set, like the amount of money the borrower had put down, and didn't have other factors that might compensate for that.  And yet, Wall Street waived almost 40% of those questionable loans, sticking them into securities anyway.  (Clayton kept track of the waivers in order to protect themselves from potential liability.) The banks didn’t tell investors. “In some cases we felt that we were potted plants,” Keith Johnson, president of Clayton Holdings, told Reuters at one point.

It seems that in the run up to the crisis, the big banks were doing their best to play ostrich.  In its public report, the FCIC wrote, “Only a small portion—as little as 2% to 3%—of the loans in any deal were sampled.  When those loans turned up turnips, the banks didn't do the logical thing, and have Clayton go investigate a bigger sample. Instead, they hid their heads in the sand—and didn't bother to inform their investors of any of this. “Prospectuses for the ultimate investors in the mortgage-backed securities did not contain this information, or information on how few loans were reviewed, raising the question of whether the disclosures were materially misleading, in violation of the securities laws,” the FCIC wrote in its report.

The newly disclosed documents go into even more detail about why this might have violated the law.  In a document entitled “Material Misstatements and Omissions in Various RMBS Offering Documents,” the FCIC laid out a potential case. Securities laws require sellers to “adequately describe for potential investors what they are offering, including the risks which may be associated with making such an investment.  If the seller makes a false or misleading statement of (or omits to state) a material fact in a prospectus, it can result in the issuer of the securities and underwriters being liable to investors and becoming subject to federal prosecution. The prospectuses and other offering materials used in connection the sale of residential mortgage backed securities in a substantial number of offerings between 2006 and 2007 (and maybe before), may have contained false statements and omissions relating to disclosures about the credit risks and origination standards of the underlying mortgage loans.”

People have been sent to jail for less. See Enron.

What happened then?  Well, in this case, not nothing.  The big banks have paid a lot of shareholders’ money to make this go away. The Wall Street Journal just did a remarkable tally, and found out that the big banks have, to date, paid $110 billion in mortgage-related fines, many stemming from the Justice Department’s investigations. (The Journal’s examination of where the money has gone is a scandal in and of itself, but that’s another story.)

Take a closer look at Morgan Stanley, which settled with the Justice Department on February 11, agreeing to pay $2.6 billion.  (This is one of the smaller settlements, but it’s also the most recent one.) According to the statement of facts that accompanied the settlement, Morgan Stanley “did not disclose to securitization investors that employees of Morgan Stanley received information that, in certain instances, loans that did not comply with underwriting guidelines and lacked adequate compensating factors and/or had understated loan to value ratios were included in the RMBS sold and marketed to investors.”   In other words, Morgan Stanley knew bad things, and it did not inform investors who were buying the securities it created of those bad things.  The statement of facts also illustrates how Morgan Stanley overrode Clayton. For instance, Clayton flagged a cash out refinance loan made to a checker at a florist shop, who said she had an income of $9000 a month. Morgan Stanley overrode the decision.

In announcing the settlement—which the State of New York signed onto as well—Benjamin Mizer, the head of the Justice Department Civil Division, said,  “Those who contributed to the financial crisis of 2008 cannot evade responsibility for their misconduct.”

Oh, but yes, they can!  There is not a single name in the entire statement of facts. Bad deeds were done, but no human being did them, and that responsibility that could not be evaded was born by the banks’ shareholders, not by anyone actually employed by the bank. (A caveat:  The document says that it does not release either the firm or any individual employees from criminal charges.  But to date, those have been totally empty words.)

I’m not arguing that individuals or the banks for sure should have been prosecuted. Morgan Stanley, along with all the other banks, clearly was able to marshal some evidence that no matter how horrendous their behavior was from an ethical standpoint, no one broke any laws.  Or as Justice noted in the statement of facts, “The United States believes that there is an evidentiary basis to compromise potential legal claims by the United States against Morgan Stanley for violations of federal laws in connection with the packaging, marketing, sale, structuring, arrangement and issuance of these RMBS.”  What this means is that the Justice Department wasn’t sure that a case against Morgan Stanley was winnable.

So the two sides hammered out a settlement, every single word of which you can bet was heavily negotiated.  The Justice Department gets money, and gets to trumpet a victory, and Morgan Stanley and its employees get to walk away.  More broadly, that’s what has happened with all the banks.  And the rest of us?  Well, we don’t know whether the big banks bought off the US government, or whether the US government extorted the banks.  We’re left with no real answers as to why no one could be prosecuted in a crisis that defined our times.  Now THAT makes me gag.