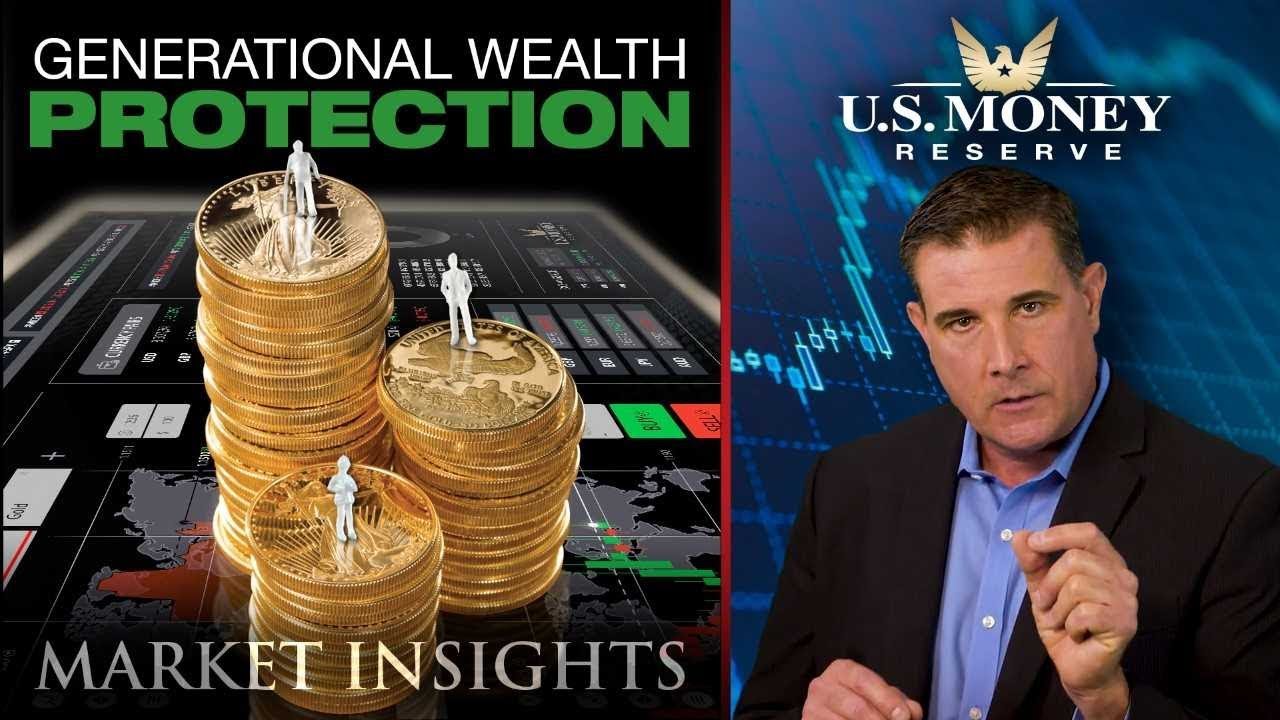 Over the next 25 years, an estimated $68 trillion will be passed down in what is being called the largest transfer of wealth ever recorded. But a declining U.S. dollar is threatening these hard-earned dollars now more than ever before. Find out how gold can protect and grow your wealth for future generations in today's episode of Market Insights with Coy Wells.

In the next 25 years, some odd $68 trillion will be passed down in inheritance to their heirs and every single day retirees ask me, is gold a good asset to put your money into? My question I tend to propose to them or the consumer is, is that in the next 10, 15 or even 25 years, do you believe the value of the U.S. dollar will hold where it stands today? And if we go backwards another 25 years, does the dollar hold the value that it did 25 years ago? And the answer is no. Most retirees understand that the value of the U.S. dollar does not buy what it used to. But if we can go back in time, just back to the year of 2000, I myself experienced the power of gold. Gold at that time was roughly $242 an ounce in the year of 2000. At that same time, the United States was experiencing a recession called the .com bubble and consumers, and the American people, were worried that the computer system was not going to carry over the year 2000 and retirees were pulling money out of the financial system and the banking system of the United States. Unknownst to me, my parents had pulled out roughly $250,000 and converted it into gold.

Today that same amount of money currently holds about $1.5 million. If you look at the power of gold, it is been money since man has been around. We all know that gold has always been a form of exchange, of power and wealth and not only from a consumer standpoint, but every single nation worldwide always has a form of reserves in gold. The reason for it is that gold is a form of stored power and wealth, for not only countries, but as individuals. The United States today still holds, as the largest gold holder in the entire world, and if it's good enough for the United States, it ought to be good enough for you. So the answer is yes. Gold is the strength of your money over the long term and it is the strength to generational wealth.

To get more information on this topic, you can get U.S. Money Reserve's latest report, The Secret To Generational Wealth. It has a lot of good detailed information on generational wealth and wealth protection. To get a copy, click on the link below or call the number on your screen. If you like the information today, please like and share this video and if you're watching us from YouTube, please subscribe so you don't miss a single episode. I'm U.S. Money Reserve's Coy Wells, and as always, thanks for watching market insights.