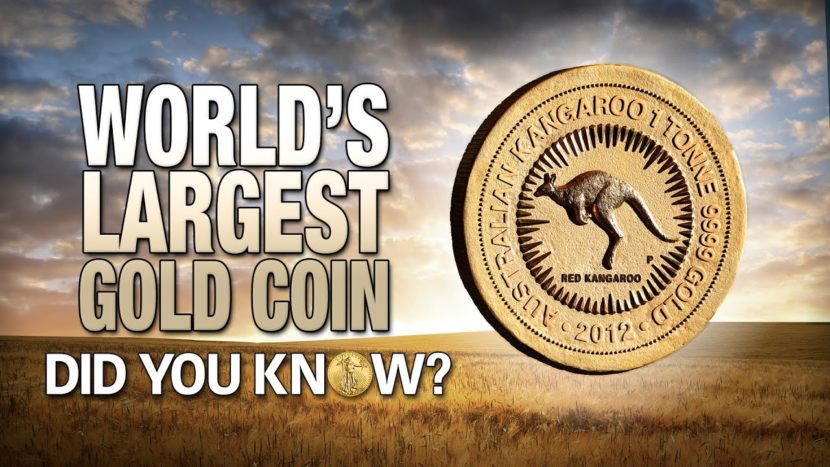 What weighs 1 ton, has a 31-inch diameter, and comes from Australia? The answer is the world’s largest gold coin. If you’re interested in learning more, watch this episode of U.S. Money Reserve’s “Did You Know?”

In 2011, the Perth mint debuted the world's largest gold coin. Weighing in at one ton, this coin is over five inches thick and has a diameter of over 31 inches. The coin was constructed with 99.99% pure gold sourced entirely from Australian mines. Stuart Devlin was the artist credited with the design of the coin, which contains a hand finished image of Queen Elizabeth II on the obverse side and an image of an Australian kangaroo on the reverse side. The coin is considered legal tender in Australia and is valued at over $50 million as of June 1st, 2020. Due to the coins large size and heavy weight, the Perth Mint had to acquire new equipment capable of constructing such a coin. First, a graphite mold was created and molten gold filled the cast. After its formation, reeded edges were added by hand, completing this record breaking gold coin. In 2012, the coin was officially acknowledged as the largest coin in the world by the Guinness Book of World Records. Call the number on your screen if you'd like to learn more about gold's place in history and gold's place in your portfolio. Make sure to subscribe, to see more of our videos on various topics.