Will National Debt Cause the Next Recession? | USMR Market Insights 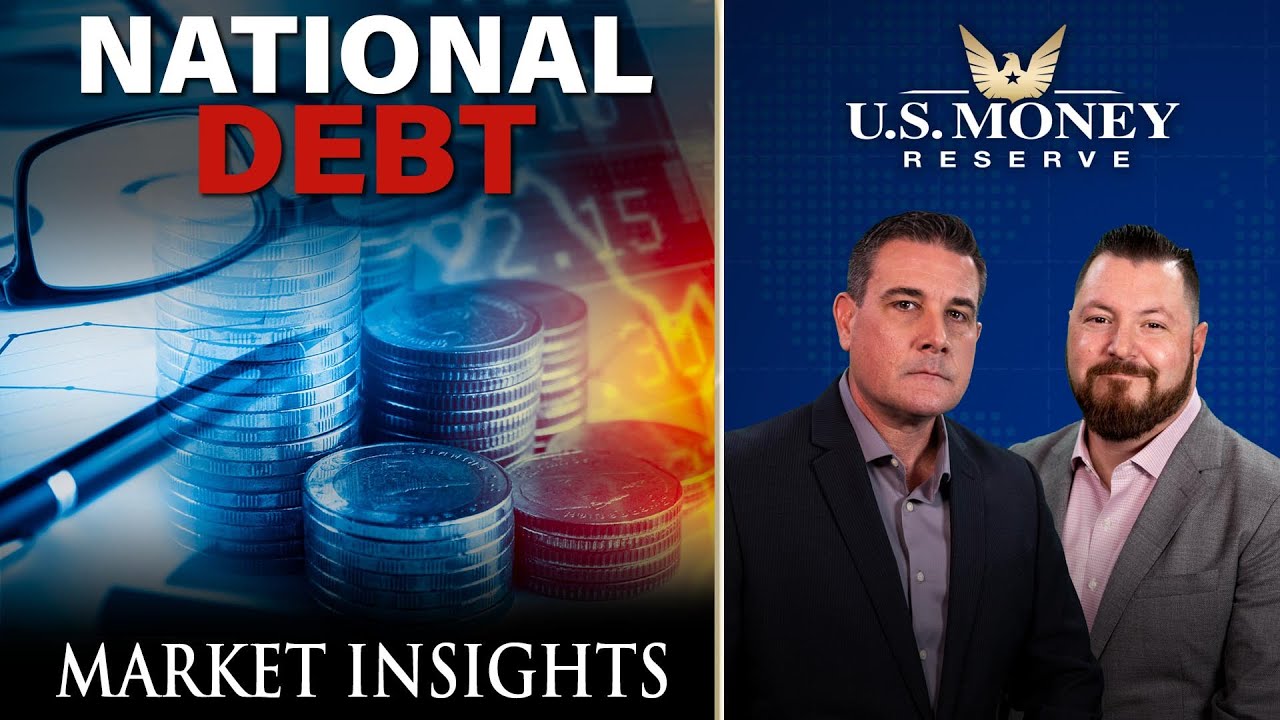 We're being told time and time again that the economy is thriving, but the actions of the government seem to indicate otherwise. Quantitative easing, or the printing of new money and US Dollars without anything really backing up, is the known sign of a recession, and does not occur when the economy is doing well. This and many other occurrences point to a recession that is coming or has possibly already started. Find out how to protect your assets in this event.

Will National Debt Cause the Next Recession? – Video Transcription

Today we're here with Mr. Patrick Brunson, and we're going to continue our discussion in regards to the debt here in the United States. There's been several major events that have taken place really in about the last eight weeks and we're going to discuss those two very specific items that have taken place and what they mean in the disconnect that the people have from what the mainstream media is telling us and what's happening. And Mr. Brunson is going to kind of help us explain and walk us through that scenario. The first thing that took place was about eight weeks ago and it was discussed on almost every major news station for about two and a half weeks, and it's what they call an inverted yield curve. And the disconnect is, is that most consumers don't really understand the phrase “inverted yield curve” unless something's actually taking place they can physically see, that they can put their hands on, they don't understand what the verbiage means, and that's really where the disconnect comes from. The inverted yield curve took place roughly about eight weeks ago and we're going to have Mr. Brunson kind of give some insight on what the inverted yield curve means, and obviously inverted means upside down, and he's going to give an explanation on what that exactly means.

Right. So the yield curve pertains to treasury bonds. That's how the government continues to pay its obligations it sells treasury bonds to other countries, financial institutions, and even the private sector. The key thing is is that you can buy different lengths worth of treasury bonds, so you can buy short term, which are three months, six months, or 12 months or you can buy long terms treasury bonds like three year, five year and 10 year, 20 years old and so forth. The key thing is the longer the length of the treasury bond, usually the more interest it's going to pay. That's usually driven by demand, but at the same time, the longer you hold that treasury, the more interest you should get. Well, back in 2009 when we were in the pit of the recession, a lot of these countries like China and Russia, Japan, they were buying up large amounts of 10 year treasury bonds. They felt that the United States had reached the bottom of the recession, we were starting to recover, so they believed that we had a lot of room to grow. So they bought 10 year treasuries. Well those treasuries have now come due this year, and so usually as long as the confidence is still strong within the United States economy, they would just renew those treasuries. Problem is, is they're not doing that. They're dumping the U.S. treasuries, several billion dollars worth, and they're only buying the short term treasuries right now, the three month. And so it's gotten to the point now where the three month, the short term treasury bonds, are now paying out more interest than the long-term 10 year treasuries. That's the inverted yield curve itself.

Right. And this is actually an enticement done by the U.S. government. So they're offering a higher interest rate on a three month note to entice countries and the private sector and companies and corporations to get involved in U.S. Treasury bonds. This is typically done when the United States is running short on cash. So this is a method or a manner that the United State's uses to get more cash into the country. The problem is is that it didn't necessarily work the way that the government wanted it to work, it didn't get enough revenue or income coming in. So what's now happened is about two and a half weeks ago, Donald Trump announced that he's going to challenge Jerome Powell with quantitative easing.

And again, another term or phrase that is a disconnect from the mainstream media, to the retired sector, or the consumers in the United States. Most don't remember what quantitative easing means. So quantitative easing is a fancy word for printing money. So Mr. Brunson is going to go kind of go into quantitative easing and the impact of what that means, along with lowering interest rates.

So, quantitative easing is just a fancy term for printing money. I don't know if the media is just scared of using that term, but that's really all it is. Its printing money out of thin air, nothing backing it. So, the idea is when interest rates are lower it makes money cheaper, so people can borrow money with virtually no costs, it allows people to buy homes, cars, and things of that nature for very, very low interest. It helps stimulate the economy. Problem is, is we don't usually do that until after we're in a recession already. So one of two things could be going on. Either A, Trump is worried that we're about to go into a recession because every economic sign is there that we're about to go into one, everybody's talking about the global economy slowing, so he's trying to push off this recession more than we already have to prevent it from happening before we go into this next election year. Whenever we go into a recession, it's usually during an election year. The second thing is we may already be in recession. So, what that essentially means is we can be in recession right now, but the government never publicly recognizes that we're in a recession until we're already six months into it. So they may already know that we've started, you know, negative economic growth this quarter, and it may not be looking so good, which is maybe why Trump is challenging the Federal Reserve to start printing money and lowering interest rates again.

And he's exactly right. So, think about it for just a second, is that the terms and phrases that they're using, they're not something that is unknown, but it's unknown to the average American that's out there that has money sitting in any sector of the market, that is at risk. So, if the government can't dredge up or sell our debt in a manner that is cohesive to the U.S. economy, number one, we're going to lower interest rates and we're gonna do it for a shorter period of time. So it's like a fire sale, we didn't dredge up enough income off of that or enough debt that was sold to be able to raise the debt limit. So the second extreme measure would be to print money like we just talked about and the word they use was quantitative easing.

And think about that. If the mainstream media came out and said that the Trump administration was going to start printing $1.3 trillion and lower interest rates to get it out into the economy at a quicker rate, most people understand that printing money takes away from the value of the U.S. dollar, and it would be a true signal to the American people that we are going into a recession or a pre-recession, like Mr. Brunson is describing. This is very important to understand because that means that it contradicts everything that they're telling us. They're telling us that the economy of the United States is very strong, everything's improving, but you don't do a fire sale on U.S. treasury notes, and number two, you don't start printing money when the economy's doing well, that contradicts everything that's happening. The other thing that's very important to understand is, is that how many times has the inverted yield curve taken place? And when was the last time the inverted yield curve took place?

It's happened quite a few times, but the last time it happened was in 2007. The key thing with the inverted yield curve is each and every time it happens, it's usually followed by a recession.

Right. So what's happened nine times. The last time it happened it was in 2007 and it's betting 100% as of right now, and the 10th time just occurred about eight weeks ago.

Absolutely. So, if you'd like to get more information on this topic, you can get U.S. Money Reserve's latest report, In Debt & Out of Time. It's got a lot of really good information about what we've discussed today, and it also has some solutions on how you can help protect your portfolio. If this recession is in fact at our doorstep, it can help you with your options and how to protect your money from it.

If you're watching from YouTube, please subscribe to our channel so you don't miss a single episode.

With that being said, I'm U.S. Money Reserve's Patrick Brunson

and I'm Coy Wells, and thank you for watching USMR market insights.