When Will the Fed’s Repo Operations End? 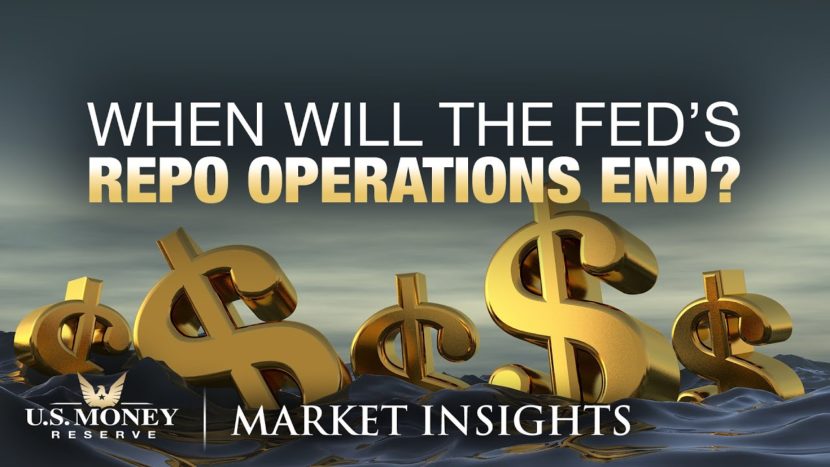 Reports by the Wall Street Journal show that the Federal Reserve has continued to inject billions of dollars into what is called the “repo market” and have even begun adding something called a “reverse repo” into the mix. Reuters has noted that these operations have no clear ending in the immediate future. Learn more in this episode of USMR Market Insights with Patrick Brunson.

When Will the Fed’s Repo Operations End? – Video Transcription

Patrick Brunson:           00:01
According to the Wall Street Journal, the Federal Reserve has continued with a program that places billions of dollars into the hands of banks and other major financial institutions. This program started with a single operation on September 16th, 2019. On this day, the New York Fed bought $53 billion worth of treasury bonds with an agreement to repurchase the bonds back. Since then, the Fed has repeatedly made these multibillion dollar repurchase agreements over and over. The question on many people's minds when they hear about this is: why is the Fed doing this? Essentially, they're trying to ensure there is sufficient liquidity in the financial system. As reported by the Wall Street Journal, institutions who hold treasury bonds typically sell them in order to have cash flows for other activities. When they sell these treasuries, they do so with an agreement to repurchase the treasury bonds back with interest. These agreements are known as repos.
Patrick Brunson:           00:56
When buyers of the treasuries began to refuse doing so, the Fed stepped in and began buying these treasuries to keep cash flowing throughout the financial system. In the month since, it has been reported that there have been multiple repo operations by the Fed. Reuters has reported that the Fed was planning to have the operations last until the end of January. But until a permanent solution is reached, the operations will likely continue beyond that. They also reported that some staff members believe these operations will probably continue until at least April. Recent operations have taken an interesting twist, however. It was reported that on Wednesday, January 22nd, in addition to spending 49.8 billion in overnight repos, there was also 15.6 billion spent on reverse repos. These reverse repos are basically the opposite of a regular repo operation, with the Fed now temporarily loaning treasuries for $15.6 billion in cash. Additionally, the Wall Street Journal reports that there were $74.2 billion in repo operations and another $12.9 billion in reverse repo operations on January 23rd alone.
Patrick Brunson:           02:05
This was followed by 55.3 billion in repo operations for the following weekend, with no reported reverse repos at all. Whether these new reverse repos will become a regular part of the Fed operations, or how long these Fed operations will last, well, that remains to be seen. For more information about major stimulus policies, such as these, please call the number on your screen for more information about U.S. Money Reserve's special report: The Big Easing: Are Global Stimulus Policies Burning Out? This free report delves into the facts about the signs of the slowing global economy. So click the link below for a free download and please give us your thoughts in the comments below and share this video. Make sure to subscribe to our YouTube channel so that you don't miss a single episode of Market Insights. I'm U.S. Money Reserve's Patrick Brunson, and thank you for watching.