What Are These Recession Indicators Saying? 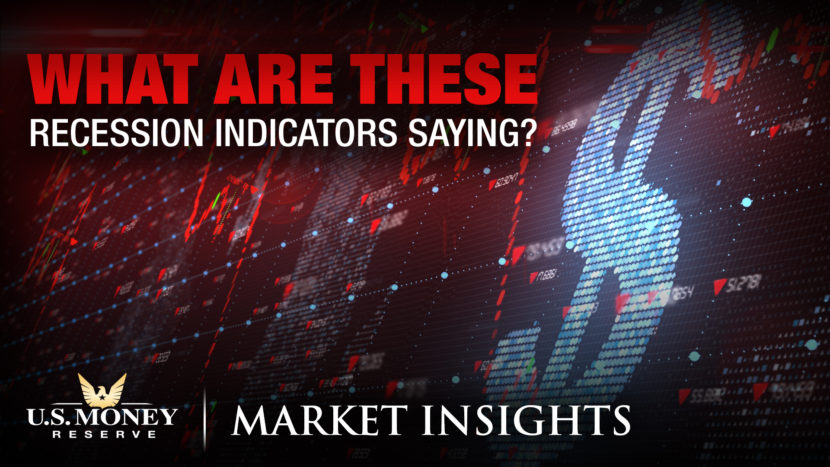 When you’re trying to protect yourself against future economic shocks, not knowing what’s around the corner can be frustrating. Make sure you’re up to date on these current recession indicators and why they matter now. Learn more in this episode of USMR Market Insights with Coy Wells.

What Are These Recession Indicators Saying? – Video Transcription

Are the indicators of recession really there? For the better part of the year, the key indicators would suggest yes and now it appears that they're showing at a more rapid rate. The first indicator that we really started looking at was the inverted yield curve that had taken place with the United States bond market in the beginning of the year and has continued throughout the year of 2019. This is where the interest rate on a 10-year treasury note fell below that of a two year and or a three-month treasury note. Historically we would see a higher interest rate on long term treasury notes opposed to that of a short-term note. This is key to understand, as this is an effort by the government along with the Federal Reserve, to entice countries or individuals to buy our treasury bonds for a short term with a higher interest rate. Historically, US treasury notes have been regarded as one of the safest assets to hold during times of uncertainty. It also tells us that we have to entice countries to purchase short term bonds at a higher interest rate. This would also suggest that countries are unwilling to diversify with us for a long period of time as they have lost long term confidence in the U.S. economy.

The third indicator started on Tuesday, September 17th when the New York Federal Reserve started printing money under a process called overnight repo rates or rescue rates. This is where the federal reserve printed roughly 53 billion for the first time under a so-called rescue process in a decade with the last one occurring in the year of 2008. This is done to ease pressure in the market by purchasing treasuries and securities to keep borrowing costs low. It not only took place on Tuesday, it happened on Wednesday, Thursday, Friday, and again on Monday with now printing close to roughly $500 billion in the last five days. As we all know, the last time we printed money, it led to a disaster. We also know the long-lasting effects it has the dollar. The cracks in the financial markets are becoming more visible and they are appearing at an alarming rate.

For a more in-depth understanding of what we've discussed today, I want you to call the number on your screen to receive U.S. Money Reserve's latest special report, U.S. Stock Market Crashes: Lessons from the Losses. This report provides in-depth coverage of the causes of previous market crashes and please click on the link below or call the number on your screen to get your copy today. If you're watching us from Facebook and would like to see more of our videos, check out our YouTube channel. Where we have tons of information touching on all different subjects. I'm U.S. Money Reserve's, Coy Wells, and thank you for watching Market Insights.