Vintage Coins: Did You Know? 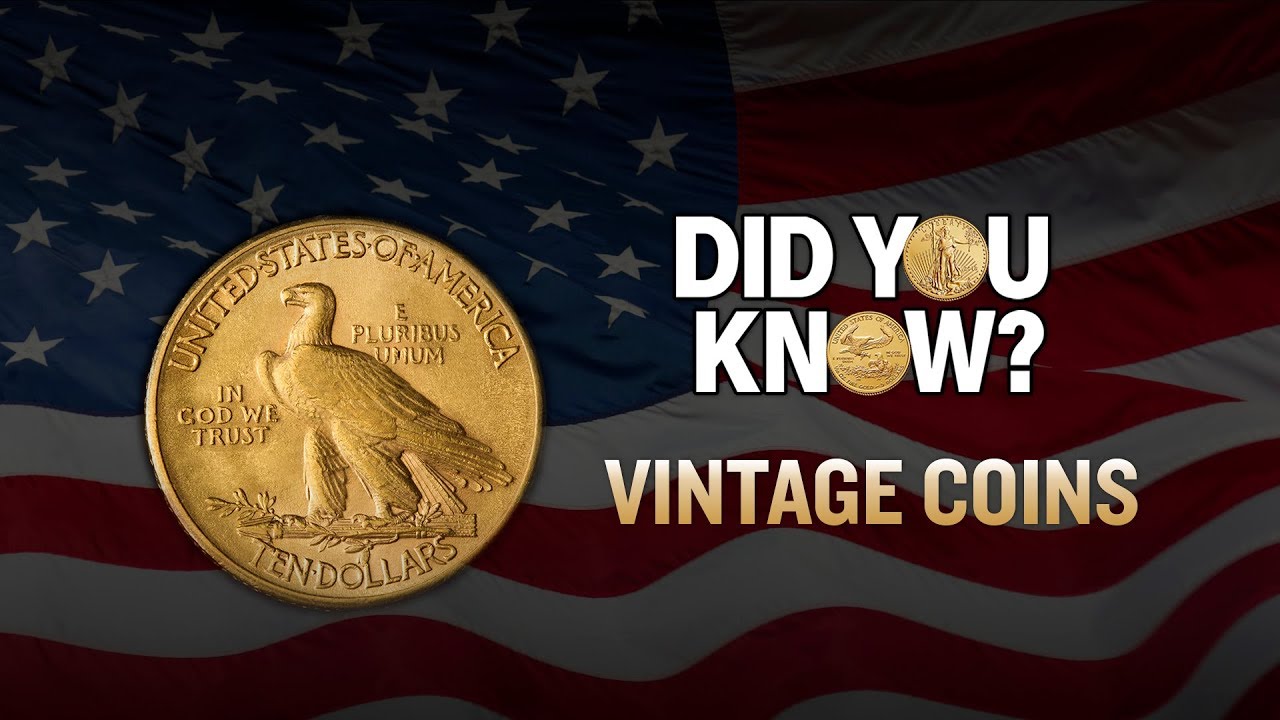 Prior to the coin recall of 1933, various American gold and silver coins were produced as currency and placed into circulation.

The 1849 Liberty double Eagle is one of the most famous and valuable coins ever struck. Only a single example of this legendary rarity is known. The coin is part of the national numismatic collection of the Smithsonian institution. It's estimated value is around $15 million. The Morgan silver dollar is a dollar coin minted by the U S from 1878 to 1904 and then again in 1921. Named for its designer, United States meant assistant engraver George T. Morgan, the Morgan silver dollar is one of the most collected and collectible U S coins in history. The peace dollar was the result of a competition to find designs emblematic of peace. It's reverse. Depicts a bald Eagle at rest clutching an olive branch with a legend peace. It was the last United States dollar coin to be struck for circulation in silver. President Theodore Roosevelt was dissatisfied with the Liberty series of coins. In 1905 Roosevelt commissioned Augustus St. Gaudens to create the new American coins.

The St Gauden's Double Eagle was minted from 1907 to 1933 the 1933 double Eagle is among the most valuable of us coins. With the sole example currently known to be in private hands selling in 2002 for $7,590,020 also designed by Augustus St. Gaudens. The Indian head Eagle was minted from 1907 to 1933 St. Gaudens was suffering from cancer and did not survive. To see the coins released, the Indian headquarter Eagle and half Eagle coins were minted from 1908 through 1929 and were designed by Bella Pratt, the obverse pictures an Indian chief, the first true American Indian ever to appear on United States coinage. Call the number below or click on the link in the description to learn more about the value of gold and other precious metals.